Four new caps and two returning players from the 2017 World Cup winning side have been named in the Black Ferns to play Canada as part of the Women’s Rugby Super Series 2019.

North Harbour No.8 Pia Tapsell has been named to make her first Test start in the series opener.

Four new caps and two returning players from the 2017 World Cup winning side have been named in the Black Ferns to play Canada on Friday afternoon (Saturday morning NZT) as part of the Women’s Rugby Super Series 2019.

North Harbour No.8 Pia Tapsell has been named to make her first Test start in the series opener.

Tapsell, 20, has been a standout for her province where she has established herself as the most prolific try-scorer in North Harbour women’s rugby history.

The Bay of Plenty pair, of hooker Luka Connor and loose forward Karli Faneva, Counties Manukau halfback Arihiana Marino-Tauhinu have all been named to make their Test debuts from the reserves. Ward-Duin is bracketed with Leilani Perese at this stage.

Black Ferns Head Coach Glenn Moore said the coaching team had been watching Tapsell closely for the past two years.

“She’s a very physical player and a good ball carrier and she came through strongly in the match against the Barbarians. Pia thoroughly deserves her start.”

Moore made special mention of Marino-Tauhinu, who spent time with the Black Ferns without taking the field in the past, saying she had earned her recall through hard work for her province.

Centre Carla Hohepa and prop Toka Natua will wear the black jersey for the first time since the 2017 Women’s Rugby World Cup final in Belfast.

Hohepa, 33, took time out to have a baby and Moore said the speedy Waikato mid-fielder/wing was back to her best form and eager to make her mark in the series.

“Carla is a very experienced player and we’ve always believed she is world class. She’s worked hard to get back in great physical shape and shown some good signs in all the lead-up games. She’s also part of our leadership group and is influential on and off the field.”

Moore said Natua – also from Waikato – had earned her selection in a highly competitive position.

“We’ve decided to go with Toka in this instance. She was the player of the World Cup Final, she’s had a year off, she’s back, and we want to see what she brings.” 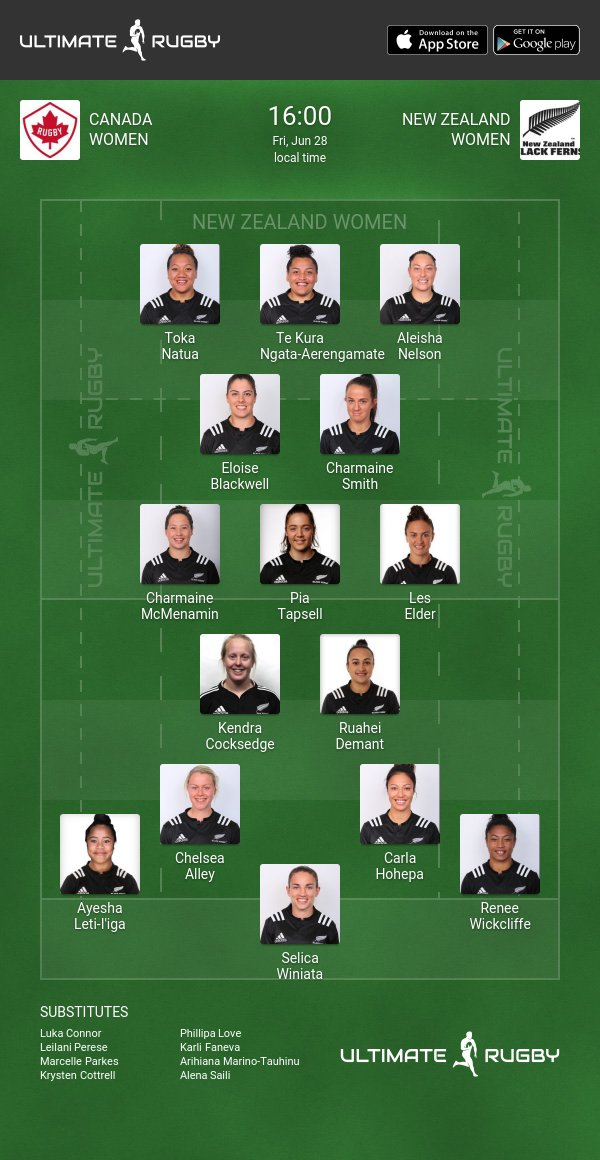