Brumbies Head Coach Dan McKellar has opted for continuity ahead of the Brumbies trip to Parramatta this weekend with only two changes to the starting line-up that defeated the Sunwolves in Tokyo.

Andy Muirhead comes into the starting XV on the right wing in place of Henry Speight, whose calf injury keeps him out of the matchday squad, whilst Rob Valetini starts for the first time since Round 5, ironically also against the Waratahs, at GIO Stadium in Canberra.

A new Super Rugby venue will await the Brumbies when they take on the Waratahs with the recently built 30,000 seat Bankwest Stadium providing the stage for what is always one of the highlights of the season, and a match of vital importance in the competition standings.

The team has a settled look about it once more, with the backline introduction of Muirhead allowing the winger the chance to link up with Toni Pulu and Tom Banks in a back three that provides genuine pace and try-scoring ability.

Inside, the midfield pair of Irae Simone and Tevita Kuridrani have been in sparkling form in recent weeks, feeding off the service provided by Joe Powell at scrumhalf and Christian Lealiifano at flyhalf, the latter, who will lead the side once more and is closing in on 950 Super Rugby points.

Up front James Slipper continues at Loosehead prop with Folau Fainga’a and Allan Alaalatoa completing an all-Wallaby front row. The international theme continues at lock where Sam Carter and Rory Arnold are paired for the eleventh time this season whilst Valetini joins Tom Cusack and Pete Samu in the backrow.

Amongst the replacements, McKellar has opted for six forwards once more with Lachlan McCaffrey and Jahrome Brown covering the backrow positions.

Darcy Swain provides cover at lock with the front row trio of Scott Sio, Leslie Leuluaialii-Makin and Connal McInerney, who crossed for three tries from the bench in Tokyo, becoming only the fifth Super Rugby player to achieve that feat. 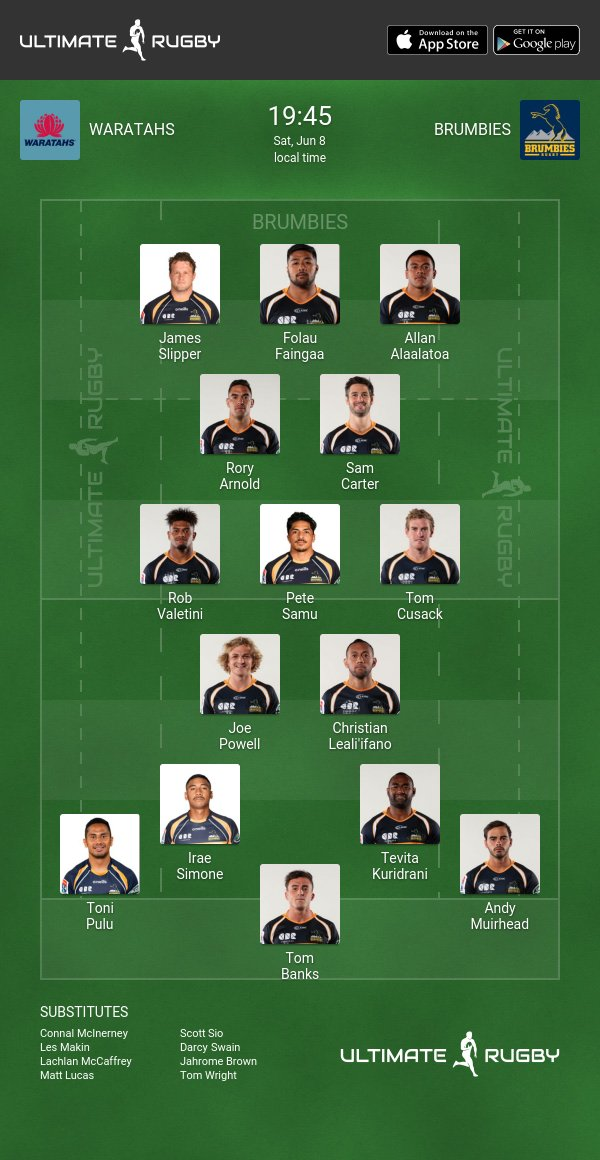