France coach Jacques Brunel has announced his team for the Pool C match against Argentina in Tokyo Stadium on Saturday, 21 September.

The French head coach has backed the Toulouse halfback pairing of Antoine Dupont and Romain Ntamack while Wesley Fofana misses the clash and is replaced by Virimi Vakatawa who starts alongside Gael Fickou.

Veterans Guilhem Guirado and Louis Picamoles are both set to appear in a third World Cup. In this sense, they are the most experienced players in France's squad.

Guilhem Guirado is the only France starter that also started in the 62-13 defeat by New Zealand in the quarter-finals at RWC 2015. Bernard Le Roux started in that match and is on the French bench now.

Maxime Medard played in all seven of France's matches at RWC 2007, including the final against New Zealand. He did not feature at RWC 2015.

Romain Ntamack is the son of Émile Ntamack, who featured for France at wing and centre in 11 RWC matches in 1995 and 1999. He started at inside-centre in the 1999 final, which France lost 35-12 to Australia. The Ntamacks will become the first father-son combination to represent France at the Rugby World Cup.

Jacques Brunel led Italy to a third-place finish in their pool at RWC 2015, behind New Zealand and Argentina.

Paul Gabrillagues is suspended for this match, and will become available after France's opener against Argentina. 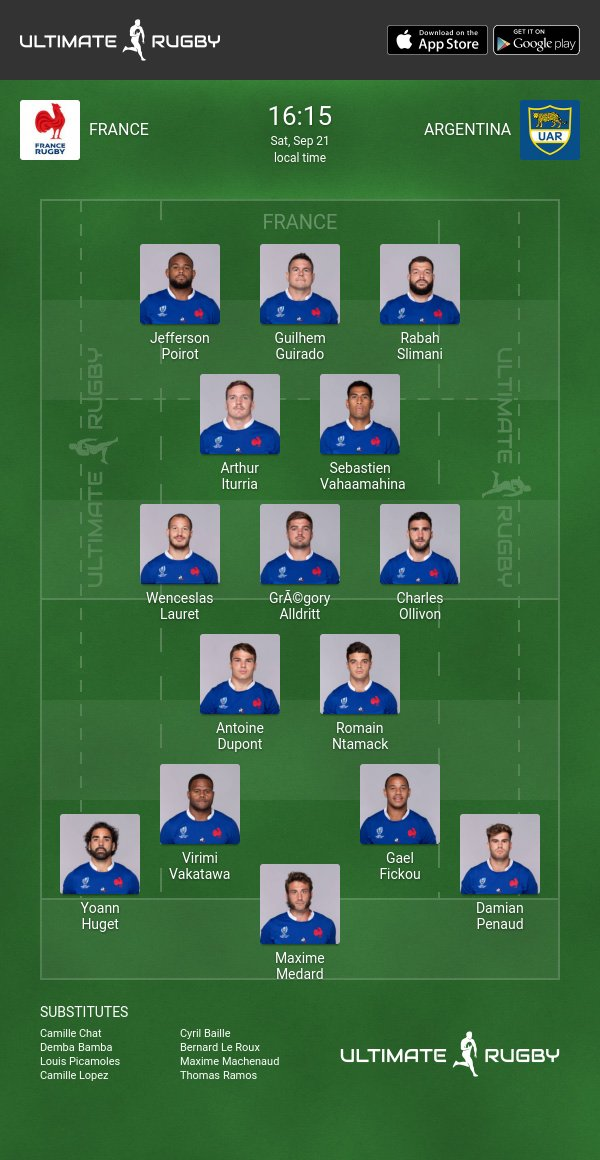