Bulls go into URC final with unchanged side

The Bulls will go into the United Rugby Championship Grand Final against the DHL Stormers with one change to the team that defeated Leinster in the semi-final of the competition. David Kriel falls to the bench with Kurt-Lee Arendse playing at 15 and Canan Moodie moving to 14.

The two South African sides will meet at the DHL Stadium on Saturday night for the title-deciding inaugural Vodacom URC final match.

The Vodacom Bulls, who were sitting in 15th position on the log table at the start of the year managed a gradual, but crucial progression over the past few months which culminated in a massive victory over European giants, Leinster, in the semi-final in Dublin last weekend.

The DHL Stormers, on the other hand, booked their spot in the final with a victory over another Irish side, Ulster, at home in Cape Town in the other semi-final.

These two results further added to the long-standing North versus South SA derby with both sides eager to stake their claim as the first-ever winners of the cross-hemisphere competition.

The Bulls team to play in the Vodacom URC Grand Final against DHL Stormers is: 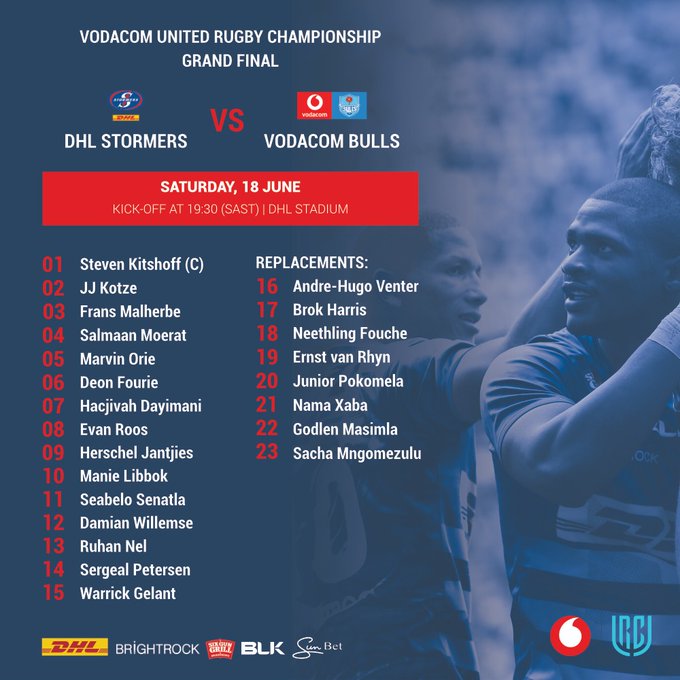