The first of this weekend’s Challenge Cup semi-finals kicks off with Bristol Bears hosting Bordeaux at Ashton Gate.

Bears have proved to be a force to be reckoned with over the course of the tournament, posting several big wins. In fact, they are unbeaten up until now, their closest result being an unexpected, 7-7 draw with Zebre in Round 6.

Interestingly, the teams are very evenly matched in terms of results, Bordeaux also with one draw nestled in amongst a host of convincing victories.

Bristol breezed past Dragons in the quarters 56-17 while Bordeaux had a slightly tougher time of it against Edinburgh, emerging 23-14 winners.

Bristol were slow starters against Dragons, the latter enjoying a 10-0 lead in the first quarter. Once the Bears got going, however, there was no stopping them.

While Bordeaux didn’t rack up the volume of points that their opponents this weekend managed, they were in control of the game and led the whole way.

Jean-Baptiste Dube faces arguably the biggest task of all on Friday – keeping Bears’ centre Semi Radradra under wraps. The Fijian has been in magnificent form of late, tearing defences to shreds with sheer pace and sublime footwork. 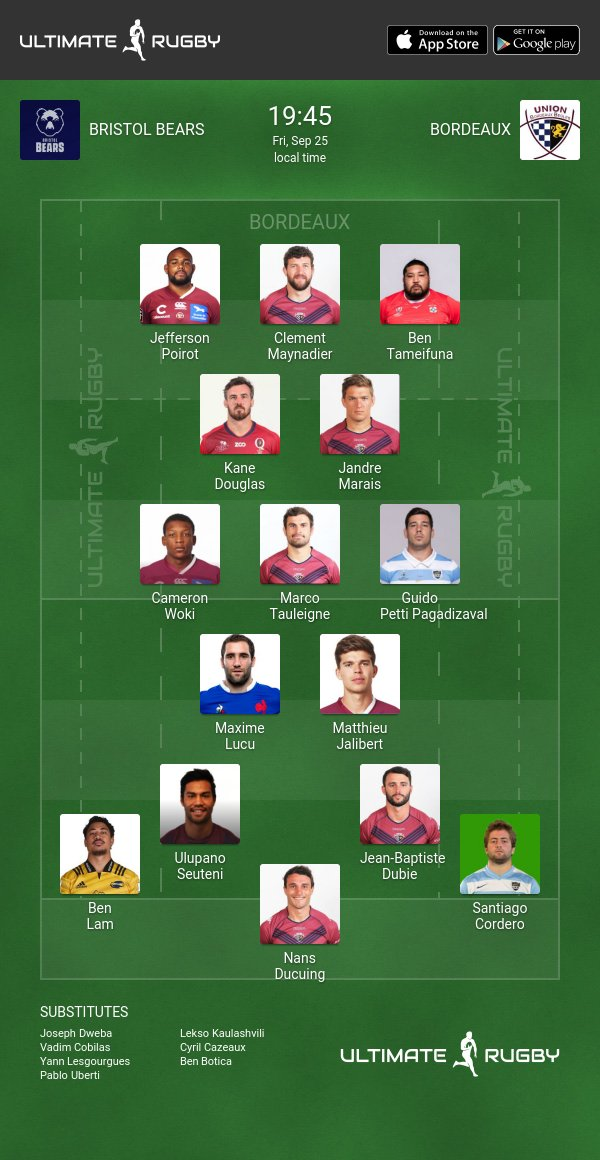 There is another interesting battle in the backlines as big Ben Lam turns out in the number 11 jersey for Bordeaux against the pacey Luke Morahan.

Up front, Bristol boast a brilliant back three in Steven Luatua, Ben Earl and Nathan Hughes, lending their pack some brawn, skill and speed which Bordeaux will have to counter with Cameron Woki, Guido Petti Pagadizaval and Marco Tauleigne. 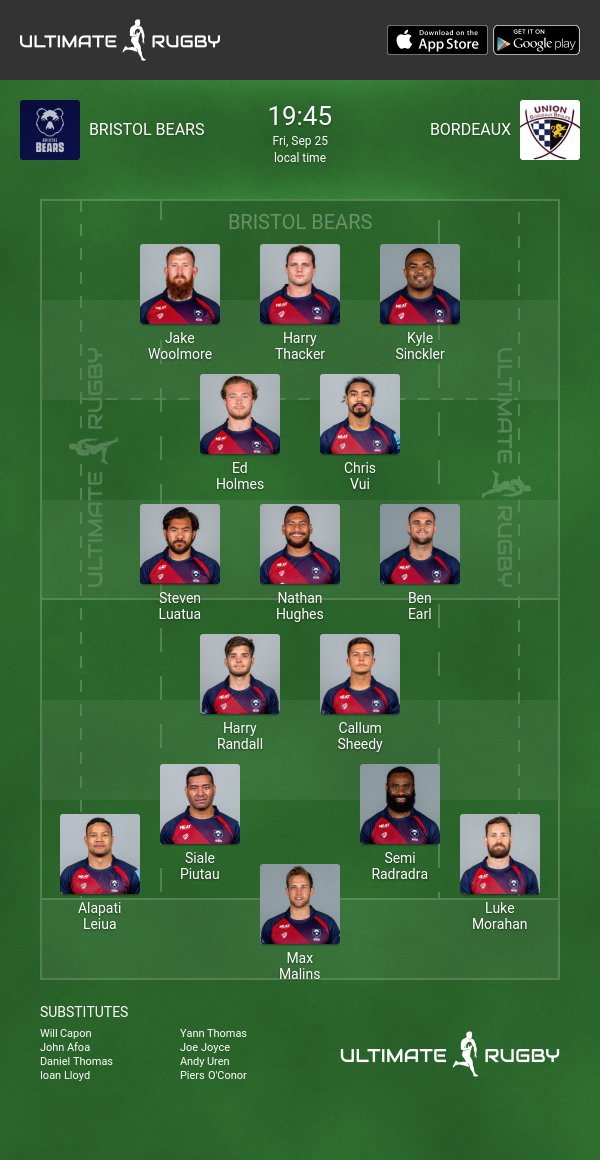 The Frenchmen, who will have noted Bears’ lethargic start last week, will need to come out firing in the initial stages of the game and grab as many points as possible before Bears work themselves into a rhythm.