Champions Cup | Team of the Week Round 1

European rugby returns and a unique format this season as we enjoyed 12 games in Round 1. Seven away wins with ASM Clermont, Toulouse and Leinster stealing the lime light while RC Toulon, Lyon and Munster earned good home wins and Connacht the surprise package as they pushed Racing 92 all the way in Paris.

Dooley scrummaged well against Montpellier Mohamed Haouas. He carried strongly and had some nice touches with ball in hand.

Rob Evans just misses out and had a massive impact off the bench for Scarlets. He managed to hold his own against a powerful Bath front row while his deft touch with ball in hand led to the all important Kieran Hardy try. Weighed with 10 tackles too, without missing.

Grabbed a brace against Toulouse, lineout darts were accurate with just two of Ulster’s 15 going against the head. Solid in the scrum and made all 14 of his attempted tackles, a trademark solid game from WP.

An early injury to Jake Ball saw Morgan Jones play over 70 minutes in the Scarlets victory over Bath. Five Carries, a clean break and 14 tackles earns him the number 4 jersey this week

From 50m spiral clearances to hard work in the dark places on the field Tadgh Beirne won Man of the Match against Harlequins and beats Will Skelton and Paul Willemse into the team this week.

So Tadhg Beirne just made this kick look effortless...#MUNvHAR#HeinekenChampionsCup

Another week, another man of the match award for Rhys Ruddock. The Leinster man was accurate, effective and aggressive in everything he did as Leinster powered past a mean looking Montpellier pack. He made more carries (12) than any other in Leinster’s clash while he was a solid lineout option and provided an assist for Ciara Frawley. 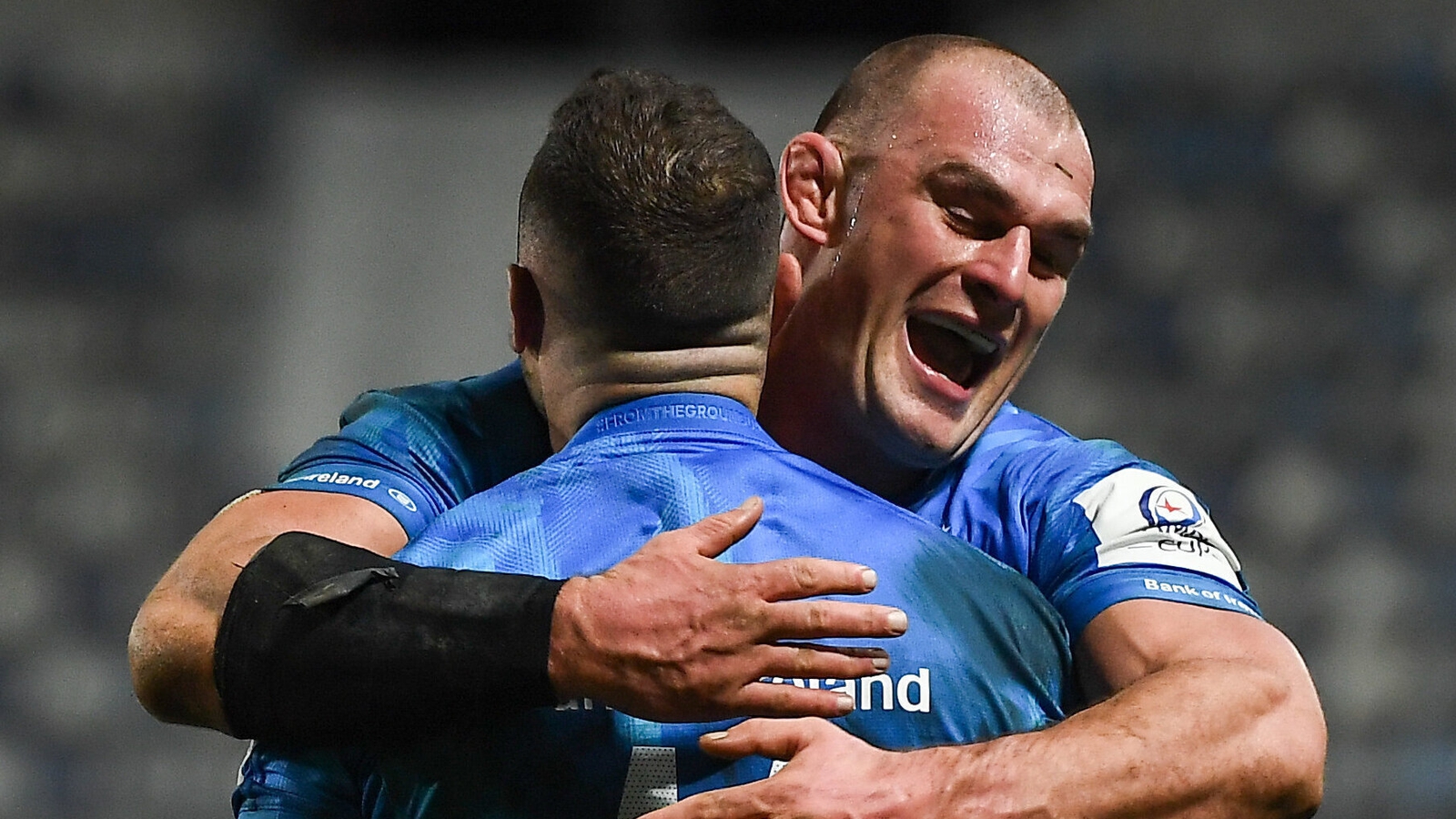 Underhill’s positional battle with the Scarlets’ Jac Morgan and Josh Macloed was one of the real spectacles on Saturday. The England international was brilliant at the breakdown while his hefty tackles and hard ball carries was a nightmare for the Welsh side. He managed three pilfers, 16 tackles, 16 Metres from six carries and claimed a try asssist.

Mercer came off the bench early in the first half of Bath’s narrow loss to the Scarlets and put in a fantastic shift that will have certainly caught the eye. The 23-year-old made over 100 running Metres, beat six defenders, made three clean breaks and weighed in on defence with two turnovers and 10 tackles

Clermont were comfortably in control of their clash with Bristol for large periods of the game and that was mainly due to the excellent game management of scrumhalf Morgan Parra. The veteran halfback was superbly accurate with his clearances and box kicks while his service to Lopez and his pack was shift. He also threw a superb pass out to Damian Penaud for the speedster to score his second

Controlled proceedings against Sale Sharks for most of the game. Carbonel played in the right areas and pinned Sale back with some clever kicks. Talking about clever kicks, his chip and chase to set up Gavin Villiere was simply outstanding while his accuracy from the tee (6/6) kept the scoreboard ticking over and kept Sale at bay.

A touch of class from Carbonel and the finish from Villiere 👏 pic.twitter.com/wo6oyWb9fs

Simply world class, again, from the World Cup winning Springbok. Had just four carries against Ulster with two of them resulting in tries. The first was a sensational chip and chase to score while the second was a bit of deja vu for Jacob Stockdale as the pocket rocket danced past the Irish international to score.

The All Black was incredible in all departments at Ashton Gate with his burning carries and slick handling opening up the Bristol Bears' defence throughout the game.
He managed to beat eight defenders and racked up over 30 running metres. He got stuck into the rucks as well and managed to force a turnover while also slowing the Bristol attack down regurally.

Man of the Match performance by one of the leading 13's in the world. Instrumental in the Paris sides win he provided three try assists in Racing 92's win over Connacht

He scored a brace with the first being an easy run in after some brilliance from the pack and his inside backs while he leapt brilliantly to pluck Morgan Parra’s out of the sky for his second. Penaud went searching for chances with some of his excellent lines paying dividends for his teammates. He shifted seamlessly into the outside centre role when Apisai Naqalevu left the pitch injured. He beat 10 defenders making over 40 running Metres.

There were two outstanding performances in the 15 jerseys at Ashton Gate on Saturday with Kotaro Matsushima and Max Malins having standout games for their respective clubs.

Having made a real impact with England during the Autumn Nations Cup, Malins continued his excellent run of form with Bristol. The 23-year-old provided the attacking spark whenever Bristol needed it and managed to storm to over 100 running metres and managed to grab a try and assist another.
Malins managed to swerve out of the attempted tackle of Aliverti Raka after running an excellent line to get Bristol's first points of the game and caught the Montpellier off guard later in the game as he took a penalty quickly and produced a top notch offload to Ioan Lloyd to score.