For the first time since the COVID-19 pandemic hit the world, two professional rugby teams will walk out onto a park and play in front of a live audience at Forsyth Barr Stadium, Dunedin, New Zealand.
Highlanders Head Coach, Aaron Mauger, has selected two debutants in outside backs Sam Gilbert and Vilimoni Koroi with the former starting on the right wing with the latter on the bench.
Gilbert played for Canterbury last season and for the Crusader Knights earlier this year while Koroi was training with the All Black Sevens team but has rejoined the Highlanders since the postponement of the 2020 Tokyo Olympics. Josh Ioane returns to the number 10 jersey and Mitch Hunt reverts to fullback, Ioane spent the earlier part of the season in the midfield but will be comfortable returning to first-five where he has spent most of his career. Patelesio Tomkinson claims the midfield spot and will partner Rob Thompson, with the experienced Teihorangi Walden set to make his impact from the bench.
Pari Pari Parkinson has worked his way back to a starting lock position and will partner Josh Dickson. The team will be captained by experienced hooker Ash Dixon who starts ahead of Liam Coltman this week with both likely to see significant game time. 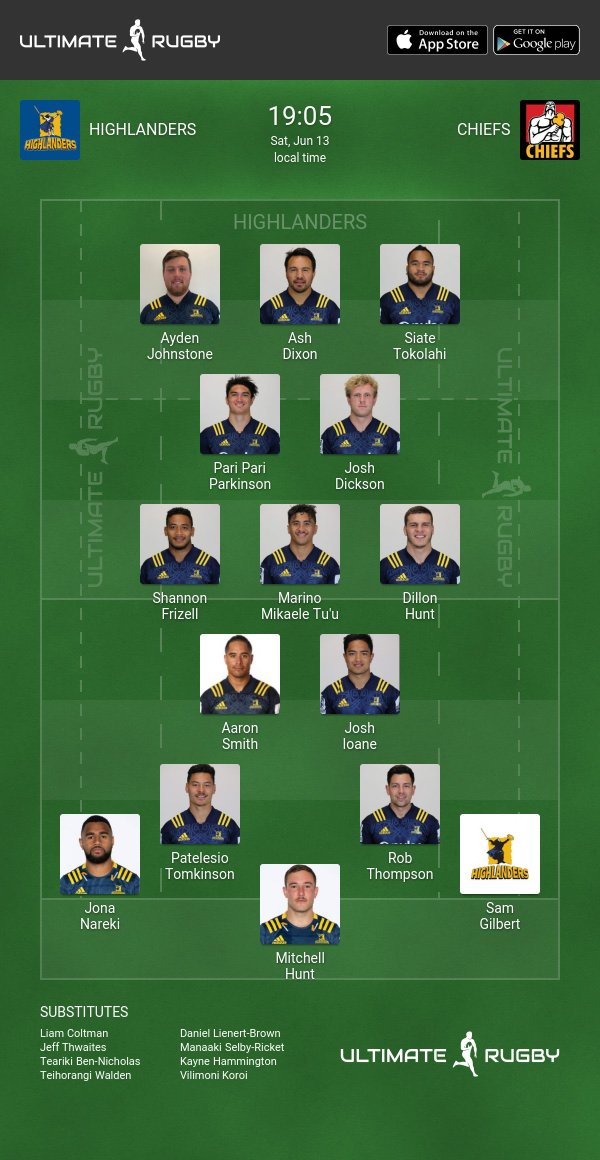 Meanwhile, Warren Gatland's men will mark their return to rugby wearing their limited-edition Women in Rugby jersey.
Loose forward Lachlan Boshier will be celebrating his 50th game in the Gallagher Chiefs jersey and Taranaki lock Tupou Vaa’i will start on debut. A powerful front row will be bolstered with the return of All Black tighthead prop Nepo Laulala. Laulala will be joined by loosehead prop Aidan Ross and hooker Samisoni Taukei’aho. The locking duo of Mitchell Brown and Vaa’i will complete a strong tight five. In the loose forwards All Black Luke Jacobson returns in jersey number six and Boshier on the openside. The powerful Pita Gus Sowakula will pack down the scrum at number eight.

Girls'schools to benefit from Gallagher Chiefs Women in Rugby jersey!

In the backs, halfback Brad Weber will captain the side in the absence of Gallagher Chiefs and All Blacks Captain Sam Cane. First five-eighth Kaleb Trask will start at ten with the experienced Aaron Cruden providing cover on the bench. All Black midfielder Anton Lienert-Brown will start at second five-eighth, with rookie Quinn Tupaea named at centre. A familiar back three will start with Sean Wainui on the left wing, Shaun Stevenson on the right and crafty full back Damian McKenzie completing an exciting backline.
The Chiefs bench provides a balanced mix of experience with hooker Bradley Slater joined by Ryan Coxon and veteran Ross Geldenhuys. Rookies Naitoa Ah Kuoi will provide locking cover and Dylan Nel loose forward cover in jersey number twenty. Joining Cruden in an exciting line-up of backline cover will be experienced halfback Te Toiroa Tahuriorangi and Etene Nanai-Seturo. 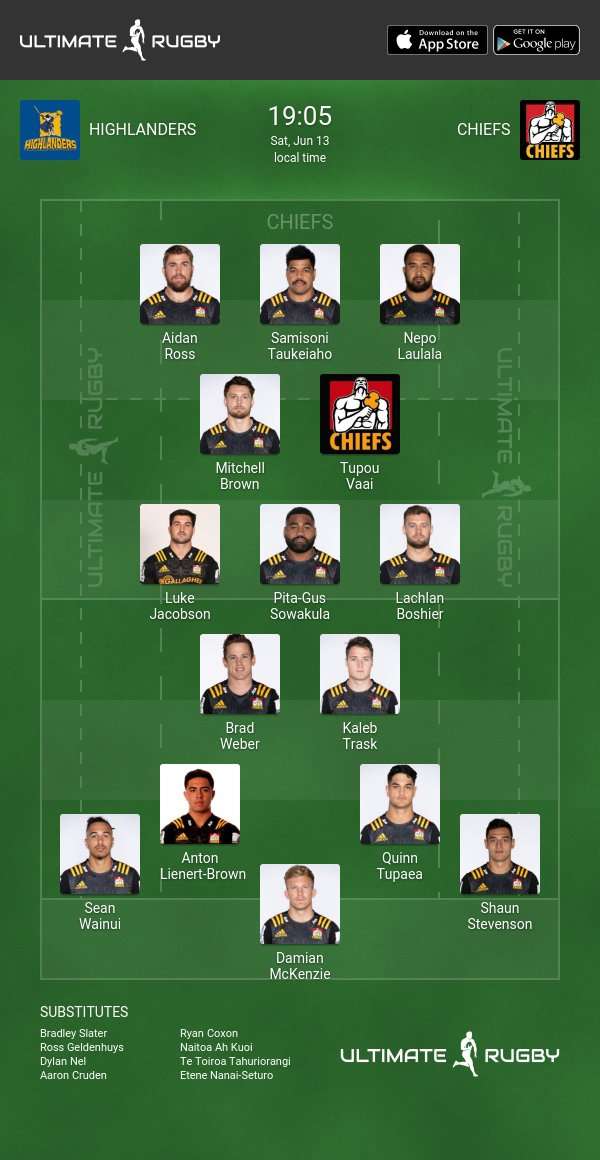 Gatland said the team were eager to kick the competition off.

“It will be a competitive hit out on Saturday, and one the fans, players and coaches alike are all looking forward to. It has been a long time between drinks, and everyone is excited for a great game. The squad have been training hard over the past four weeks and are eager to get stuck into their work.”

Gatland congratulated Boshier and Vaa’i on their upcoming achievements.

“It is a special milestone to tick off for Lachlan. He is a hard worker and has an exciting future ahead of him.”

“Tupou has quickly adapted to the Gallagher Chiefs environment and we look forward to seeing him take the field on Saturday,” finished Gatland.