Chiefs head coach Colin Cooper has reshuffled his twenty three ahead of this weekend’s derby match against the Hurricanes at Westpac Stadium on Saturday.

A new front row of Atu Moli, Nathan Harris and Angus Ta’avao will start, with Moli at loosehead shifting Ta’avao to tighthead. Harris returns to start with Liam Polwart named as reserve hooker. Lock Michael Allardice will captain the side in the absence of co-captain Brodie Retallick who is on All Blacks leave. The return of Allardice sees Tyler Ardron move back to number eight and Taleni Seu shift to the bench.

Two changes have been made in the backs with Solomon Alaimalo returning at full back while Tumua Manu moves back to start at centre.

Head coach Colin Cooper said he will be wanting his team to deliver an improved performance this weekend.

“This weekend we need to be more disciplined and alert if we are to be competitive. We had a good tussle against the Hurricanes at home last month, we know this weekend will be no different. We need to ensure our defence systems are strong and we are quick to our feet. If we can combine that with patience and control on attack, we should be in a good space.” 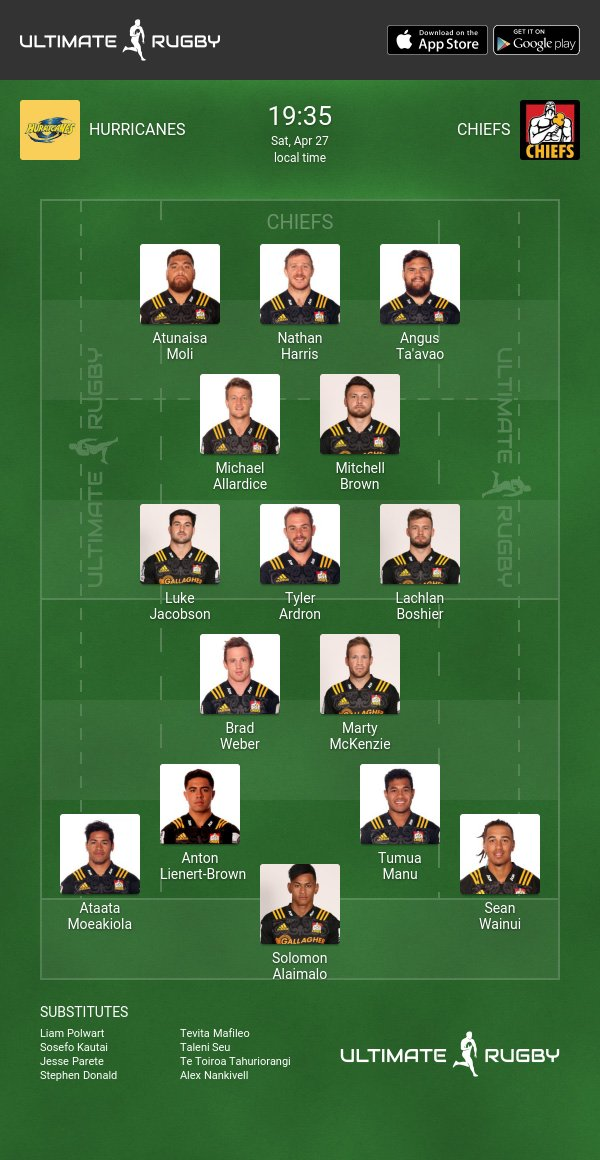