The Chiefs will kick off their Super Rugby quarter-final against the Jaguares at José Amalfitani Stadium in Buenos Aires on Saturday morning at 10.05am (NZT).

The 23-man side is determined to build on their impressive performances to date and are on the hunt to book a spot in the Super Rugby semi-finals.

Head coach Colin Cooper has named a near unchanged line up from the team that scored nine tries against the Melbourne Rebels in their 59-8 bonus point win last Friday.

Atu Moli, Nathan Harris and Angus Ta’avao will once again pack down a powerful front row. Experienced locking duo of Brodie Retallick and Tyler Ardron will complete the tight five. Lachlan Boshier will start on the blindside with Sam Cane captaining the team at openside. Pita Gus Sowakula rounds up the forward pack at number eight.

In the backline, the newfound nine ten combination of Brad Weber and Jack Debreczeni will lead the backline. In the only change to the 23, Anton Lienert-Brown will shift to second five-eighth and Tumua Manu will start at centre. The threatening back three of Sean Wainui, Shaun Stevenson and Solomon Alaimalo remain unchanged.

In the reserves, hooker Samisoni Taukei’aho, loosehead prop Aidan Ross and tighthead prop Nepo Laulala will make an impact off the bench. Jesse Parete and Mitchell Jacobson will provide cover for the loose forwards. Te Toiroa Tahuriorangi and Marty McKenzie will again inject energy off the bench. Alex Nankivell will await clearance from the medical team bracketed with Ataata Moeakiola to complete the 23.

Cooper said the team are energised for the challenge ahead.

“We have had a good week over here, there is plenty of energy in the team especially from our leaders. We know the Jaguares are a quality side. They have performed well, and we have the utmost respect for them.

As a team we need to draw on the confidence we have gained from our past couple of games. We are not strangers to quarter-finals rugby, we just need to stay focused and deliver a performance our fans and whanau are proud of,” said Cooper. 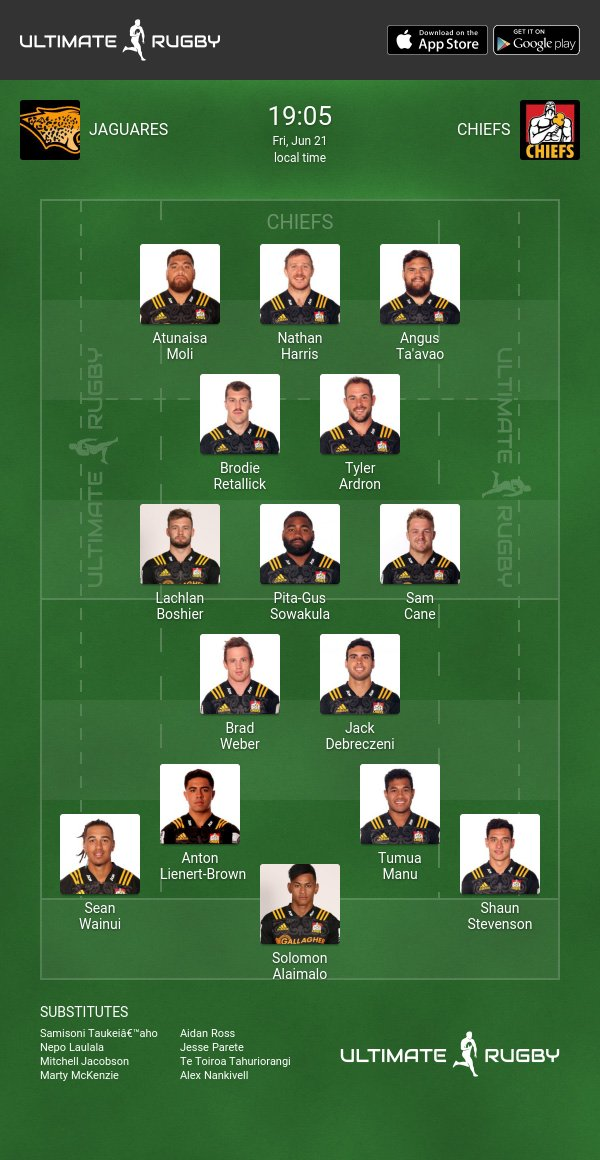