Crusaders and Waratahs to pay their respects in Sydney

The Crusaders and Waratahs will pay their respects to the victims of last Friday's tragic events in Christchurch, before their Super Rugby match in Sydney on Saturday night.

Both teams will walk side-by-side on to Sydney Cricket Ground, and form one circle to observe a moment's silence for all those affected by the tragedy.

"This tragedy has rocked our community, and we really feel for all those affected by the events of last Friday in Christchurch. Our hearts go out to people across our city, our region, and our country who are grieving right now and we're grateful for the opportunity to pay our respects before the game. We'll certainly be playing for our community on Saturday night," Head Coach Scott Robertson said.

There are just two changes to the Crusaders side that was named to play the Highlanders last weekend, before that match was cancelled in Dunedin. Scott Barrett has been rested this week, Quinten Strange will start, and Luke Romano has been named on the bench. The only other change sees Brett Cameron come in at first five-eighth in place of Richie Mo'unga. Mitch Hunt has recovered from his concussion to provide cover for Cameron in the reserves.

This will be Owen Franks' 150th game for the Crusaders and his 149th Super Rugby appearance.

Waratahs' head coach Darryl Gibson has retained all but two of his starting lineup that lost to the Brumbies as they prepare for the Crusaders with Curtis Rona rotated out of the side and Nick Phipps starting over Jake Gordon.

Karmichael Hunt will return to the side off the bench, still recovering from a hamstring injury, with Kurtley Beale staying at 12 and Israel Folau again at fullback.

Michael Wells returns to the 23 after spending six World Series rounds with the Aussie Men's Sevens while hooker Andrew Tuala is in line to make his debut off the bench with Tatafu Polota-Nau returning to England this week. 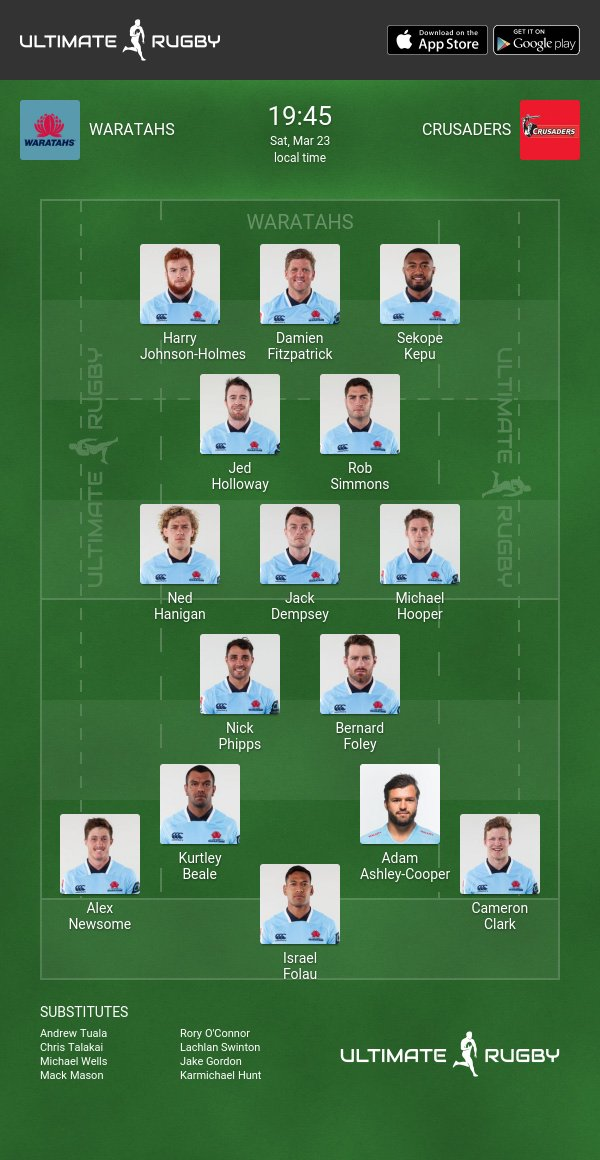 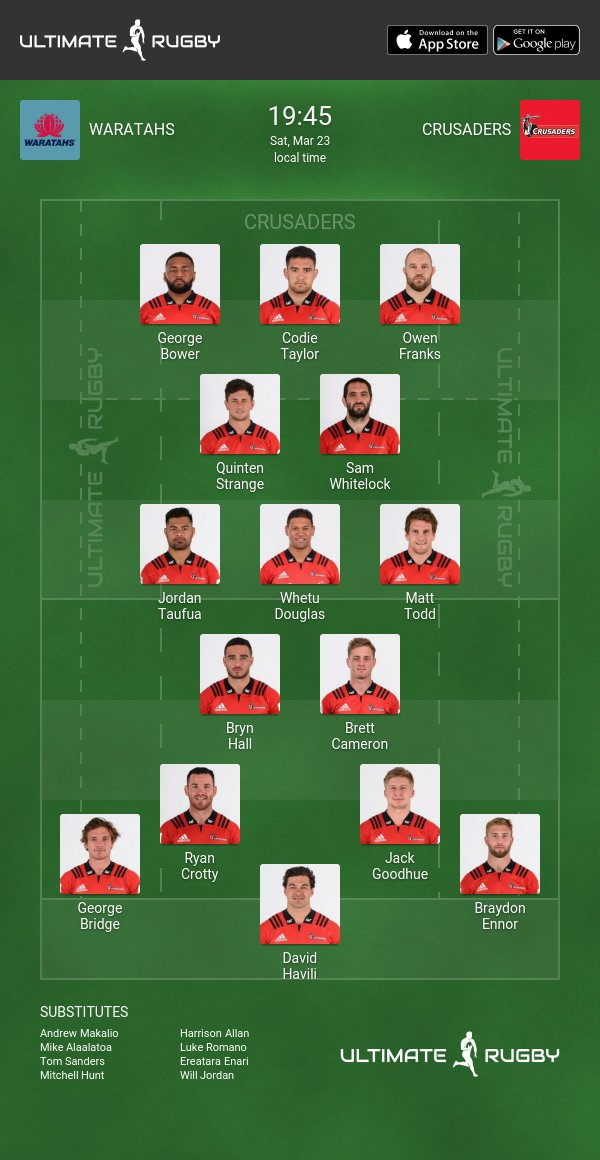