The Crusaders squad for 2020 has been named, with a number of debutants in the side, and some familiar faces who will be named in the 38-man squad for the first time.

Of the uncapped players joining the squad, there are four forwards and four backs.

In the absence of Sam Whitelock in 2020, Robertson has also named a new Captain in Scott Barrett, and said the lock is a natural choice to lead the side in his sixth season with the Crusaders. 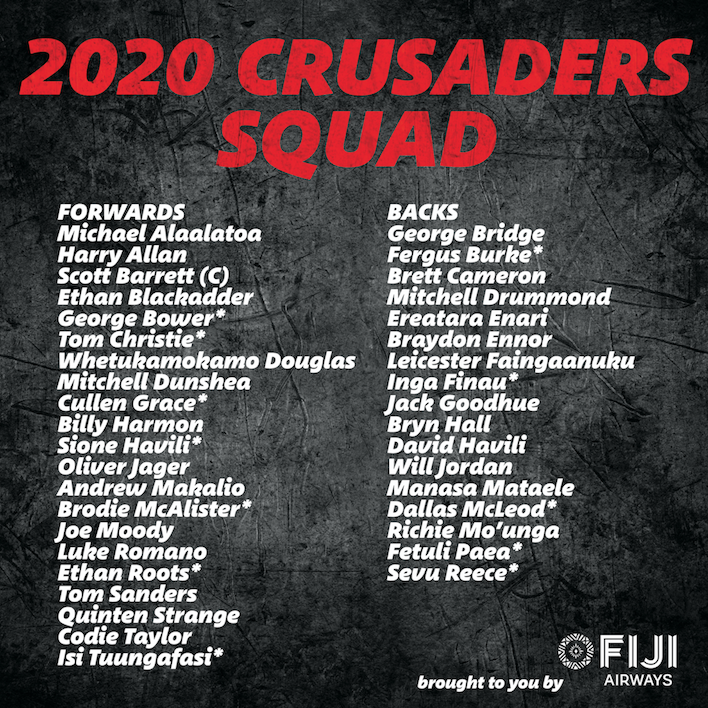