Gaining valuable momentum will be the focus for all the teams in action in the Currie Cup this weekend, as some sides reach the halfway stage of their campaigns and others edge closer to the final stages of their pool games.


The Free State Cheetahs and Golden Lions will kick off the action in Bloemfontein this evening, while the Pumas host the Sharks in Nelspruit and the Blue Bulls take on Griquas in Pretoria on Saturday. Western Province have a bye.

The Free State Cheetahs and Golden Lions – who are the only two unbeaten teams in the Currie Cup – will be hunting their third victories in a row when they meet in the city of roses.

Both sides have been impressive on attack, scoring 30 points or more in both their matches this season, while the Free Staters boast the best defence in the competition, which is expected to set the scene for an exciting encounter.

The Johannesburg outfit won the last two matches between the sides, but they will be wary of the fact that the last time they toppled the Free State Cheetahs in Bloemfontein was way back in 2015.

The Golden Lions opted for continuity in selection with the only change to the starting team that defeated Western Province being the inclusion of lock Wilhelm van der Sluys in place of Marvin Orie, who has joined the Springbok squad. 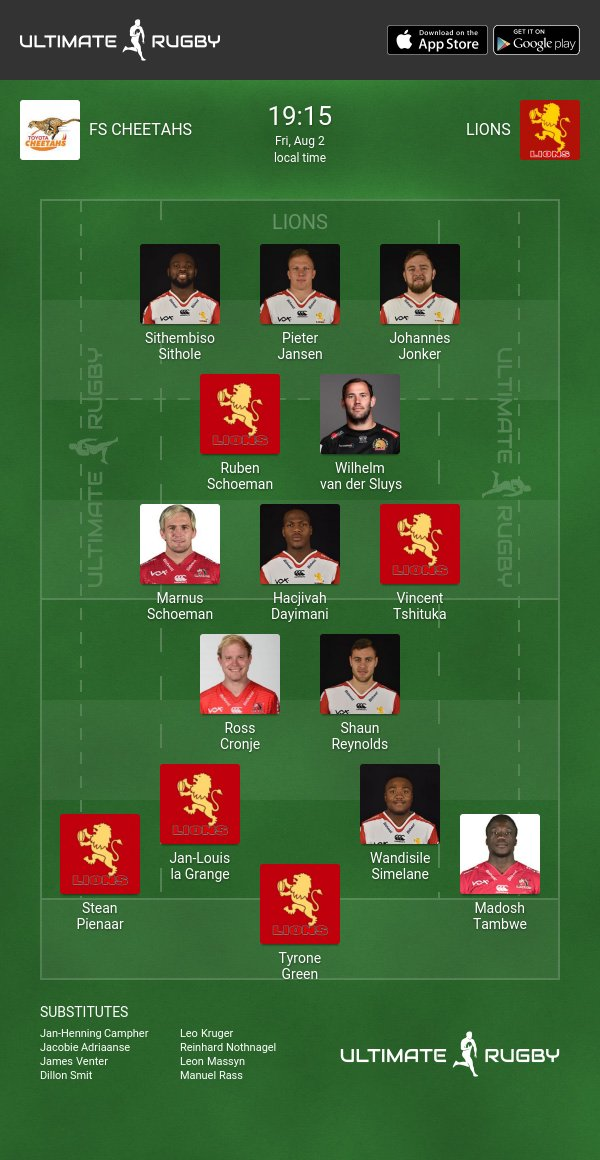 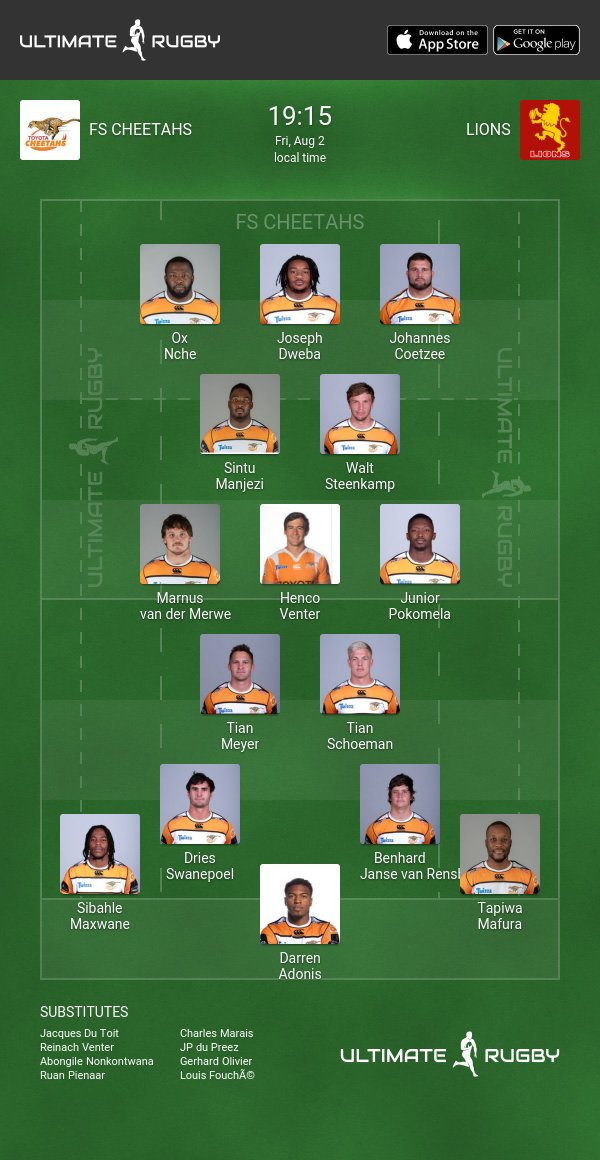 In Nelspruit, the Pumas and Sharks will enter their encounter under pressure to win, with an eye on the semi-final stages.

The hosts have lost all three of their matches so far and need to win all their remaining games with bonus points to salvage any hope a possible place in the top four, while the KwaZulu-Natalians have won one of their two games and will determined to build momentum after coming off a bye.

Should the Pumas succeed in earning their first win of the season, it would mark their first victory against the Sharks since 2015. But they will have to step up their defence significantly to achieve this after conceding 100 points in the last three matches.

The Pumas named the same starting team that faced the Blue Bulls last week, while the only change to the Sharks starting XV was the inclusion of Junior Springbok captain Phendulani Buthelezi on the side of the scrum, which saw Jacques Vermeulen being included among the replacements. 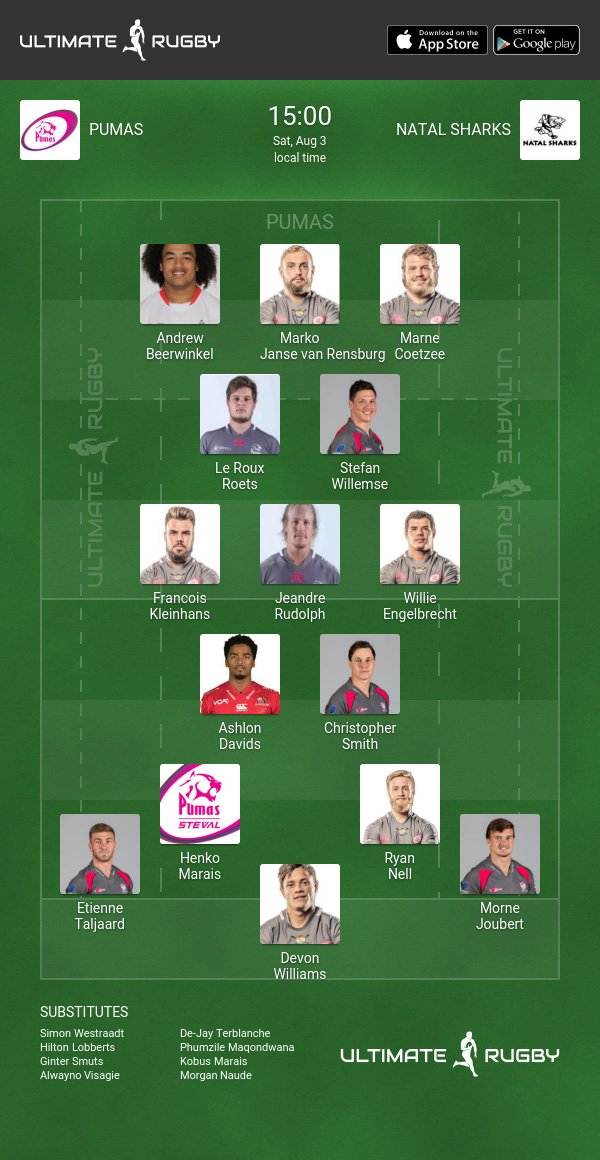 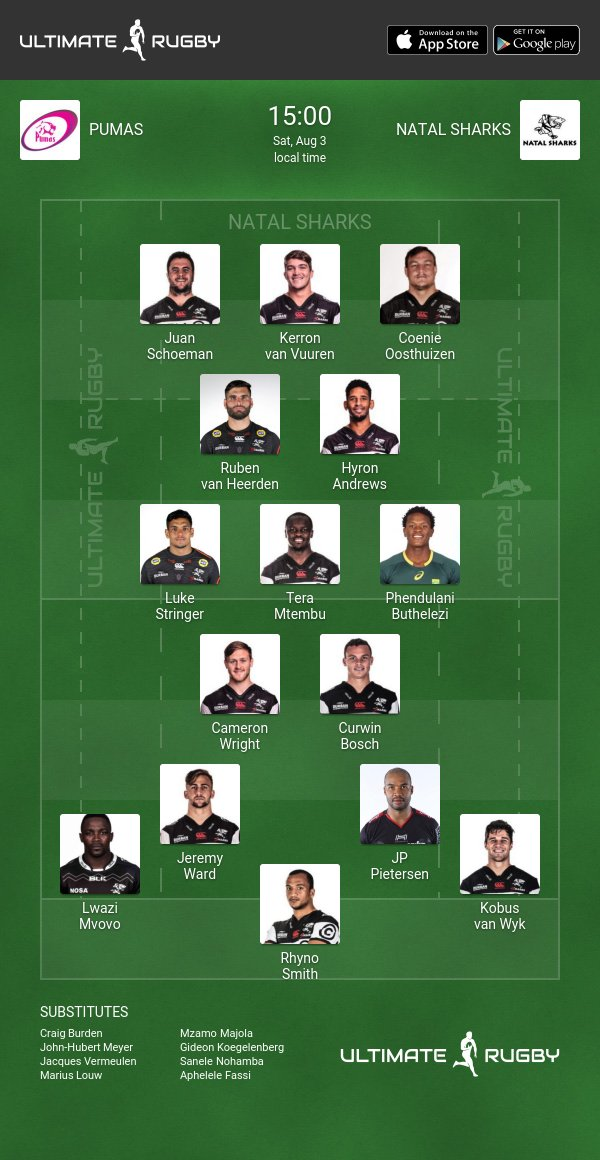 The battle between the Blue Bulls and Griquas is also expected to be a tight tussle as they both take to the field in their third-last pool matches.

The Kimberley outfit will be determined to return to their winning ways after suffering their first defeat last week, while their Pretoria counterparts – who are second last on the log – will be keen to build on their first win last week to power their way up the standings.

The  Blue Bulls have dominated the encounters between the sides for the last six years, but this will have no significance this weekend as a slip-up for either team could come at a big price in the next few weeks as the pool stages nears its conclusion. 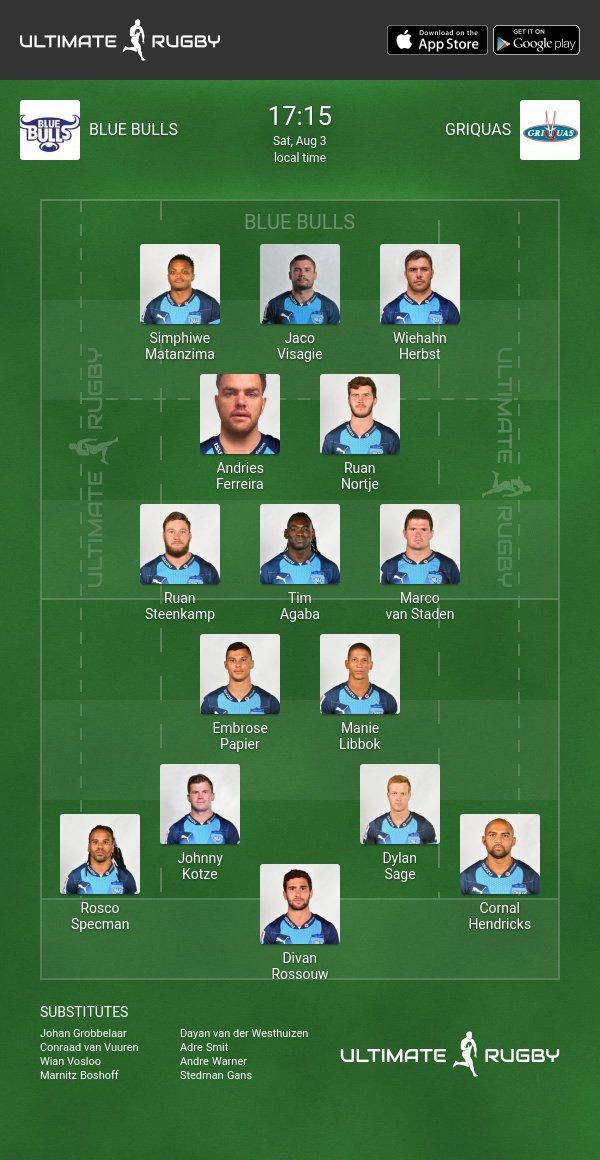 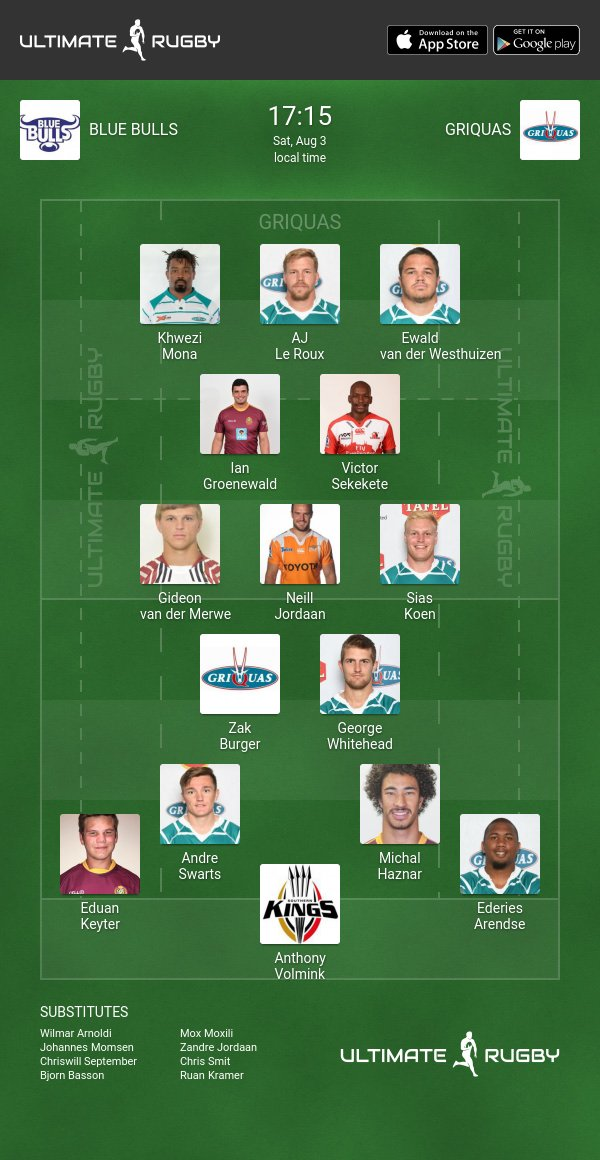