The trials and tribulations of being a Currie Cup Premier Division coach will be highlighted in dramatic fashion this weekend in Round 6 of the competition as the teams take a step closer to knowing their fortunes.


The action will be spread over the weekend with Griquas facing Western Province in Kimberley on Friday, the Pumas hosting Free State Cheetahs in Nelspruit on Saturday, and the Golden Lions taking on the Sharks in Johannesburg on Sunday.

These results will also undoubtedly extend the agony of the Blue Bulls, who will have to watch how things play out for their season while they have a bye.

Things could not be closer at the top of the Currie Cup table, with the Golden Lions and Griquas not only sharing first place with 15 points, but also boasting the same points’ difference (0).

The next two teams on the log both have 12 points, but the Free State Cheetahs (+61) currently have a better points’ difference than Western Province (+39).

The Blue Bulls (9) have a bye this weekend and could be bumped into the wooden spoon position by Phakisa Pumas (8), should the latter earn a valuable win at home.

Friday night’s clash, between Griquas and Western Province in Kimberley, is expected to set the tone for the weekend.

Griquas had a bye last weekend, and will be pretty fresh and ready for the Cape onslaught. Coach Brent Janse van Rensburg rewarded the squad that subdued the Blue Bulls two weeks ago, making only one tactical change, with veteran Zandre Jordaan coming in at flank as the men from Kimberley look to impose themselves at the breakdown. 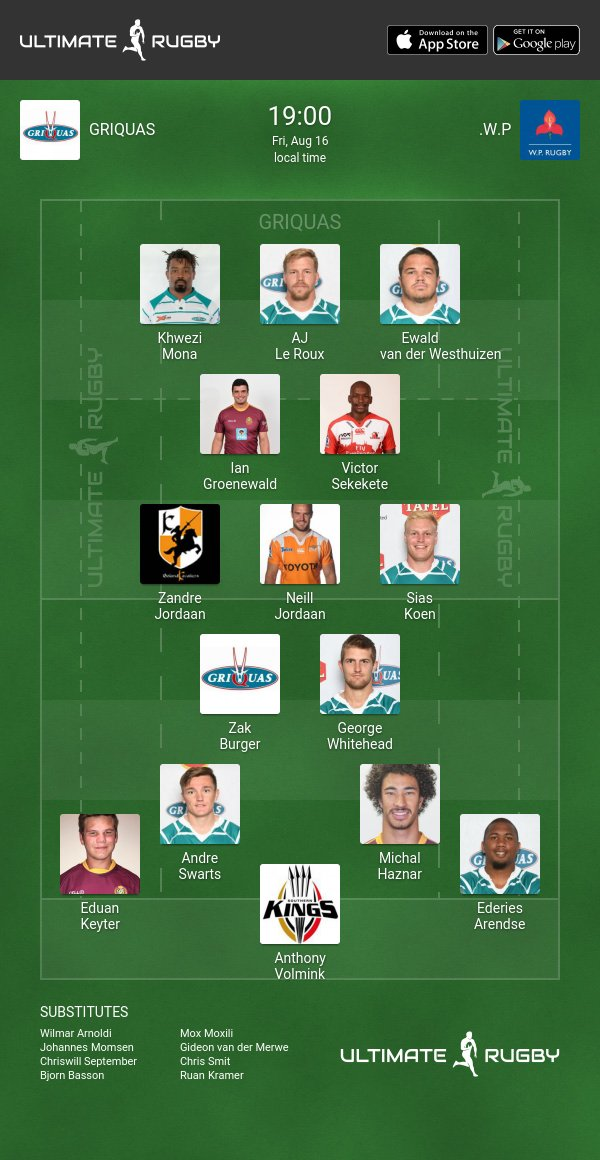 Chad Solomon replaces Scarra Ntubeni, Ernst van Rhyn comes in for Siya Kolisi, Dillyn Leyds is replaced by SP Marais and Wilco Louw by Carlu Sadie. Hooker Schalk Erasmus is set to make his WP debut from the bench, with lock David Meihuizen and scrumhalf Paul de Wet also coming into the match 23, as well as Damian Willemse who returns from injury. 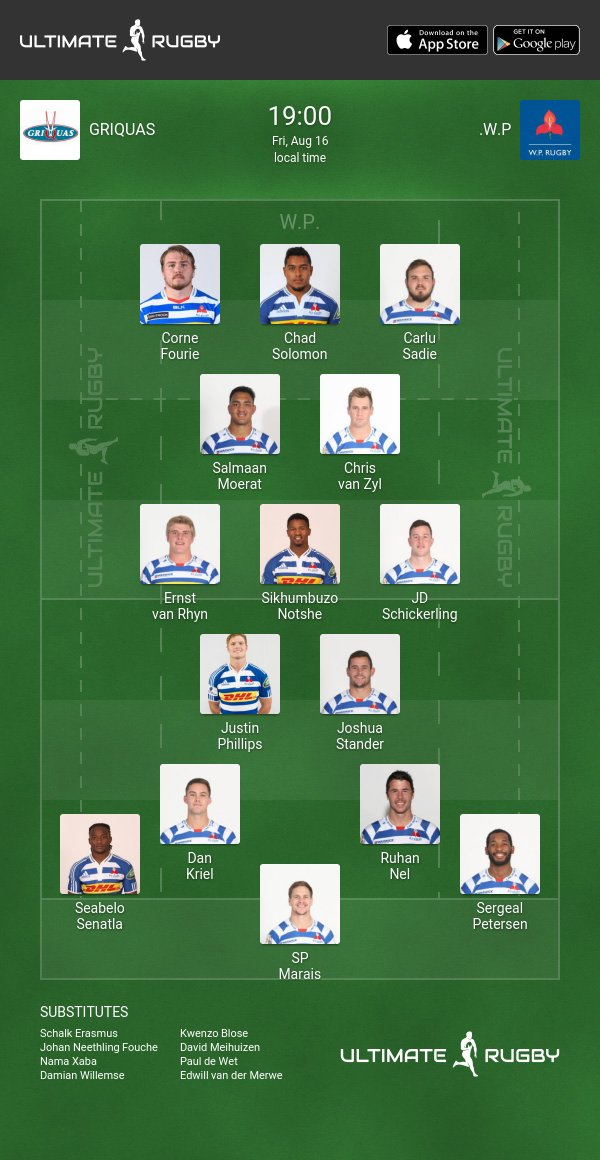 Saturday’s clash in Nelspruit will be equally telling. The Mbombela Stadium was good to the Phakisa Pumas last time around and they will feel confident in their abilities to beat anyone coming to the Lowveld. 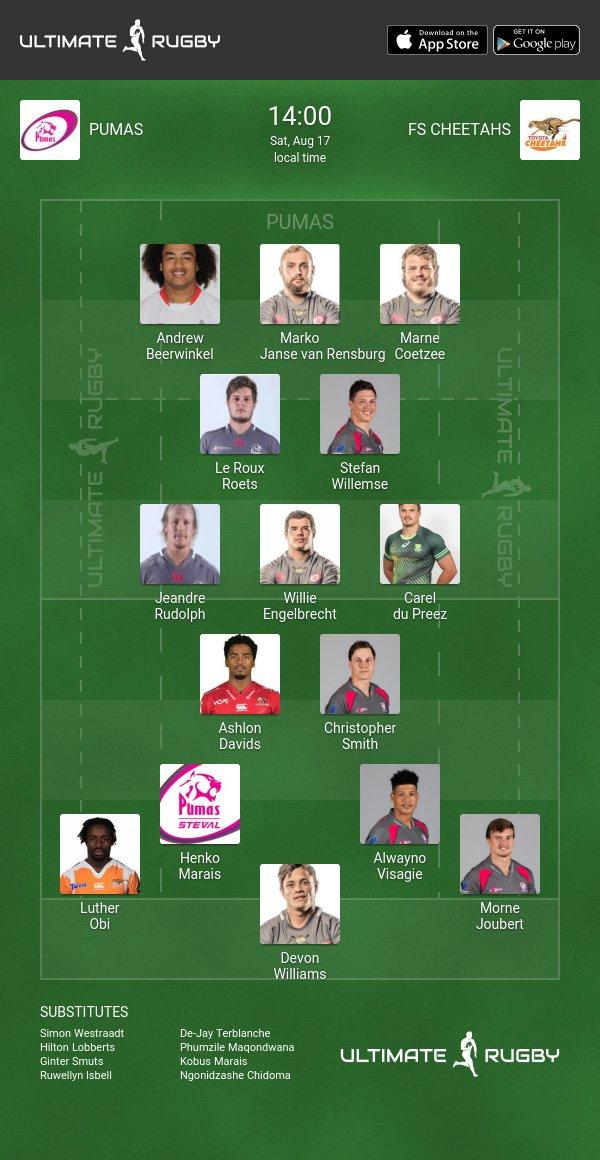 The Free State Cheetahs, on the other hand, had a dip in results after winning their opening three matches, and will be determined to stop sliding, but they will be wary of the fact that they cannot give the home side any opportunities to get their power game going. 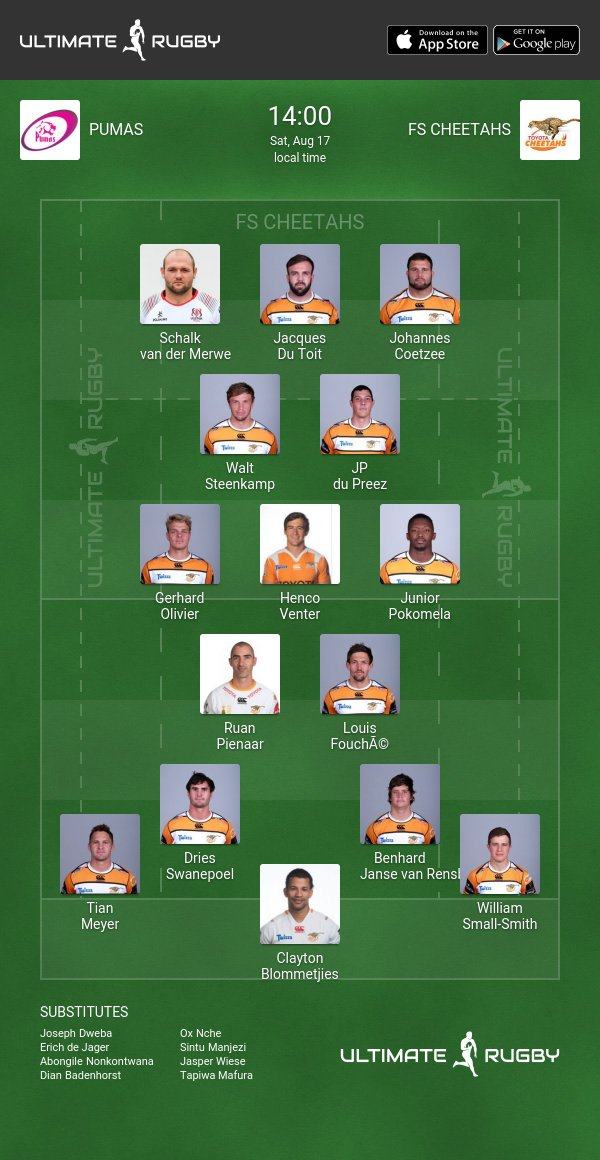 Sunday’s clash between the Golden Lions and Sharks will have all the credentials of a humdinger. Both teams have real purpose and the hunger and ability to lift the Cup again, while they both have enough players of real quality to turn the game on its head.

Sharks coach, Sean Everitt, has not been shy to dip into his youth ranks and is doing so again this weekend. He named uncapped flyhalf Boeta Chamberlain in the team, as regular flyhalf Curwin Bosch has a lower back sprain. 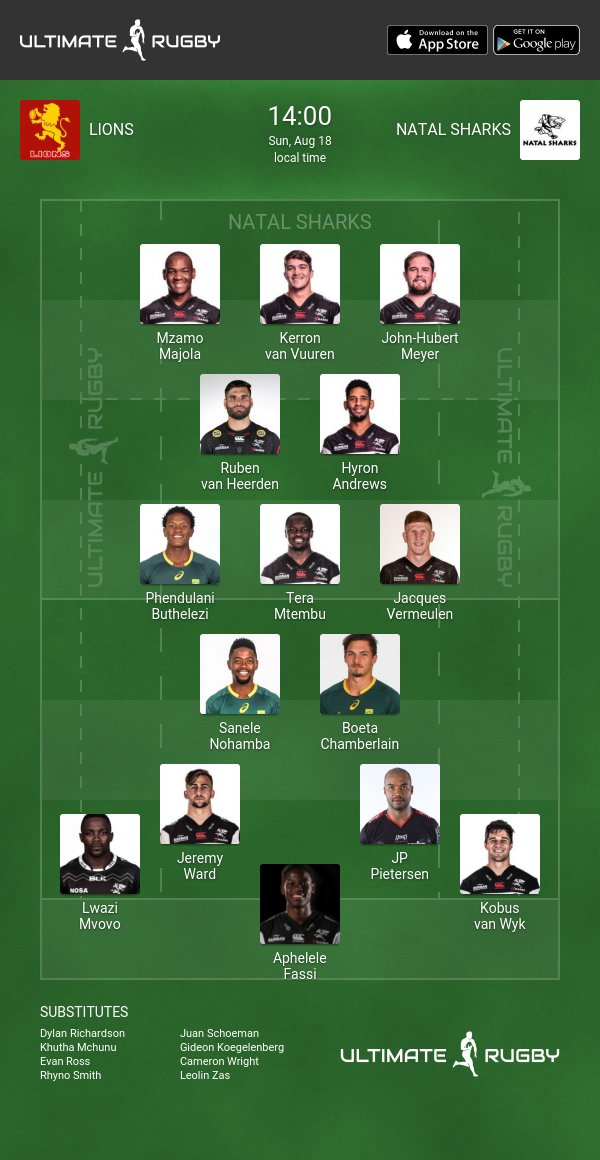 Golden Lions coach Ivan van Rooyen, who has been fielding young sides all year, is expected to name his team on Friday afternoon due to a number of injury concerns.