The Chiefs twenty three have been named to don the 1996 Gallagher Chiefs heritage jersey when they run out at FMG Stadium Waikato to take on the Hurricanes on Friday 15 March.

Head Coach Colin Cooper has made six changes to the starting line up from last week’s match against the Crusaders.

First five-eighth Marty McKenzie returns from injury to start in the number ten jersey with brother Damian McKenzie shifting to fullback. Japanese international Ataata Moeakiola secures his first start of the season on the left wing ahead of Etene Nanai-Seturo who will make an impact off the bench in jersey 23.

Experienced lock Michael Allardice returns to combine with Captain Brodie Retallick. The return of Allardice moves dynamic forward Tyler Ardron back into number eight with Taleni Seu providing cover on the bench in jersey number 19. Mitchell Karpik the other change in the forward pack to start with Lachlan Boshier ruled out with injury.

Off the bench Tasman loose head prop Ryan Coxon will be hoping to make his Super Rugby debut in front of a home crowd at FMG Stadium Waikato. Waikato’s Luke Jacobson joins Coxon to earn his place in the twenty-three for the first time this season.

Chiefs Head Coach Colin Cooper said "We have had a testing couple of weeks and we know the Hurricanes will be a strong challenge. We are not afraid of the contest on Friday, we have come together as a team and will focus on sticking to our structures and working on delivering our game plan.”

Chiefs line up to face the Hurricanes: 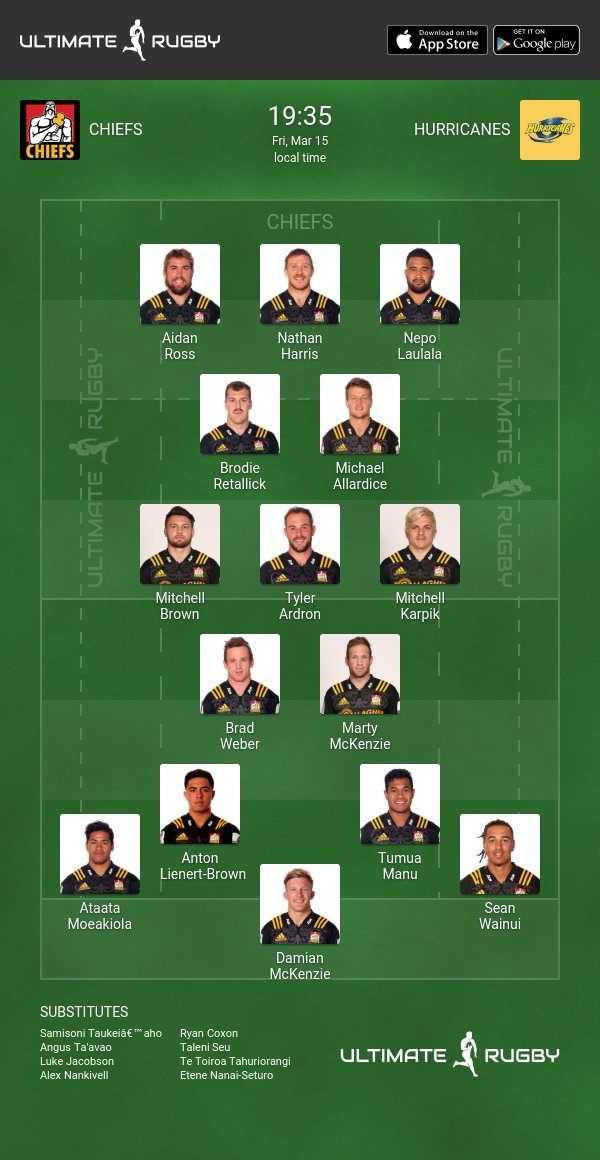 See the Hurricanes line up here