Former Springbok legend, Jean de Villiers, has said that the massive amount of pressure on the Springboks may actually work in their favour during the Lions series.


Speaking to his old opposite number, Jamie Roberts, in an interview for the Daily Mail, the two former centres reminisced about the 2009 tour – which they both featured prominently – and discussed the upcoming series which commences in Cape Town on Saturday.

"South Africans have this ability that when our backs are against the walls and no one gives us a chance we stand up and perform,” de Villiers said. 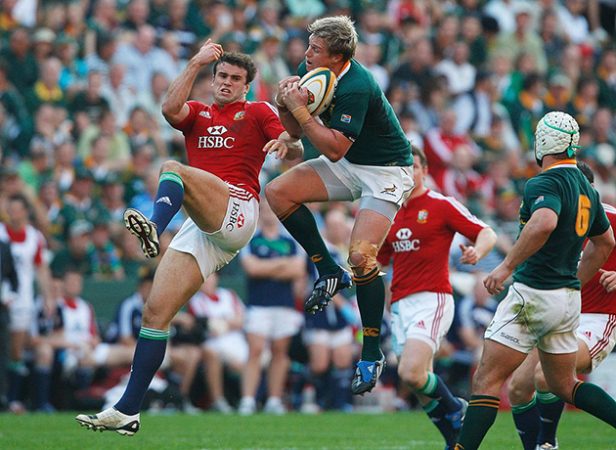 He added that the players will not just be motivated to taste victory itself, but will also seek to inject an element of solidarity into their country which is going through a rocky patch of civil unrest while in the grip of a brutal third wave of Covid-19 as well.

"It's not just about the rugby, but everything going on in the country, people uniting behind the team as the one ray of light in a dark environment. The guys will understand that responsibility, which is unfair sometimes, but they showed at the World Cup they can thrive under it. I would use it if I were still captain as motivation."

De Villiers has predicted a 2-1 series victory for the Boks, highlighting that he finds it difficult to believe that a whitewash for either side is on the cards.

One of the more intruiging facets of the series will be the presence of Duhan van der Merwe in the famous red jersey as he squares off against his old countrymen.

"The forwards might get into him as a South African!” de Villiers said. There'll be some banter, but he looks like a guy to stand up to the challenge. He's not a small lad!"