Professional rugby is somewhat of a family business with there being numerous examples of fathers and sons representing clubs and countries with the same being said of brothers.

While the likes of Bismarck and Jannie du Plessis, the Gear brothers and Kearney brothers - to name a few - have made thier mark at the highest level, there are also a few twin brothers who have made it through the ranks.

We have a look at 11 twins who are currently playing professional rugby.

Two powerful forwards who were both schoolboy sensations at Kearsney College in Durban, the du Preezs are the son of former Springbok scrumhalf Rob du Preez with their eldest brother Rob Jnr. also a professional flyhalf.

While eldest brother Rob went to play for Maties and Western Province after school the twins turned out for the Sharks right after school.

Rob joined his brothers in Durban with all three brothers going on to play for the Springboks and in doing so became the first set of three sons of a former Springbok to have played Test rugby.

All three players are currently turning out for Sale Sharks in the Premiership.

The Toolis brothers were born in Australia and qualified for Scotland through their mother.

Ben has since gone on to play for Scotland with both players having turned out for Edinburgh. Ben is still turning out for Edinburgh while Alex is currently contracted to Championship club Ampthill.

In 2016, the Toolis brothers started together as the Edinburgh second row for the first time in the European Challenge Cup Pool 5 match at BT Murrayfield, making history as the first pair of twins to do so for a Scottish professional team. 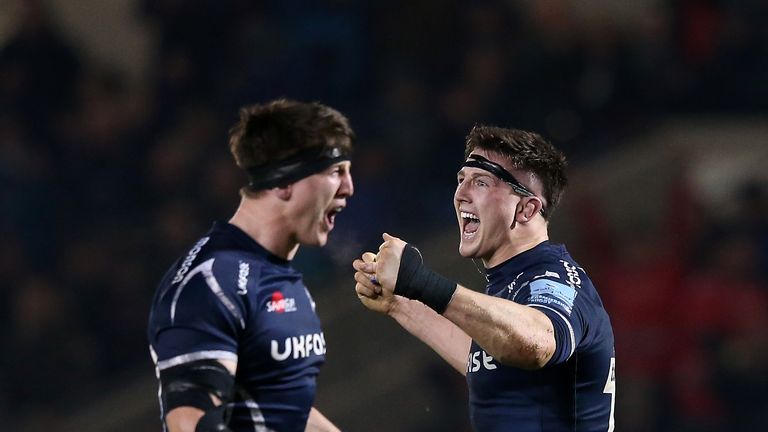 The Curry twins broke through the ranks at Sale Sharks and have both gone on to represent England at u20 level and test level.

Tom helped England reach the Rugby World Cup Final last year and at the age of 22 we could well see the pair take the field for England at the same time in the future. 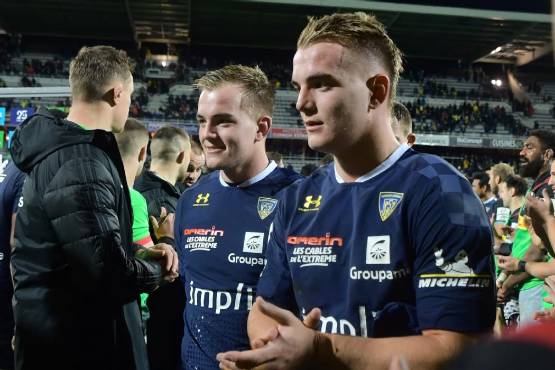 Clément and Thibaud, born in 1998 from Lozère, signed their first professional deals with Clermont in December 2019.

The two second rowers, who can play in the back row, came off the bench together against Harlequins during the 2019/20 Champions Cup. 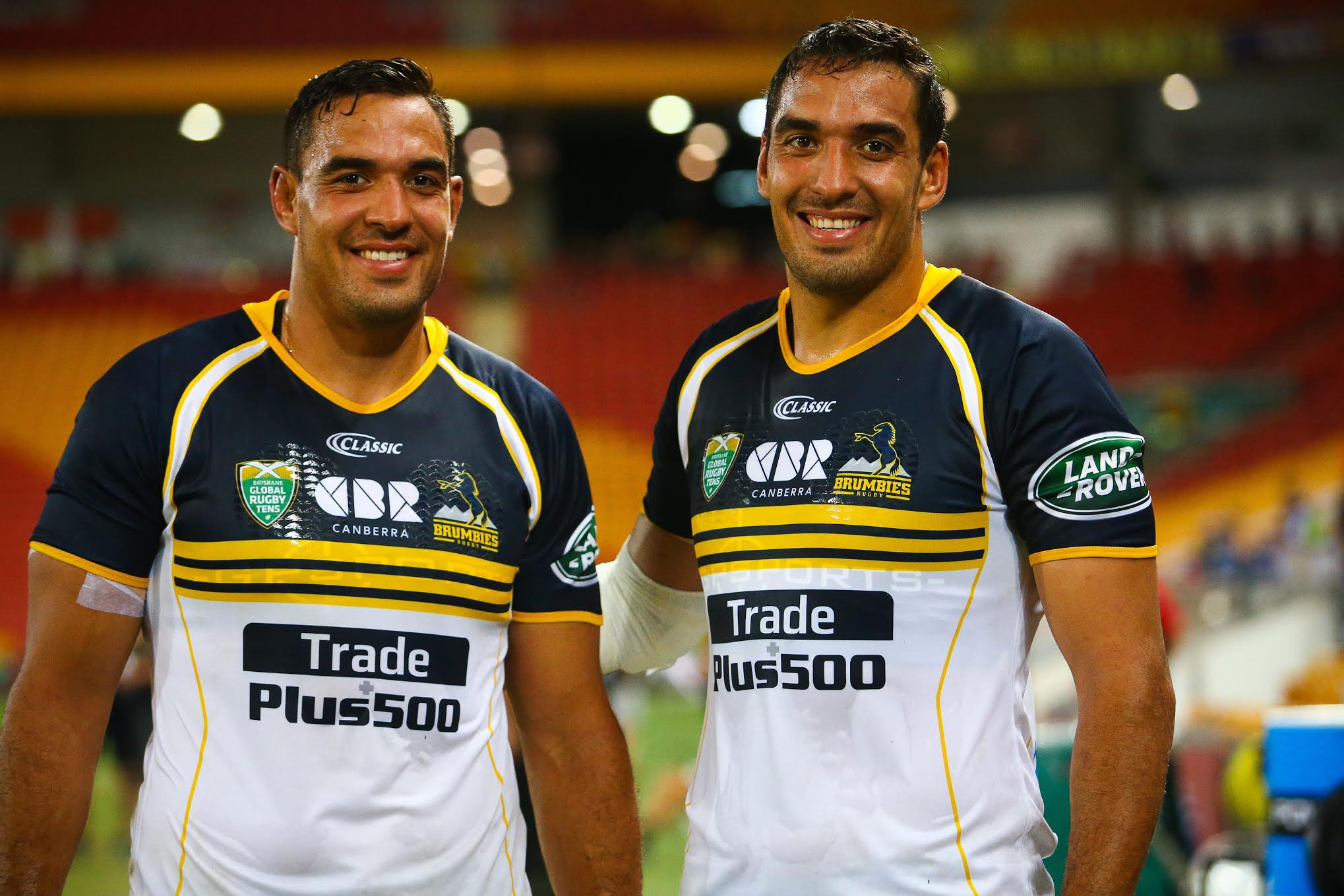 The two massive second rowers both played for the Brumbies and are currently contracted to TOP14 club, Toulouse.

The pair will link up in the second row, as they did for the Brumbies, forming one of the tallest lock pairings in World Rugby.

Rory has been somewhat more successful than his brother having represented the Wallabies. 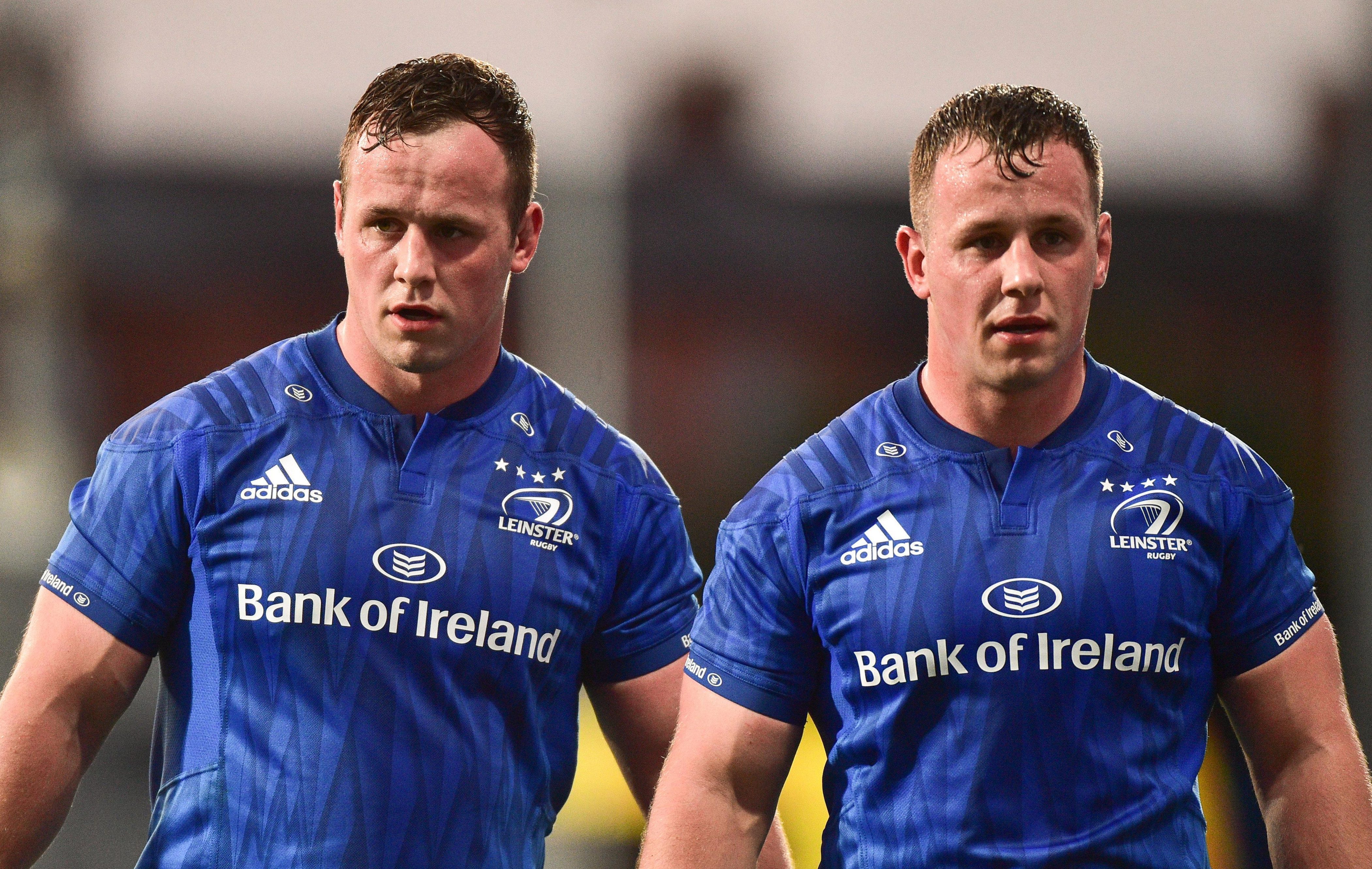 The Byrne brothers worked their way through the ranks at Leinster and have often featured in the same front row.

Back in September 2014,  Ed made his senior debut for Leinster, coming off the bench in the 68th minute of their 37-23 win over Cardiff with his brother featuring in the same game.

Bryan has since joined Bristol Bears while Ed is still in Dublin. Both players have explosive speed and play on the wing and fullback for their clubs.

Ryan turned his attentions to the Sevens game after making his England debut at the Rugby Europe Grand Prix Sevens Series in Moscow in 2017, he progressed onto the World Series the following year and has been a regular fixture in the side ever since while still turning out for Northampton.

Jordan made his senior debut for Leicester in the Anglo-Welsh Cup in November 2017 before showing impressive form with England Under-20s in the Six Nations and then as one of the stand-out players in the 2018 World Juniors in France where he scored two tries in the opening win over Argentina and added another in the Final defeat by France. 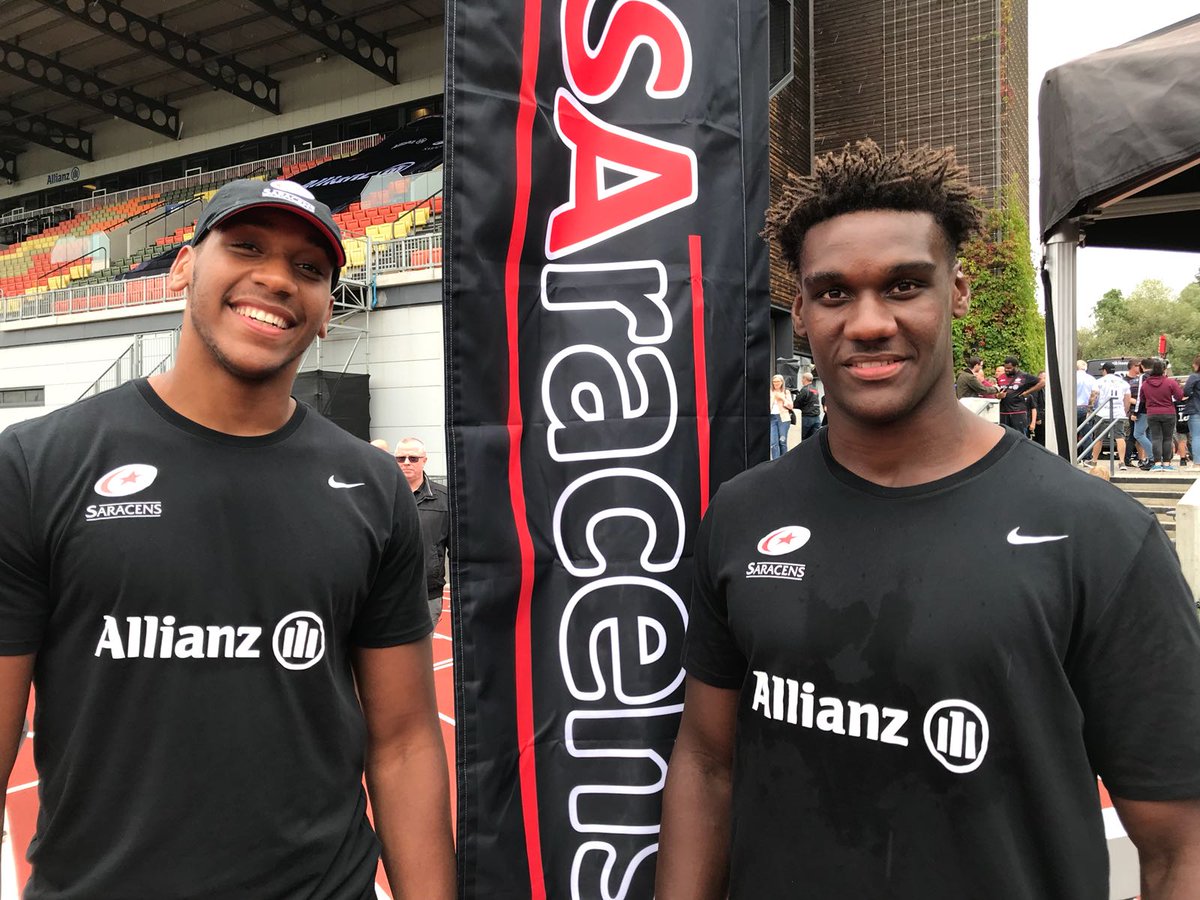 Joel and Jon both featured for the England u20s in 2019 with the former also representing the side in 2018.

Both players are imposing second rowers who have worked their way through the ranks with Joel quickly becoming a regular in the Saracens first team.

Jon made his Saracens debut during the 2018/19 season and also spent time on loan at Ampthill, helping them to promotion to the Championship, as well as featuring for Storm in the Premiership Rugby Shield. 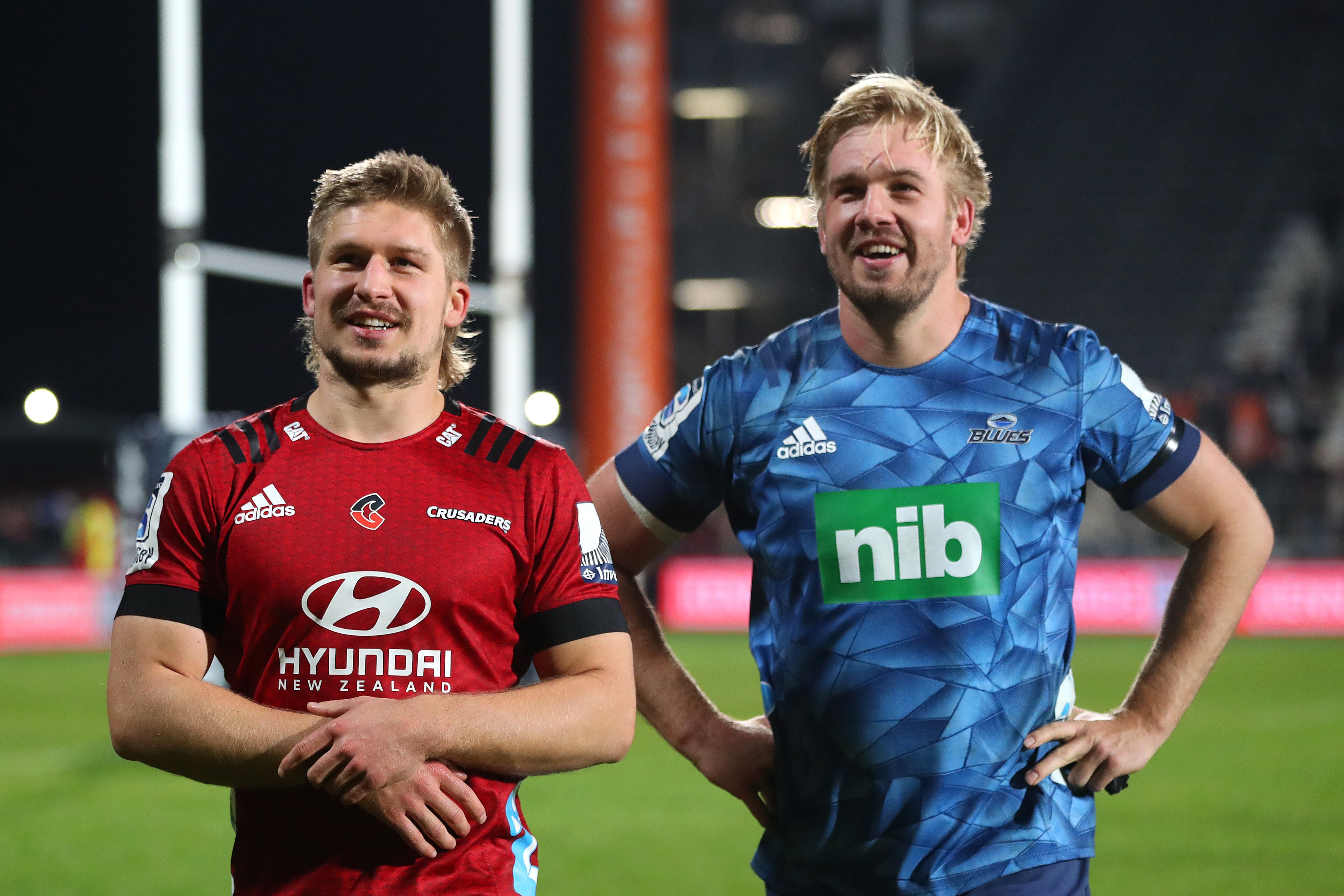 Jack got a quicker start to his career debuting for Canterbury back in 2014 with his brother Josh making his mark for Northland a year later.

Fast forward to 2020 and both Goodhues are regular starters for their Super Rugby franchise, Jack for the Crusaders and Josh for the Blues.

Jack has also become a regular in the All Black set up since making his test debut back in 2017. The twins are also the young brothers of Cameron Goodhue who played for the Blues, Worcester Warriors, London Welsh and Northland. 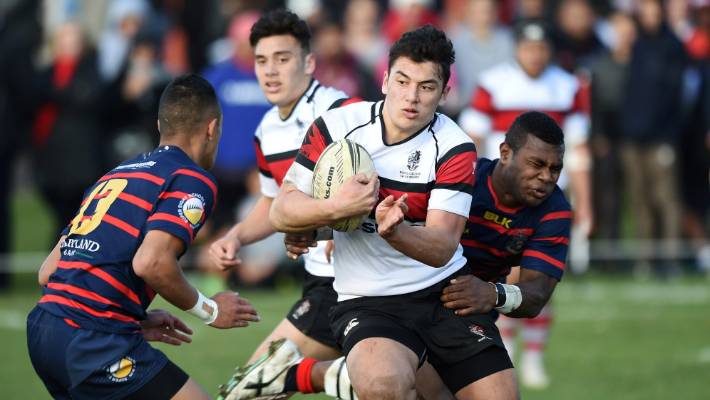 Tana Umaga's nephews have both started to make their climbs up the professional ladder in New Zealand with the pair having both debuted in Super Rugby.

Thomas has had his struggles with injuries at the Highlanders while Peter is starting to make a strong claim for a regular starting place for the Hurricanes.

Both brothers have represented New Zealand at u20 level and are contracted to Mitre 10 Cup side Wellington.

The two Smith brothers attended the renowned Paarl Gimnasium in the Western Cape of South Africa but have forged out strong careers in Australia with their powerful scrummaging and big hits.

The pair both came through the Western Province youth ranks. Ruan left South Africa in 2013 to join the Brumbies with JP following soon after.

The pair spent the 2018 and 2019 seasons at the Reds together before Ruan signed for the Melbourne Rebels.