Centre Amber Reed will win her 50th cap on Friday against the Eagles as she starts at inside centre. The 2014 Women’s Rugby World Cup winner made her Test debut against France in 2012 and has scored 124 points during her career so far, scoring three tries.

Scrum half Claudia Macdonald makes her first England start after four outings as a replacement, while Abbie Scott, who captained England for the first time against USA in the Quilter Internationals in November, will lead the side in the absence of regular skipper Sarah Hunter who is still going through return to play protocols following concussion.

Hooker Heather Kerr, who played against England for Barbarians Women earlier this month, is named in the front row alongside Ellena Perry and Sarah Bern. Prop Chloe Edwards and hooker Clara Nielson are both set for their England debuts from the bench as both are named as finishers.

“We’ve had a good acclimatisation period and we are happy that we managed to get the volume of rugby we had hoped under our belt going into this first game,” said Middleton.

“I think we’ll find, like all of the teams, performances should improve as you go through the tournament as both the individuals and the teams settle into a rhythm. For us there are quite a few new combinations and less experienced players in this team so we’ve got to understand it will not be the finished article. Having said that, we have a level of expectation against all of our performances and the players know exactly what is expected of them.

"We performed well against the USA in the November Quilter internationals but we recognise this is a different time and place. We’re in a country that is incredibly passionate about their sport and so we expect a step up in performance from the USA. Our challenge first and foremost will be to better the energy and intensity they bring.

“It’s thoroughly deserved for Clara and Chloe. You talk about players taking their opportunities and they epitomise that - they came in initially to support the squad and made a massive impression with the coaches, not just with their ability but just as much with their attitude.”

On Reed reaching a half century of caps, Middleton added: “She is one of the most gifted and all-round talented players we’ve got. She’s a great person to have around as she’s very calm, has a great rugby brain, she understands the game and knows how to deliver on-field performances and get the critical messages across - she knows how to get the best out of the players around her.”

The Super Series brings together the top five ranked sides in the world where as well as taking on the USA, England will face Canada, France and New Zealand.

The Red Roses last faced USA in November 2018 at Allianz Park where they ran in nine tries in an impressive 57-5 victory over the Eagles. 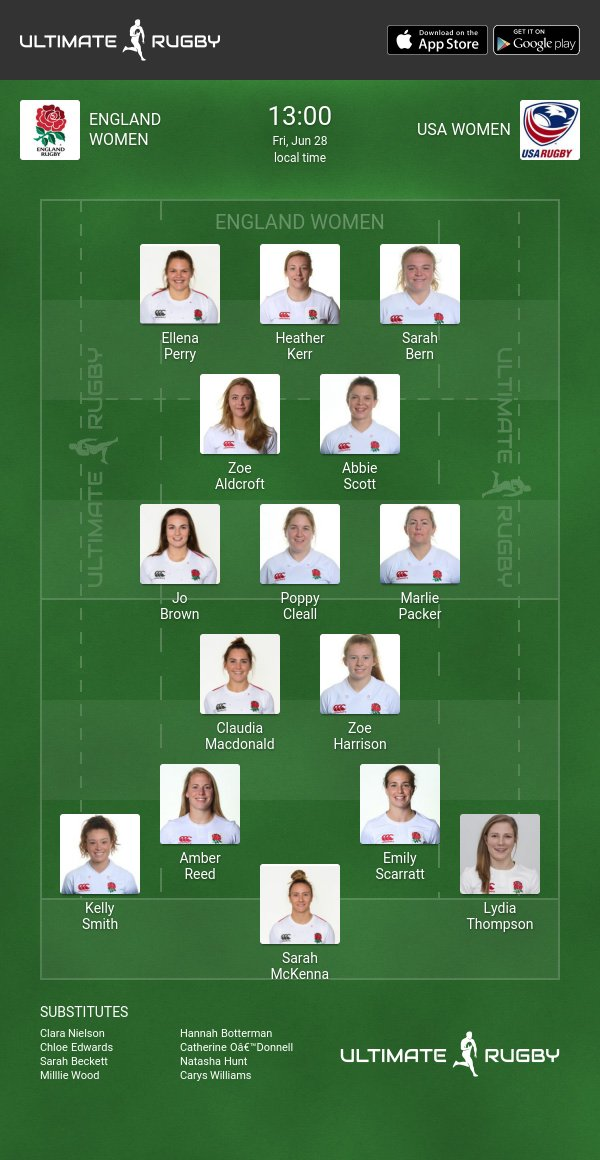