European Player of the Year Nominees

The EPCR has announced 15 nominees who will be battling it out for the Player of the Year title set to be decided in the next month.

Six Champions Cup teams have players up for nomination, with Leinster Rugby, Racing 92 and Exeter Chiefs all boasting three players apiece on the list.

The winner of one of the most prized individual accolades in the world game will receive a specially-struck gold medal as well as the Anthony Foley Memorial Trophy.

The list will be reduced to five following the Heineken Champions Cup and Challenge Cup semi-finals by a combination of the public vote and the verdict of the judges.

Players who have not been included in the initial list of 15, but who make a significant impact in a quarter-final or semi-final match may be considered for the shortlist. 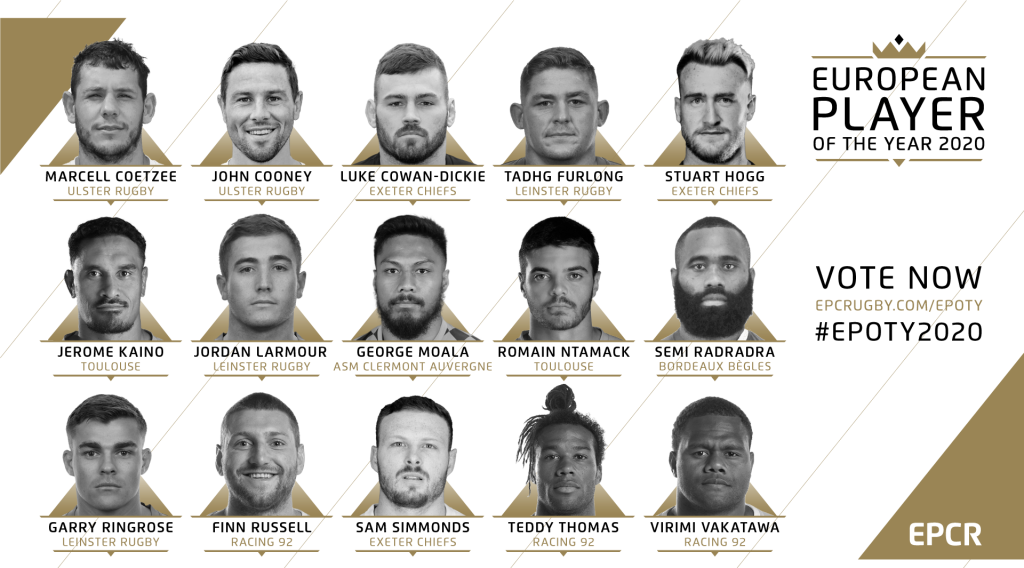 15 stars of European rugby battling for one coveted prize 🙌

The #EPOTY2020 award is up for grabs as we enter the knockout stages - but who takes your vote? 🥇