With time running out, Super Rugby Unlocked victories will be vitally important this weekend as the chasing pack of the Stormers, Sharks and Cheetahs aim to reel in the Bulls at the top of the standings.


As things stand, the men from Pretoria – who are on a bye this weekend – have accumulated 19 log points from their four wins in five outings, followed by the teams from Cape Town and Durban, both of whom are on 13 points from four games. Next are the men from Bloemfontein on 12 points.

Griquas and the Sharks will be first out of the blocks on Friday evening in Kimberley, where the hosts will be desperate for their first win of the campaign.

The two remaining matches are scheduled for Saturday, with the Lions hosting the Pumas from 16h30 (all times mentioned are local) in Johannesburg, followed by the 19h00 fixture in Cape Town between the Stormers and the Cheetahs. Griquas will face the Sharks with a reshuffled team in Friday evening’s encounter in Kimberley.

Upfront, there is a new look lock pairing, with Adré Smith starting at No 5 next to last weekend's replacement lock Cameron Lindsay, who swaps places with Mzwanele Zito. Johan Momsen returns to the No 8 position in a rotational swap with Carl Els, who joins Zito on the bench.

Jeremy Ward, who co-captained the side in last year’s Currie Cup with Tera Mtembu, will lead a harks team that shows a number of changes, hoping to make it three wins in three outings.

After playing off the bench in the last few games, Kerron van Vuuren comes in for Daniel Jooste at hooker, while Ruben van Heerden is back in the second row after two starts for JJ van der Mescht.

In the backrow, James Venter is in for Dylan Richardson with Thembelani Bholi earning a first start and Phepsi Buthelezi completing the loose trio. 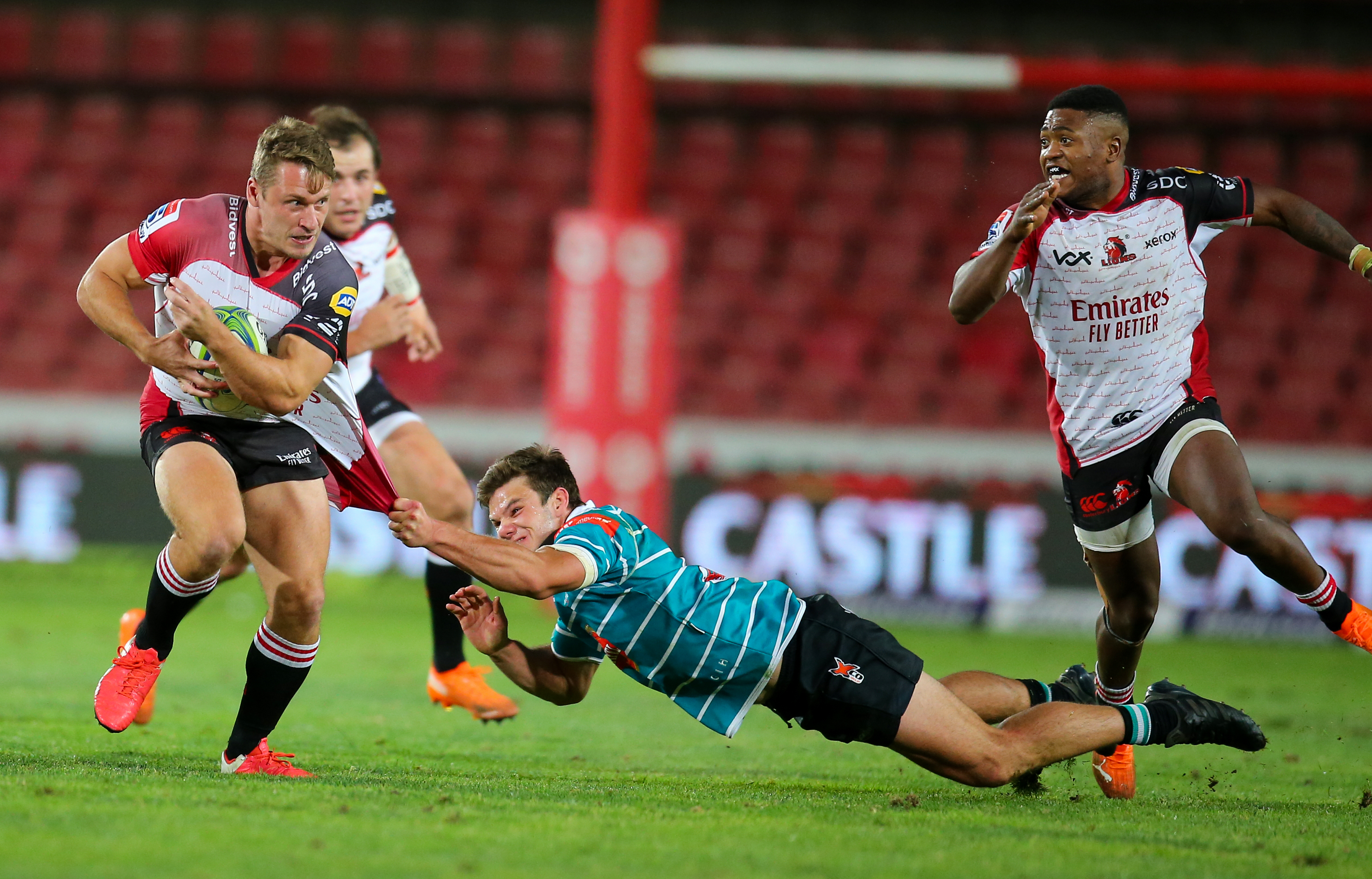 The Super Rugby Unlocked match between the Emirates Lions and Pumas scheduled for Emirates Airline Park on Saturday has been postponed in line with COVID-19 protocols. The decision was taken as part of prescribed precautions advised by the National Institute for Communicable Diseases (NICD) to limit the risk of further infection in the rugby community.

The intention is to reschedule the match as soon as possible. The decision was triggered on Friday following receipt of two further positive results from a second batch of tests after one player from the Phakisa Pumas returned a positive result in scheduled testing earlier in the week.

Contact tracing protocols were followed which identified that all the infected players were engaged in a scrumming session. As a result, a number of the Pumas forwards have been placed in quarantine for ten days. The Pumas are scheduled to conclude their Super Rugby Unlocked programme at Loftus Versfeld on 20 November. Plans are already being made to reschedule both Pumas’ matches against the Lions and Bulls. Springboks Frans Malherbe and Scarra Ntubeni return to the Stormers' front row for their encounter with the Cheetahs at Newlands on Saturday.

The Bok front row duo played off the bench in last weekend's commanding win over Tafel Lager Griquas and are amongst the five changes to the starting line-up from DHL Stormers which will also see two Blitzboks on the wing for the home side.

Ruhan Nel replaces the injured Edwill van der Merwe on the right wing, with Angelo Davids will again start on the left. There is also a recall for Springbok halfback, Herschel Jantjies, who sat out last week on compassionate grounds.

“We are focused on delivering an accurate display in what will be our last game in a DHL Stormers jersey at DHL Newlands this year," said DHL Stormers head coach John Dobson.

Springbok Rugby World Cup-winning centre Frans Steyn will have to pass a late fitness test to determine his readiness for Saturday's crunch round six match.

Steyn missed last weekend's match against the Cell C Sharks due to a groin injury and although he is back in the starting line-up a call on his availability will only be made later. He is bracketed at inside centre with Chris Smit.

Meanwhile, Ian Groenewald will be making his debut in the place of JP du Preez at lock. The other change to the starting pack sees the selection of Phakisa Pumas recruit Jeandre Rudolph at No 8, in place of Aidon Davids.