Round 5 of the Guinness PRO14 promises excitement and drama with five more matches set for the weekend. Munster and Benetton’s Saturday afternoon contest might have been postponed but there is more than enough action to whet the appetite across three days.

Wales v Ireland is the theme of the week, with Connacht and Leinster on the road at Dragons and Ospreys respectively, while Zebre bid to break their duck against Scarlets at the 14th time of asking. Scotland’s two teams play on Monday Night Rugby, with Glasgow Warriors facing the tricky prospect of a trip to Ulster, while Edinburgh Rugby will hope to build on their first win of the campaign against Cardiff Blues.

After four weeks, this is where the season starts to take shape and both conferences are intriguingly poised. Leinster and Ulster rule the roost in Conference A while, the likes of Blues and Connacht will hope to eat into Munster’s Conference B advantage.

The Welsh Rugby Union and Dragons Rugby have collaboratively and proactively taken the decision to close the Region for a fortnight following the latest results of the COVID-19 testing programme.

The Dragons returned seven new positive COVID-19 tests this week as part of the Welsh Rugby’s weekly testing programme. Working closely with and supported by Public Health Wales the decision has been made to close the Region for a fortnight, with no training or games to take place during this time. 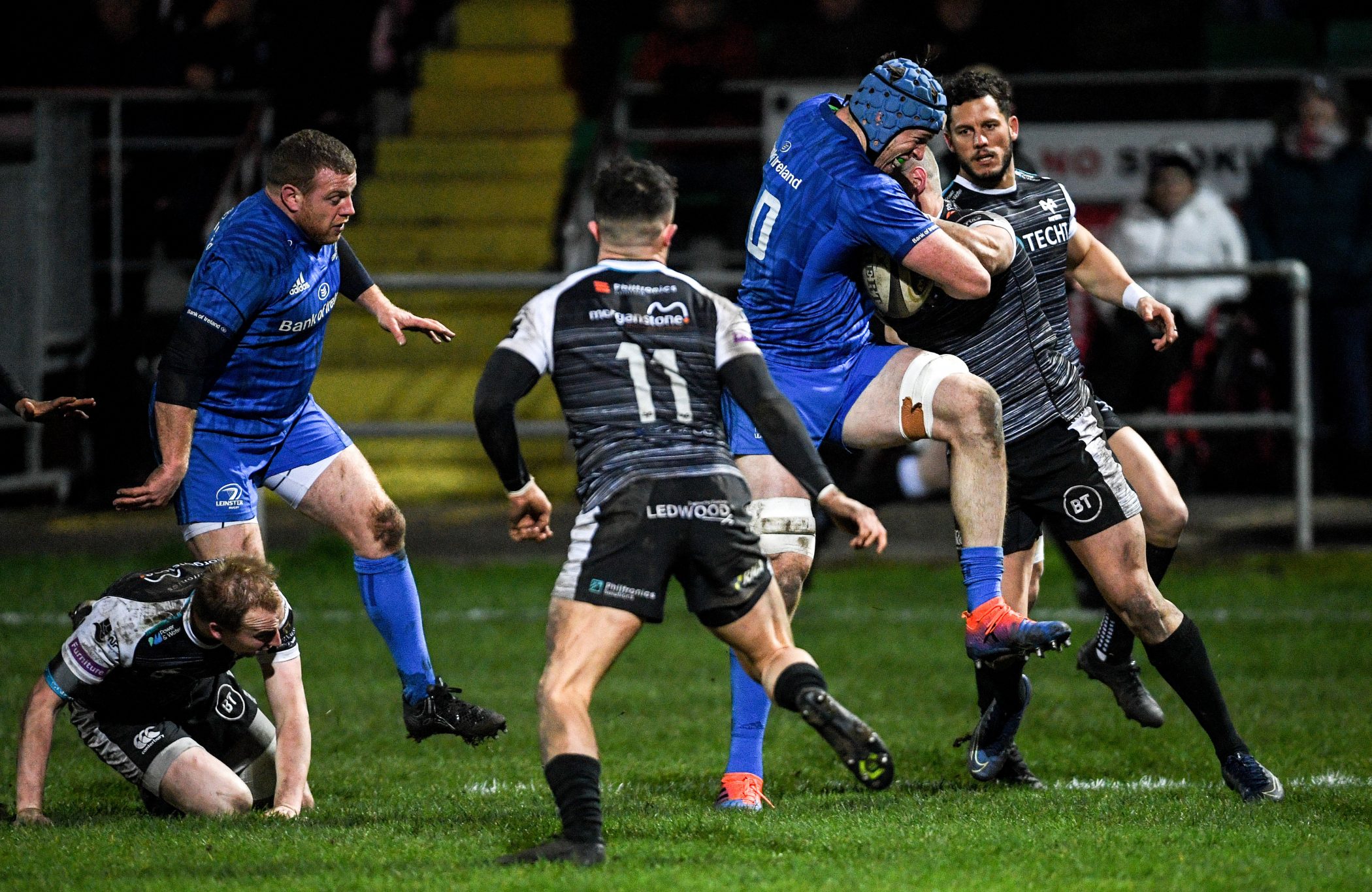 Ospreys suffered a disappointing defeat to Zebre on Monday Night Rugby, going down 23-17 in Parma, while Leinster head to Wales following an ominous 32-19 success at Glasgow Warriors.

Ospreys have not lost successive Guinness PRO14 matches since January but face a tall task against a Leinster team that boasts a 100 per cent winning record this season.

Recent history also favours Leo Cullen’s men as they chase a ninth straight win against Welsh opposition, with their last defeat coming against Scarlets in September 2018.

Ospreys have won just one of their last ten meetings with the defending champions but have made an encouraging start to the new campaign with two wins from four following an underwhelming 2019/20. Zebre have not won back-to-back Guinness PRO14 matches since September 2018 but will be flying high after a morale-boosting win against Ospreys on Monday night.

Overcoming Scarlets on the road is an all-together different prospect though, with the Llanelli-based side protecting an unbeaten 13-game head-to-head record.

Zebre have won just two away games in Wales altogether, although the latest of those was only a year ago when they beat Dragons in November 2019.

Scarlets’ only win this season came against Zebre’s Italian rivals Benetton 11-3 in Round 3 and they are bidding to avoid a third straight home defeat since 2007/8 – when they were playing in their former home, Stradey Park.

The hosts will be seeking more tries, with only Paul Asquith and Samson Lee dotting down in this young campaign.

Edinburgh finally got off the mark for the new season with a scratchy 6-3 win away at Scarlets in Round 4, a result which ended a five-game losing streak in the Guinness PRO14.

The history book makes for pleasant reading, with Edinburgh suffering just one defeat from their last eight matches with Welsh opposition, while they have won their last two encounters with Cardiff Blues.

The Blues have lost their last two Guinness PRO14 matches but have not lost three for more than a year, while they have won on five of their last seven trips to BT Murrayfield.

Away days have become a slog, however, with the Blues’ opening-day 16-6 success at Zebre their only away win in 2020. 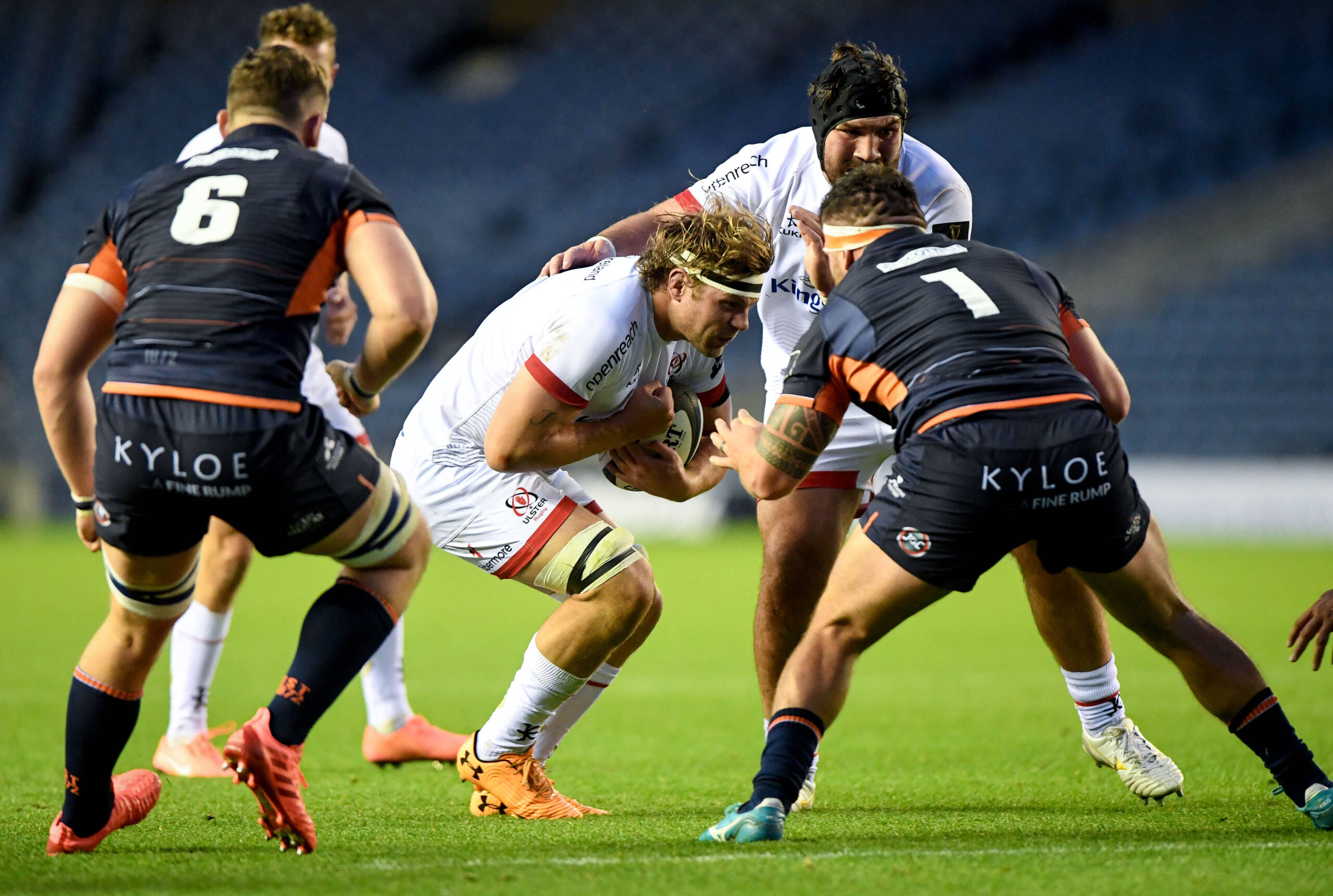 They may have lost in the Guinness PRO14 final two months ago but Ulster have refused to let it get them down, matching Leinster stride for stride in Conference A so far.

On Monday Night Rugby, they face Glasgow Warriors – the 2018-19 beaten finalists – hoping to make it five wins from five this season.

Kingspan is one of the hardest venues to visit and Ulster have won their last 16 home games since drawing with Benetton in January 2019.

In contrast, Glasgow have won just once this season but have not lost to Ulster in two-and-a-half years. The Warriors have struggled against Irish opposition however, with their last win against a side from across the Irish Sea.