The TOP 14 took centre stage in France this weekend after the Champions and Challenge Cup matches were postponed.

This meant that four re-arranged fixtures took place with Bordeaux and Clermont playing out to a 16 all draw on Saturday before Bayonne were edged 22-23 at home against Pau.

Sunday's action saw Castres claim a narrow 19-21 victory away against Montpellier while the final game of the weekend saw Toulon beat Racing 92 in Paris.

Following the weekend's action, we have a look at five players included in the France Six Nations squad who made a claim for a test start. 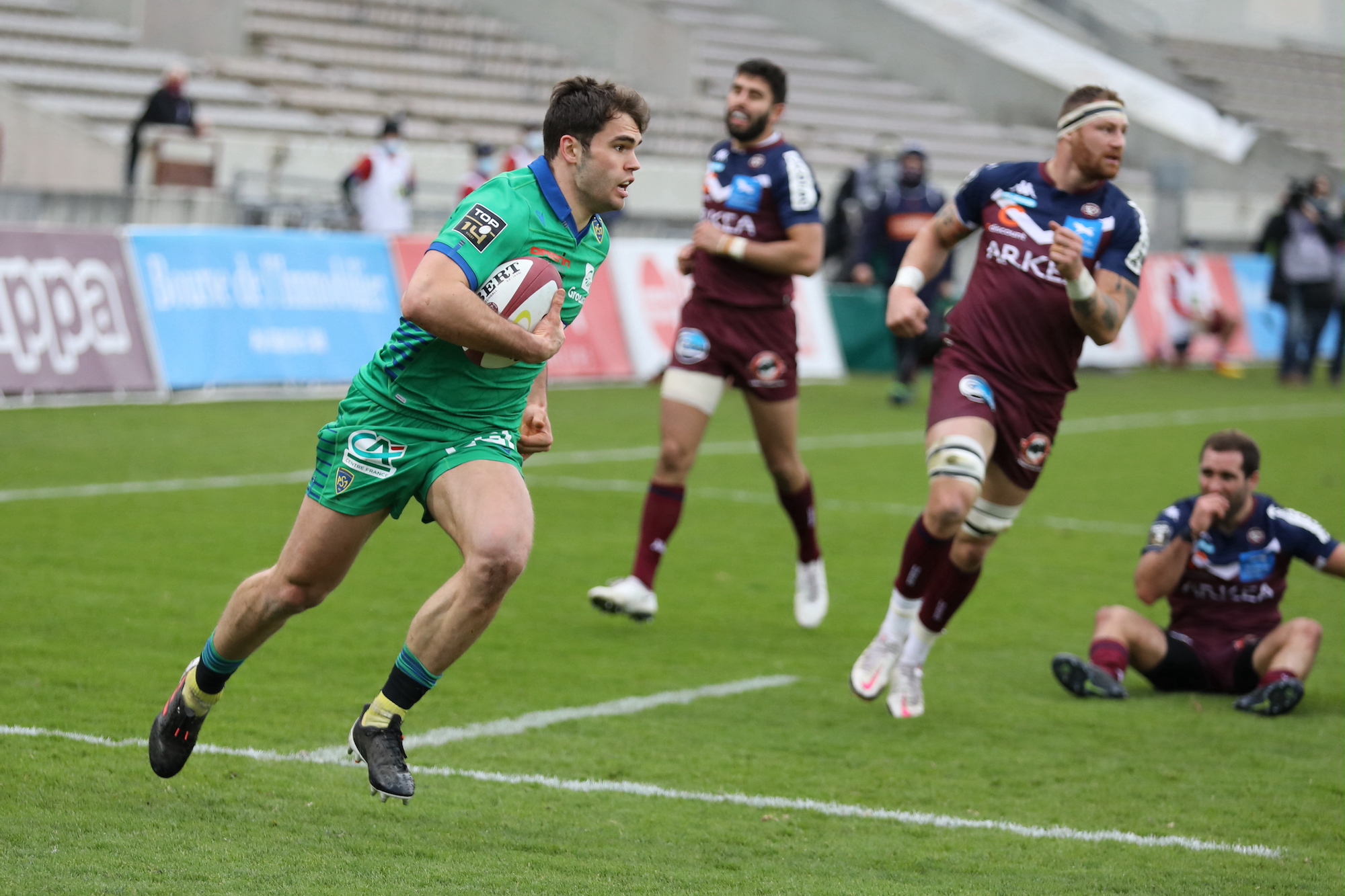 Injuries limited Damian Penaud's chances at test level last year but the outstanding winger looks to be back to his best.

While Penaud will normally stroll into a starting test jersey, a number of wingers stood out in the Les Bleus jersey last year meaning that Penaud would have to prove he is ready to return to the highest level. The 24-year-old did just that this weekend in Bordeaux's 16 all draw.

He was excellent on defence and while his support lines were superb as usual. He also managed to keep the threatening Ben Lam relatively quiet.

The French wingers were in fine form this weekend. Having already mentioned Damian Penaud, the likes of Teddy Thomas and Donovan Taofifenau also both had superb games despite ending the game against Toulon on the wrong end of the result.

However, Gabin Villiere was arguably the pick of the wingers this weekend. The speedster, who made his test debut during the Autumn Nations Cup last year, was outstanding all facets of the game against Racing 92 while his tackle on Virmi Vakatawa proved to be a pivotal point in the game.

Villiere was incredibly busy on Sunday evening as racked up over 40 running metres, made four passes, one offload and five carries. While those numbers aren't entirely impressive for a winger that goes searching infield for work, the Toulon winger was a real threat over the ball winning two turnovers and was regularly disturbing Racing's breakdown.

He made all six of his attempted tackles and was solid under the high ball. Penaud is likely to fill one of the starting winger jerseys for France during the Six Nations but the other is well and truly up for grabs and at this stage, it wouldn't be all that surprising if Villiere managed to nab one for himself despite the stiff competition from the Racing 92 duo he faced this weekend.

Jelonch returned to the test squad during the Autumn Nations Cup last year and produced some standout performances that has earned him a place in the Six Nations squad. He has since continued that form for Castres putting in another fine shift against Montpellier. Starting in the no.8 jersey, Jelonch made 16 carries for 65 running metres and assisted two tries and made 9 tackles.

While the Castres loose forward is often used in the #7 jersey, the same position Les Bleus captain Charles Ollivon plays, he is capable of filling any of the back-row positions. Dylan Cretin and Francois Cros look like the front runners for the #6 jersey but with Jelonch another excellent option at the lineout and considering his form, he may well force Fabien Galthie's hand. Romain Ntamack is set to miss at least the opening stages of the Six Nations meaning that Matthieu Jalibert and Louis Carbonel have the perfect opportunity to make a real mark on the #10 jersey.

The two young pivots faced off earlier this month with Jalibert winning the positional battle over Carbonel on the day with Bordeaux claiming a 31-18 victory over Toulon but Carbonel bounced back on Sunday.

The 21-year-old scored 19 points in Toulon's 23-29 victory over Racing 92 in Paris missing two shots at goal in the game. He controlled Toulon's attack superbly at the Paris La Defense Arena and managed to guide his side to a crucial victory that saw them move into the top four.

Jalibert had a solid outing for Bordeaux in the draw to Clermont but this week it was Carbonel who got the edge.

Ahead of the 2020 Six Nations, Alexandre Fischer was widely tipped to make his test debut after his excellent performances in the Champions Cup for Clermont with his work at the breakdown impressing.

Fast forward to the build of the 2021 Six Nations and Fischer is still uncapped with injuries hampering his chances. The 22-year-old has since returned from injury and although he hasn't been included in the Six Nations squad for France, he has been included as a training member.

Fischer brings something different to the other flankers in the squad with his excellent work at the breakdown, which he displaced one against Bordeaux. At every opportunity, Fischer slowed down the Bordeaux attack and managed to make 10 tackles and won two clean turnovers.

Again, Fischer is likely to rival Charles Ollivon for a place in the squad which does limit his chances but he too could feature as a blindside flanker.