Following a blockbuster opening round of Super Rugby Aotearoa, New Zealand prepares for round two of the competition with the second round of action promising to better the spills and thrills of the first.

The opening round of the competition saw Beauden Barrett debut for the Blues against his former side while Bryn Gatland sunk his old man's side with a crucial drop goal. While Quentin Tarantino would have struggled to script a better return to rugby than the opening round of action, there are at least five reasons why the second round will be better.

The three-peat Super Rugby champions are yet to feature in the competition and while we are unlikely to see Scott Robertson spinning on his back in celebration at full time, their entry into the fray in certainly one to get excited by.  The Crusaders have faced New Zealand opposition three times this year but are yet to face Hurricanes, who have certainly been their most testing opposition at home in recent years.

The Hurricanes have won five of their last six Super Rugby games at home to the Crusaders, however, their sole loss in that span came in their most recent home meeting against them.

Scott Robertson's side has been boosted by the return of former captain Sam Whitelock, who led the side in their last three successive title runs, while they have a relatively clean bill of health heading into their opening game, with just Scott Barrett out through injury.

While seeing Jack Goodhue's mullet trailing behind him as he sprints through a gap thanks to a wonderful pass from Richie Mo'unga with George Bridge, Braydon Ennor and Sevu Reece outside of him, the Crusaders are far more than just a flashy attack. The Canterbury side has an extremely well-oiled pack upfront that still seems to produce the goods despite losing the All Black parts that include Kieran Read, Owen Franks and Matt Todd. In fact, the youngsters that have made the step-up were standouts during the 2020 Super Rugby season.

Former New Zealand u20 captain Tom Christie is likely to have a field day with the new breakdown laws along with fellow flanker Cullen Grace with the former showing off his work rate on defence topping the tackle count in Super Rugby averaging 17.7 tackles per game. Damian McKenzie was robbed of his debut Rugby World Cup appearance thanks to a horror injury during the open stages of the 2019 Super Rugby season.

He has returned in tip-top shape and will look to reclaim his #15 jersey when test rugby eventually resumes. This weekend provides him with the perfect opportunity as he faces off against the man that replaced him in the All Black set up in Beauden Barret, who once again has been named at fullback for the Blues.

Who do you think will win the opening #SuperRugby Aotearoa game of the weekend?🤔 #CHIvBLU

Both players had influential performances over the weekend and will look to build on that in round two while signally to new All Blacks' head coach Ian Foster how he should set up his backline. The pair lock horns on Saturday while less than 24 hours later, Richie Mo'unga will be afforded the opportunity to make his counter case and reaffirm his role as the All Blacks first choice first five keeping the pair battling it out for the #15 jersey. 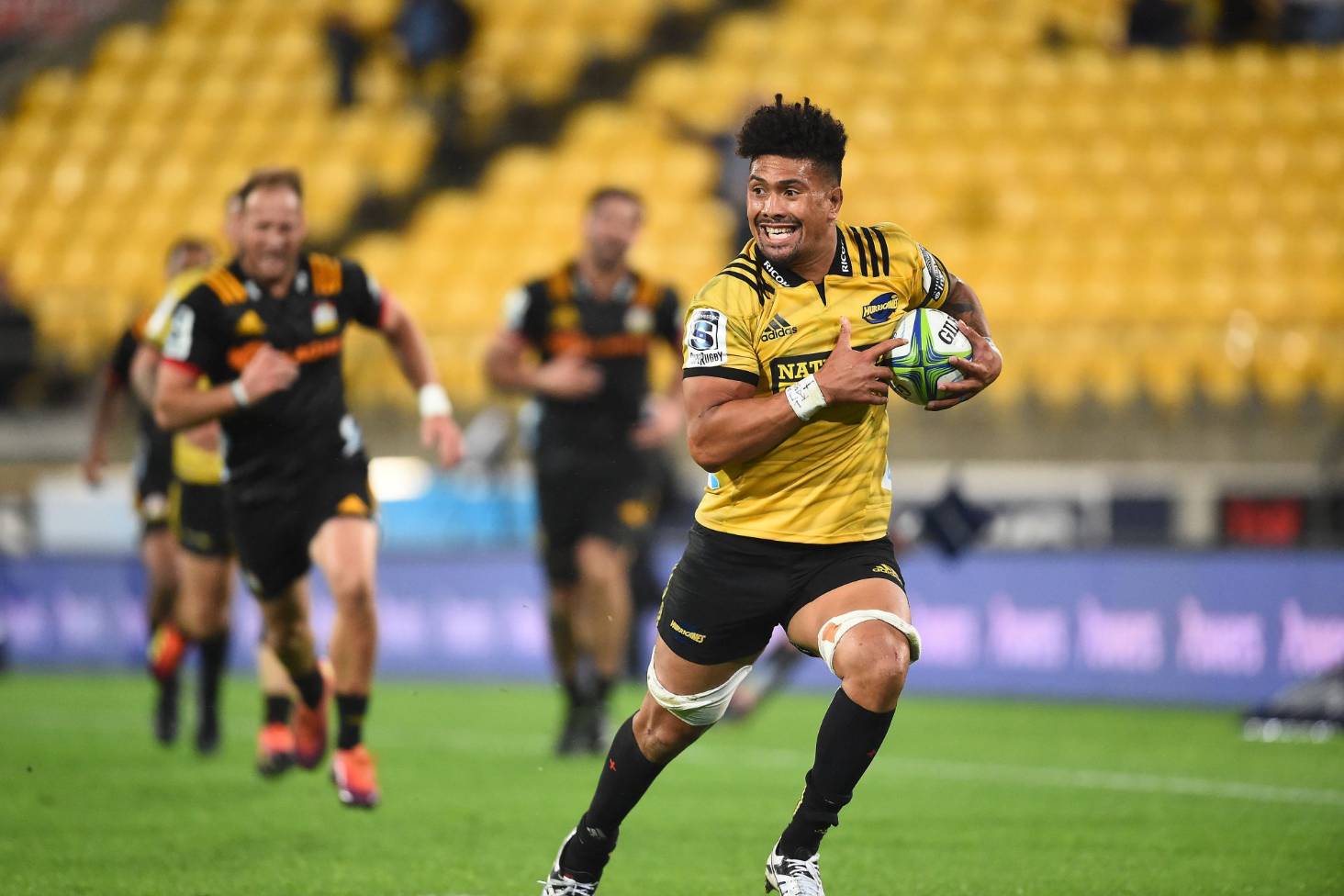 A new decade, a fresh start. Not only will the All Blacks start the new decade with a new head coach but they will be on the hunt to replace the country's most capped no.8 in their test history. Rookies Marino Mikaele Tu'u (Highlanders) and Hoskins Sotutu (Blues) have sprung at the opportunity to stick their hands up for selection and have impressed so far in 2020.

Both players are at the start of their careers and have just begun to cement their place in the respective starting line ups with Mikaele Tu'u filling the void left by former Highlanders' captain Luke Whitelock while Sotutu has restricted Akira Ioane to just three appearances out of a possible seven this year - after featuring in every single Blues' game between 2017 and 2019.

Speaking of Ioane, Blues' coach Leon MacDonald noted the imposing back-rowers' fitness last week saying that he was unlucky not to make the team with his skin folds being better than ever. Ioane is yet to make his test debut for the All Blacks but has notably been on the fringe of the All Black squad according to former coach Steve Hansen who often gave him a few work-ons to make the test team. His fitness adds to the prospect of him forcing his way back into the conversation around the 8 jersey.

If the current policing of the breakdown is extended to test rugby in the future, the case can be made to field another openside flanker in the back row. This, in turn, could see the All Blacks start both Ardie Savea and Sam Cane in the same XV, much like they did for most of the Rugby World Cup.

Savea is viewed as a potential candidate for the eight jersey while his fellow back row at the Hurricanes could just as well push for the jersey as well with Gareth Evans certainly ticking all the boxes to replace Kieran Read. A hard worker on defence, Evans is also excellent in the lineout and is an excellent runner and link man.

4. The Midfield battle in Wellington 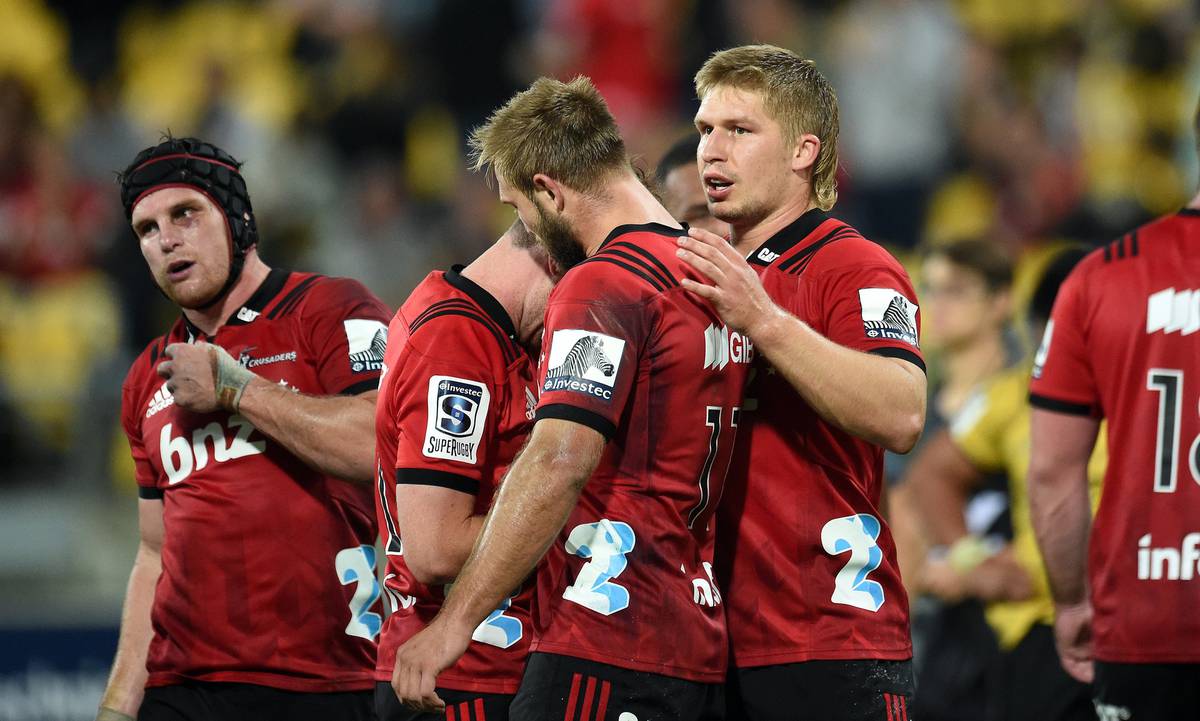 The clash at Sky Stadium on Sunday is jampacked with exciting duels across the park. However, the midfield battle is one that certainly stands out from the rest.

Ngani Laumape and Vince Aso will be out with a point to prove after the loss to the Blues with the former also narrowly missing out on a place at the Rugby World Cup in Japan by the smallest of margins.

Laumape will line up against the man that did go to the World Cup and featured in 4 of the All Blacks' 6 matches. Jack Goodhue has shifted into the 12 channel for the Crusaders since the departure of Ryan Crotty at the Christchurch-based franchise. Goodhue's centre partner Braydon Ennor has been nothing short of sensational for Scott Robertson's side and having earned his test debut against Argentina before the World Cup, there is certainly more to come. His opposite number, Vince Aso, has also been in the conversation for an All Black call up - particularly because of his versatility - but injuries have hampered his chances.

The two partnership work exceptionally well together and if one can get the upper hand over the other, it could well decide the game.

5. Four of the best in action

This weekend will see the four best New Zealand side's of 2020 take the field. Last week the Highlanders provided a shock by beating the much more favoured Chiefs but if the form in 2020 is anything to go by, we should in for two close matchups this weekend.

During the 2020 Super Rugby season, the four sides in action this weekend had lost just seven losses between them, with the Highlanders winning just a single game.