The Rugby World Cup is fast approaching with most nations having already confirmed their 31 man squads for the showpiece in Japan.

As we continue to build to what many fans, coaches and pundits have dubbed as what will be the most closely fought World Cup to date, we have picked out five Tier two players to keep an eye on in Japan.

Up first is the Tier Two nations battling it out in Pool A namely Russia, Japan and Samoa.


A heavily yet fleetwood-footed winger weighing over 100 kgs, German Davydov could cause a few headaches for a few Tier one defences at the World Cup.

Davydov has scored seven tries in 18 test matches for Russia and also showed off his pace, power and skill on the sevens circuit for Russia.

However, we have picked out Davydov as a player we think could have a big World Cup.

Michael Leitch, Amanaki Mafi and Lappies Labuschagne are more well-known players that will represent the host nation at the World Cup but live wire flanker/second-rower Kazuki Himeno is just as exciting.

The utility forward is hard working often hitting double digits in the tackle and carry departments while still managing to a real threat over the ball as you can see in the video above.

His versatility makes him a key asset for Jamie Joseph's side and gives the former Highlanders' head coach the option to field Labuschagne, Leitch, Mafi and Himeno in the same pack.

Himeno won't add to his 17 test caps against South Africa this weekend due to fitness but he will certainly make an impact when full fit at the World Cup. 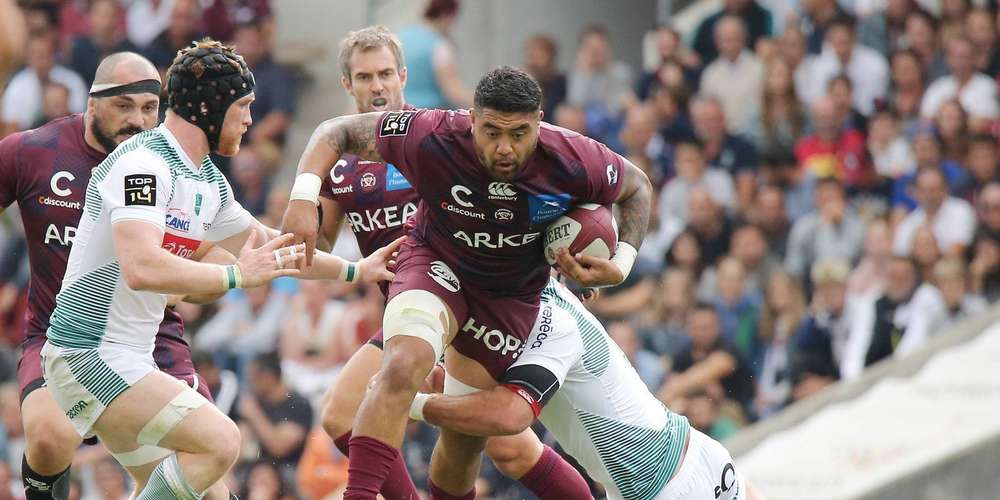 Amosa had a long journey to the Top 14, where he has been a star turn for Union Bordeaux Begles since joining the club ahead of the 2018/19 Top 14 season.

The ball carrying number 8 told Sudouest.fr that he was surplus to requirements in Australia when pursuing a Super Rugby contract and ended up finding his way to Top 14 after a stint in Spain.

Amosa eventually join La Rochelle before joining Bordeaux. He has since sharpened his game and is one of the strongest ball carrying loose forwards heading to the world cup.

The Samoan is superb on both sides of the ball and like Himeno, he is extremely hard working. Don't be surprised to see Samoa base their attack around Amosa's strong ball carrying game from set-pieces with the no.8 possessing a great offloading game.

You may recognise Japan's powerhouse winger's name after his exploits against South Africa in the 2016 World Rugby U20 Championship which saw him being dubbed as the 'Japanese Jonah'.

The winger grabbed a hat-trick that day against the Junior Springbok before he went somewhat quiet as he played at university level where he was utilised in the back row.

However, he returned to the spotlight with the Chiefs during the 2019 Super Rugby season. He was utilised mostly off the bench but managed to score three tries in 9 matches.

Watch The Clash live from Twickenham at 1.30pm on BT Sport 2 HD 📺pic.twitter.com/YIcWTSLwzO

If you have followed Wasps or Bristol Bears at all since 2014 you won't need to read much more than Alapati Leaiua's name.

Leiua is possibly the most well-known player on this list but it was hard not to mention the exciting back without mentioning the Bristol Bear.

The fantastic Samoan back, who can play in the centres or on the wing, is certainly one of the most talented Tier Two backs going to the World Cup and has admirers around the world, one of which being England head coach Eddie Jones.

Leiua has scored seven tries for Samoa since debuting against Scotland in 2013 having turned down an invite to link-up with Steve Hansen’s All Blacks earlier that year.