The Ireland coaching group have included five uncapped players in a squad  of 35 for the upcoming Women’s Six Nations Championship.

All five have been capped at 7s and represented Ireland at the HSBC World Rugby Sevens. The quintet includes Amee Leigh Murphy Crowe who was the series Top Try scorer in 2019 and named in the Dream Team.

Stacey Flood, Eve Higgins, Emily Lane, Grace Moore and Murphy Crowe have been part of the training squad since the conclusion of the Championship back in October.

Claire Boles and Emma Hooban were also added to the squad at the same time and are named for the upcoming tournament.

Ireland will be without the experienced trio of Ciara Cooney, Edel McMahon and Grand Slam winner Larissa Muldoon as all three are unavailable due to injury.

Dates and kick off times for the Championship were confirmed today by Six Nations Rugby. Ireland start their campaign away to Wales on April 10th with a 5pm kick off.

A week later they are back at Energia Park to face France, with that game down for a 2:15 start.

The tournament concludes with a final round of games on April 24th determined by results over the first two rounds.

Ciara Griffin will captain the squad which also includes newcomers Katie O’Dwyer, Neve Jones and Brittany Hogan, who all made their debut against Italy last October. 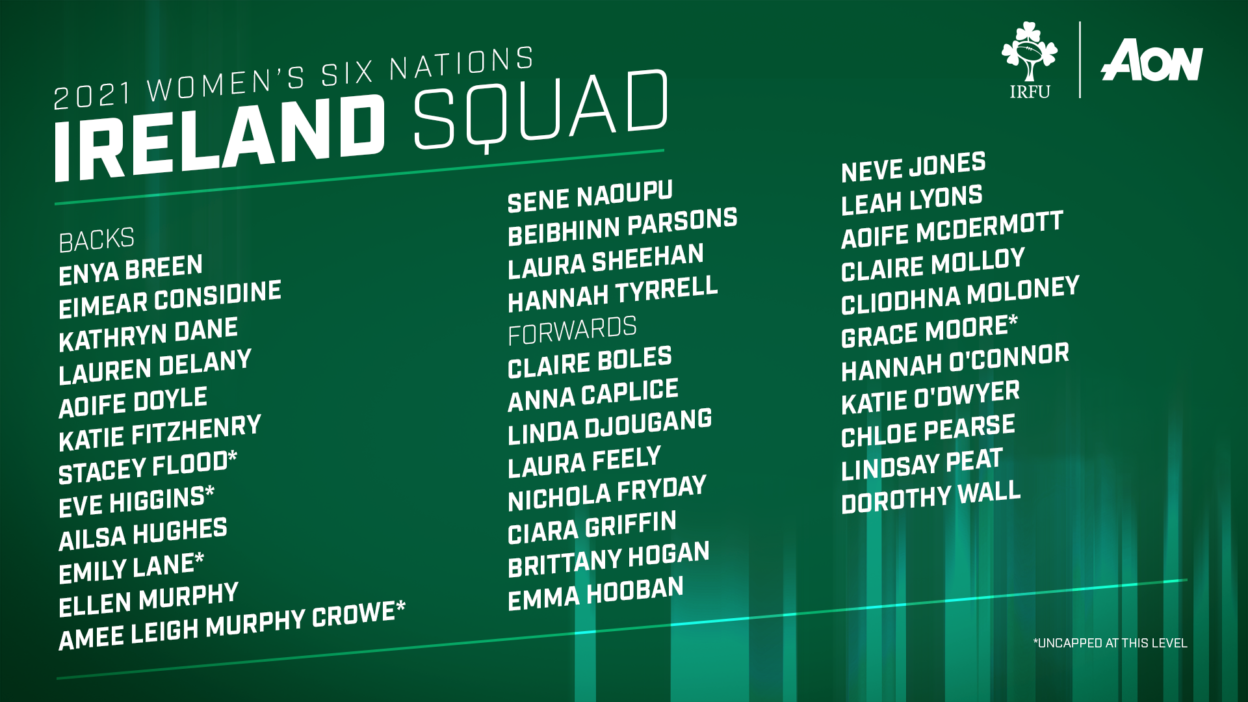