England head coach Eddie Jones has named his squad to play Ireland as part of the Quilter Internationals on Saturday at Twickenham Stadium.

A different selection strategy for the weekend will see a number of changes to starting XV who faced Wales in Cardiff last weekend.

Captain Owen Farrell (inside centre), Manu Tuilagi (outside centre) and Ben Youngs (scrum half) start their first match this series. Jonny May will make his first appearance this season on the left wing with Joe Cokanasiga switching to the right wing.

Jamie George, Joe Marler and Kyle Sinckler are named in the front row. Tom Curry and Sam Underhill return from injury to play in the back row alongside Billy Vunipola while George Kruis starts in the second row alongside Maro Itoje.

Mako Vunipola has been named as a finisher following his recovery from long-term injury.

Jones said: “The players have come back in a very good physical and mental state and we have had a good preparation this week. We purposefully made the week short looking ahead to the World Cup where this might happen beyond our control.

“It is the third of four games for us and come the 8th of September, when we get on the plane, we want to be ready to go. This is another step forward for us.

“This weekend we will be looking to gain more game fitness and testing different sorts of game strategies. We have a specific way of how we want to play and the focus is very much on ourselves.”

On England’s last game at Twickenham before heading to Japan, Jones added: “We have been so appreciative of the support we have had at Twickenham this year and this is our last match there before the tournament, so we look forward to playing well in front of our fans.” 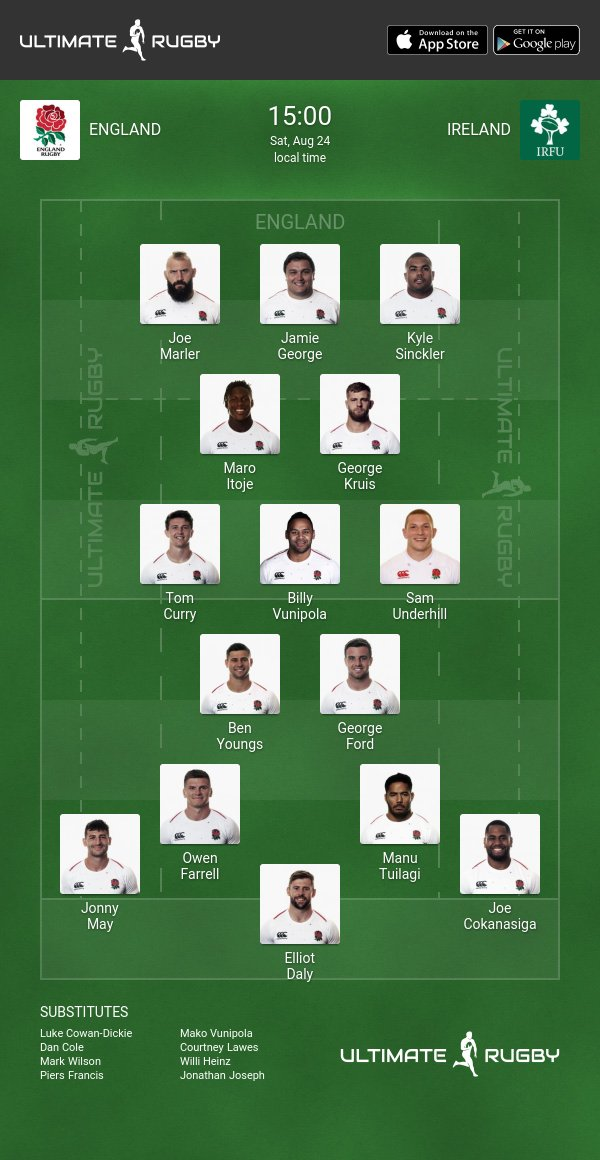