Wallabies coach Michael Cheika has made four changes to his starting side for the opening Spring Tour Test against Wales at Principality Stadium in Cardiff.

Adam Coleman will start at lock after missing the third Bledisloe Cup clash because of a groin strain while Jack Dempsey and Samu Kerevi make their long-awaited return to the starting side after playing off the bench against New Zealand.

Kerevi’s start at outside centre has forced a reshuffle to the Wallabies backline with Israel Folau returning to the right wing while Sefa Naivalu has been preferred to Marika Koroibete on the left edge.

Hooker Tolu Latu will make just his second Test start on Saturday afternoon almost two years on from his first against France back in November 2016.

Veteran Tatafu Polota-Nau will serve as Latu’s deputy and is in line to make his return to the Test arena for the first time since facing Argentina on the Gold Coast while Jack Maddocks has overcome a thumb injury that’s ruled him out for almost two months.

The Wallabies will wear a poppy on their sleeve this weekend to commemorate the 100-year anniversary of Armistice Day on November 11.

Rugby Australia will honour the servicemen and women who perished during the Great War, including 10 Wallabies, when they lay a wreath at the Armistice Centenary at Villers-Bretonneux.

Wallabies line up to face Wales 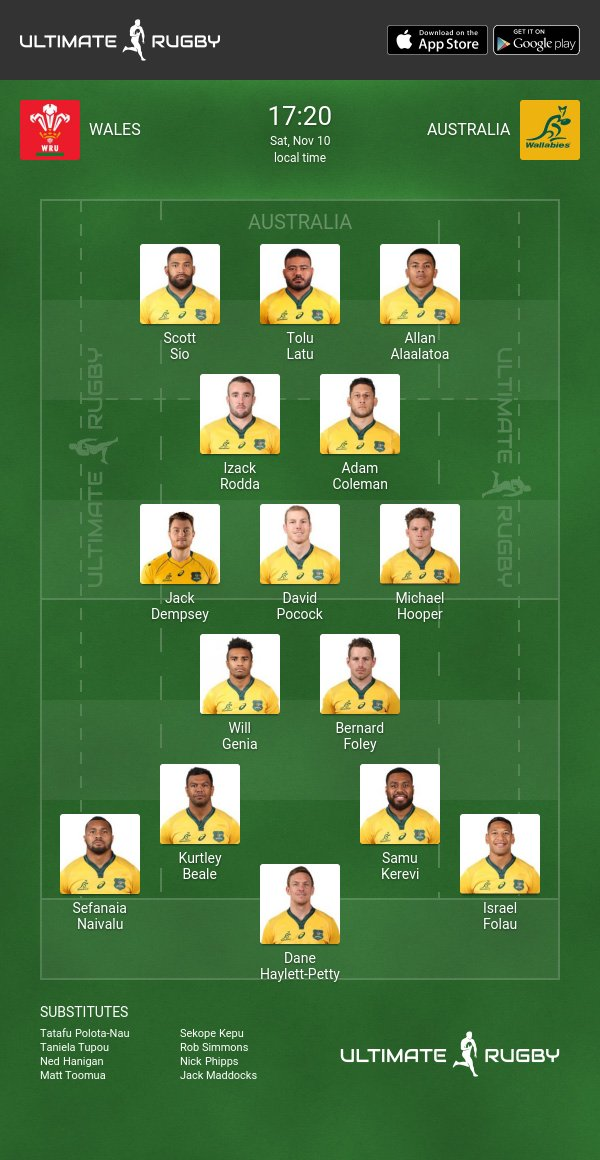