France cuts down to 28-man squad ahead of England clash
France head coach Fabien Galthié has announced the list of 28 players who will remain in Nice this weekend for the preparation of the Six Nations.

14 players will be made available to their clubs this weekend and will join the XV group from France on Sunday. 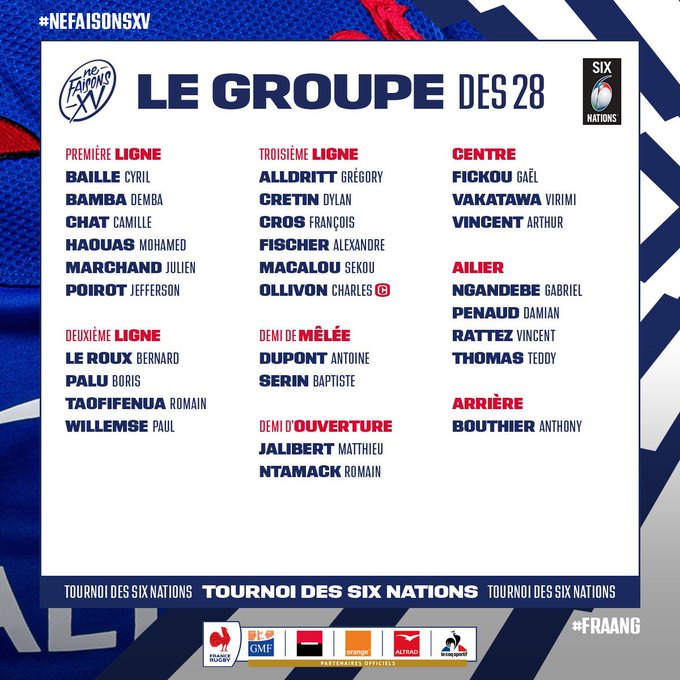