Wales coach Warren Gatland has announced his team for the Pool D match against Fiji in Oita Stadium on Wednesday, 9 October.

Wales have named 13 of the starting XV that beat Australia in their last game. The only changes are in the back row where James Davies and Ross Moriarty come in for Justin Tipuric and Aaron Wainwright. Josh Navidi remains but moves from number eight to blindside flanker.

Five of the starters who beat Fiji four years ago return. Tom Francis and Alun Wyn Jones in the forwards and Gareth Davies, Dan Biggar, and George North in the backs.

Alun Wyn Jones will draw level with Gethin Jenkins as the Welsh player with the most World Cup caps. Jones will make his 18th World Cup appearance.

James Davies makes his first World Cup appearance in the back row. He will play for Wales with brother Jonathan Davies for the second time. Their one previous appearance was against England in August 2019, a match Wales won.

If George North scores a try against Fiji he will move to 40 international tries, that will draw him level with Gareth Thomas as the second most prolific Welsh player. The leader is Shane Williams on 58. 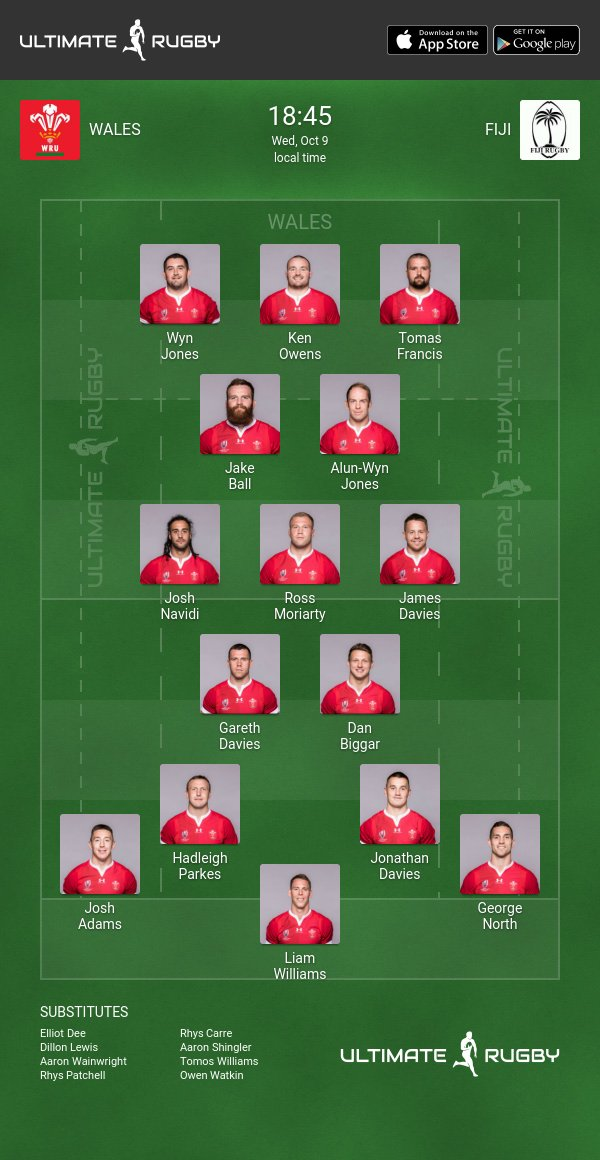