Gearing up for the 100th All Blacks vs Springboks Test

There are few moments more cherished in the game of rugby than those immediately preceding the shrill blast of a whistle heralding a contest between the Springboks and All Blacks. Whether in the cold, crisp air of the Highveld or in the icy sleet of a New Zealand winter’s night, the seconds before battle – with the blood-curdling screams of the Haka still ringing in the ears, the steely, menacing gazes of the big figures clad in green and black – these are the seconds in which the enormity and uniqueness of this great rivalry are realised.


Tomorrow will mark a very special day within the context of this particular duel – the centenary test between these two giants of the game.

The history stretches back to 1921 when the sides first met in Dunedin. The All Blacks were victorious on that occasion, 13-5, but the seed of something special had been sown and proceeded to grow steadily into one of the most brutal, skilful and respected traditions in rugby, fuelled by the valiant efforts of all those who are determined and courageous enough to make the cut. “It was a love/hate relationship. They loved you socially, they wanted to mix and meet...but, get you on the field and my hell, they only had one objective, and that was to beat you.” - Colin Meads (All Black, 1957-1971).

As things stand, the All Blacks are out in front, claiming 59 of the 99 tests played with the Springboks trailing them on 36 while only 4 draws have occurred. 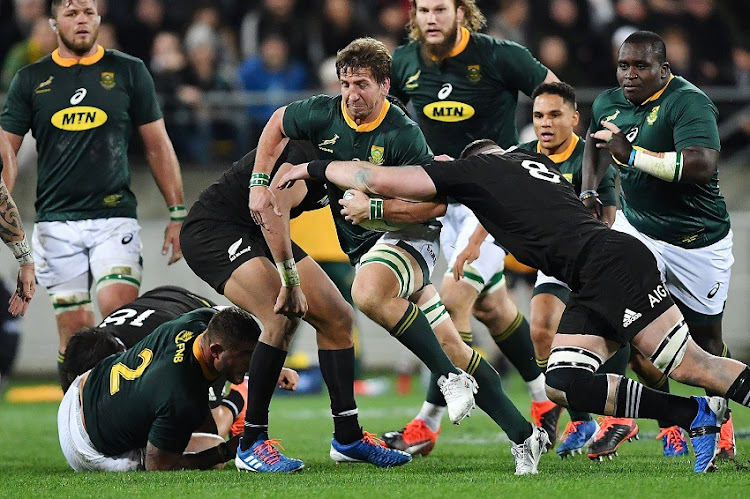 In terms of World Cups, the teams are neck-and-neck with 3 apiece:

With so much enthusiasm, passion and history filling this fixture, it is somewhat surprising that it is not older than it is. The stage is setting itself beautifully for the hundredth contest between these two titans; the Springboks are world champions and will be battle-hardened by their series with the British Irish Lions while the All Blacks are strong as ever with enviable depth in almost every position.

While the magnitude of the occasion will certainly not be lost on anybody, the revered ferocity of the physical battle will be tempered – come the final whistle – with the famous respect that these two great sides have always had for one another, and which has made this rivalry the special one that it is.