Gearing up for the unofficial "fourth test"

In what is being not unfairly termed an unofficial “fourth test”, South Africa ‘A’ take the pitch to meet the British & Irish Lions in Cape Town this (Wednesday) evening.


Rassie Erasmus and Jacques Nienaber have selected formidable squad packed with World Cup winners from 2019 (18 in all) in a bid to quench their thirst for top-level match practice after the disruption of their preparations by Covid-19.

A glance at the team-sheet immediately betrays the fact that this is something significantly more than a second-string Springbok side.

However, Lions Head Coach, Warren Gatland, has welcomed the challenge.

“I probably wasn’t expecting them to be as strong as they are, they’re obviously short of games, but I’m absolutely delighted with the team they’ve put out because that helps our preparation immensely,” he said at a recent press conference.

“We’ll get a bit of a feel of where we are and what things we need to work on in the 10 days leading into the first Test.

“I’m really pleased with how strong that team is because, even though it’s a South Africa ‘A’ team, it’s going to be a tough challenge and everything is about winning the Test series and preparing for that.

“I keep referring back to 2009, when we had the first Test we had played teams that were understrength in terms of not having the Springboks and we weren’t quite ready or we thought we were a little bit better prepared than we were.

“That’s in the back of mind so the fact that I’ve seen that side, we’ll get a good indication of where both teams are after Wednesday night’s match.”

The last time the Lions turned out for a game was on Saturday 10 July when, for the second time that week, they trampled the Sharks.

With usual captain Siya Kolisi unavailable for selection due to Covid-19, Sharks teammate Lukhanyo Am will lead the side. He described their lead-up to the game.

"We couldn't do much in six days of quarantine” he said. “In terms of physical readiness, the most we could do was stretch and basic workouts in the room but in terms of mental preparation, we did a lot of Zoom meetings, analysis and video work on the phones and laptop.

"That's pretty much the preparations we could do but I think, on the other hand, we go into this game fresh with guys who had niggles and injury having had enough time to recover.

"We'll see where we are at on Wednesday but we’ll be pushing as hard as we can."

The Boks, understandably, looked somewhat rusty the last time they locked horns on the international arena, taking on Georgia in their first test since November 2019.

While it, of course, has no bearing on this evening’s spectacle, it is interesting to take a look at the last time SA ‘A’ took on the Lions – in 2009 – this time, under the banner of the ‘Emerging Boks’.

The individual clashes tonight are mouth-watering, to say the least, with every single position offering a massive contest for the viewers. 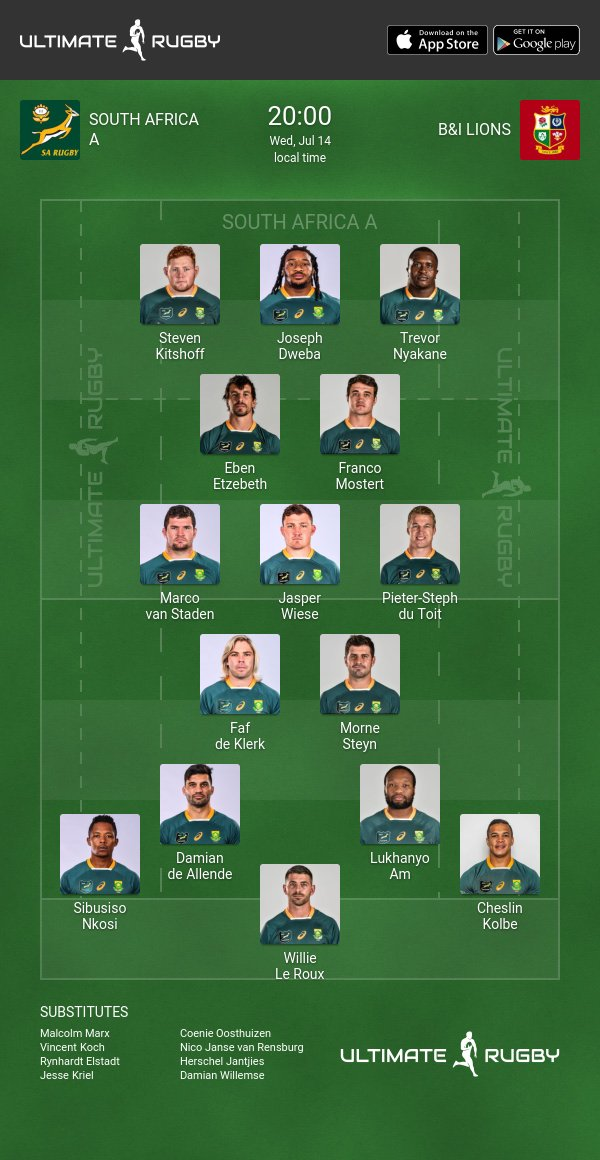 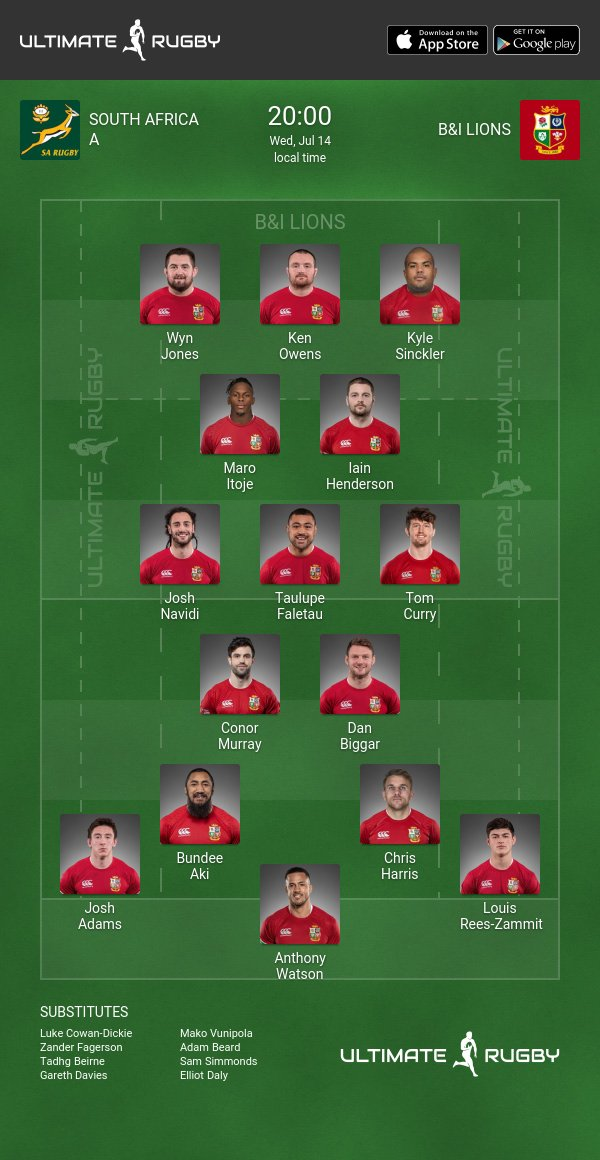 It will be a special night for Springbok flyhalf, Morne Steyn, who – because of the injury to Duane Vermeulen – is the only member of the current squad who did duty against the Lions twelve years ago. If Steyn does well enough to earn selection for the test side later on, it will be an enviable feather in his cap.

While, on paper, this is merely a warm-up to the official three test series, the reality is that fans can look forward to the all the skill and ferocity which a full-blooded test match brings. It will be a great indication as to where the teams are in terms of preparation for what is still to come, but rest assured that nothing will be held back this evening on the cold, wet pitch of Cape Town Stadium.