Ulster and Glasgow Warriors have named their line ups for the PRO14 semi-final clash at Scotstoun Stadium.

DTH van der Merwe was ruled out for the remainder of the season following shoulder surgery in February but has recovered four weeks ahead of schedule.

The 33-year-old scored the dramatic winning try in Glasgow’s last league semi-final victory in 2015, also against Ulster at Scotstoun.

Club co-captain Callum Gibbins returns to lead the side having not played since suffering a head injury against Saracens in March.

Stuart Hogg will play his final game at Scostoun before joining English Premiership side Exeter Chiefs next season, he joins DTH in the backfield, along with fellow club centurion Tommy Seymour.

Glasgow Warriors Head Coach Dave Rennie said: “We’re in a much better place than we were 12 months ago and have trained with a real edge during this three-week break.

“DTH is back earlier than we expected which is a big boost. His power as well as his experience of knock-out rugby will be invaluable tomorrow night.

“We know Ulster will be a completely different animal to the side we faced here last month and we’re going to have to play better than we did that day to get the result.

“We’re all determined to a be a part of a Glasgow Final and know we’re going to have to play our best rugby of the season to get there.”

For Ulster Darren Cave is named among the replacements and he will move level with Andrew Trimble in the all-time appearance list for Ulster (229), if called upon.

There is also a milestone for Nick Timoney, who is set to make his 50th Ulster appearance after being selected to start in the back row.

The pack is unchanged from the quarter-final win against Connacht at Kingspan Stadium. Rory Best will captain the side from hooker, where he is joined in the front row by Eric O’Sullivan and Ross Kane. 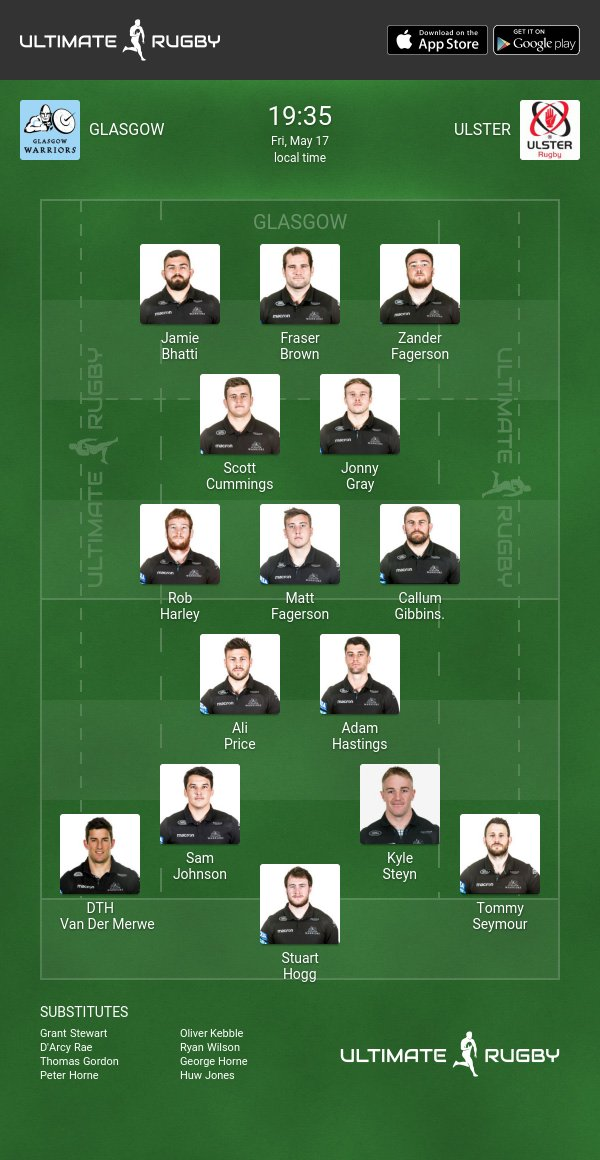 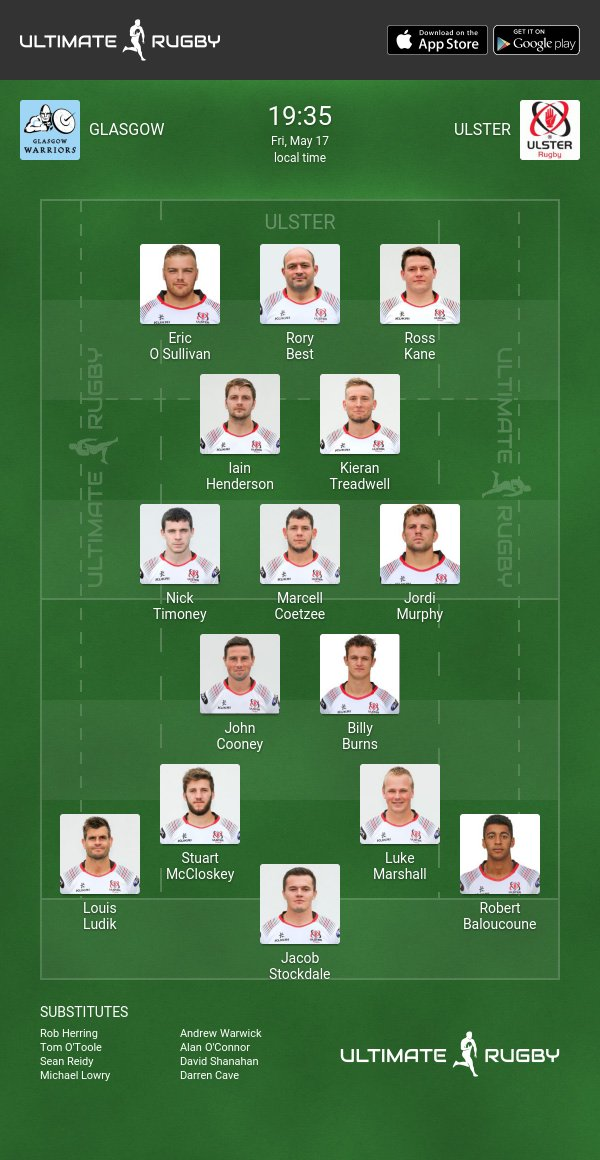