Centre Marco Zanon earn just his second international cap for Italy when they begin their World Cup warm-ups against Ireland at the Aviva Stadium.

The 21-year-old made his Test debut against France in the final round of the Six Nations and is one of just three players who started that encounter who will face Ireland this weekend.

Dean Budd will captain the side in a completely changed forward pack while the back row features Maxime Mbanda, Giovanni Licata a year on from his last Test appearance and Jimmy Tuivaiti who featured off the bench when the Azzurri lost 54-7 to Ireland in Chicago last year.

Dublin-born out-half Ian McKinley is among the replacements for Conor O’Shea’s side, deputising Carlo Canna, while fullback Mateo Minozzi is set for a return after lengthy injury.

There is a potential test debut for Gloucester halfback Calum Braley who qualifies for Italy through his grandmother while Angelo Esposito and Edoardo Padovani are the only two other starters from the side that lost to France. 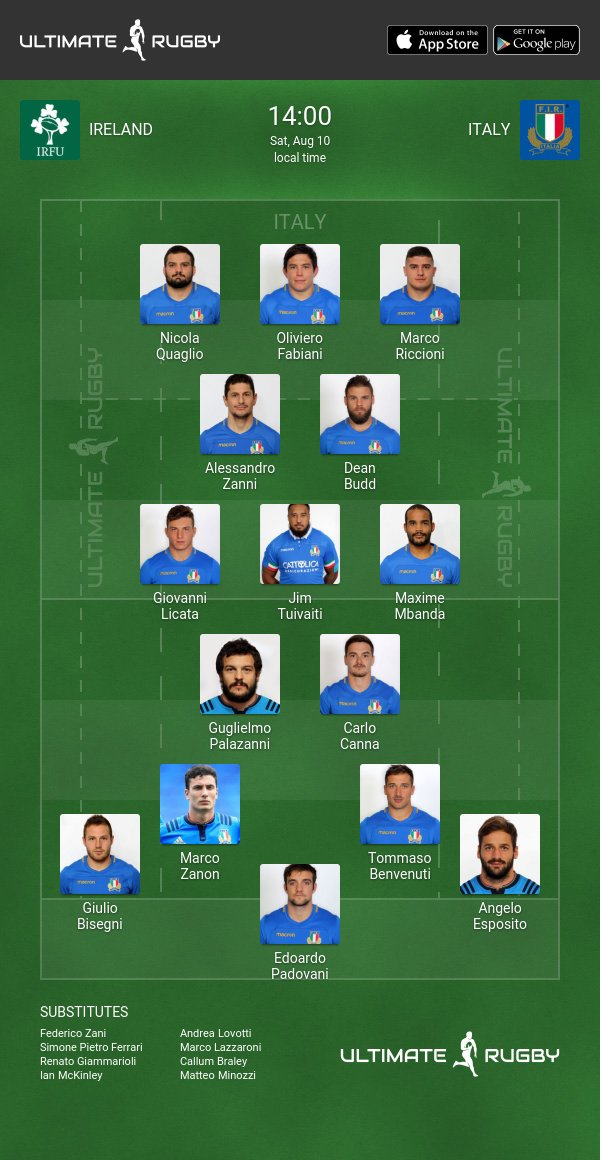