The wounded Wallabies face yet another stiff challenge this weekend when they take on the World Champions in Brisbane on Sunday.


It is a match which has been talked about for some time as the pandemic gave rise to something of a drought in competition between these two proud rugby nations as they were unable to meet in battle once last year.

The last time that the Boks and Wallabies crossed swords was over two years ago – at Ellis Park in Johannesburg – where the home side triumphed 35-17.

The Boks’ start to the Rugby Championship as been as successful as the Wallabies’ has been torrid. Jacques Nienaber’s charges are two from two so far after a brace of victories over the Argentinians in South Africa before both teams boarded the plane to see out the remainder of the competition in Australia.

The Wallabies, after managing to see off the French in a three Test series, had to then contend with the mighty All Blacks in three bruising Tests covering both the Bledisloe Cup and the Rugby Championship. None ended favourably for the men in gold, however, losing 33-25, 57-22 and 38-21.

Now, some three weeks since putting Los Pumas to the sword, the Boks are ready for battle once more. During the team announcement, it was clear that Jacques Nienaber was not putting anything to chance as he rattled off the names of a formidable Springbok team. 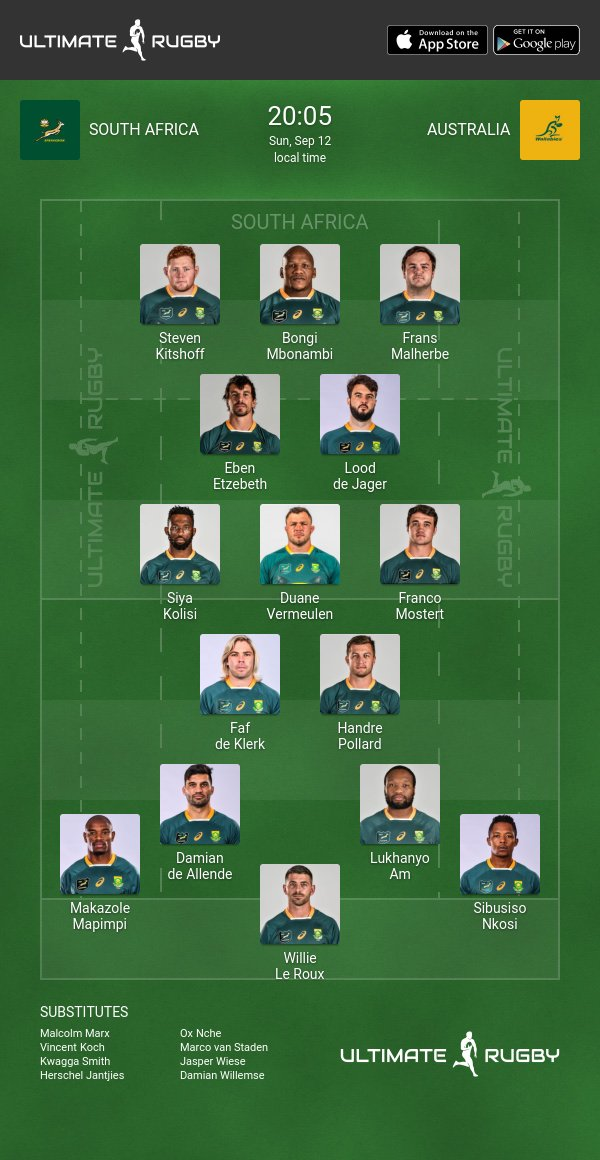 Much gratification will be felt by Springbok fans at the sight of the burly figure of Duane Vermeulen filling the green and gold jersey. Vermeulen last played for his country in the 2019 World Cup final in Japan. Missing out on the British & Irish Lions tour was a bitter pill for the 35 year-old, but he has not lost sight of the fact that there is very important work left to do in 2021.

“Duane has played an active role off the field in our team meetings and with the analysis of the opposition, and he has also provided guidance at training,” Nienaber said. “He returned to full training when we arrived in Australia, so he has been in the thick of things for a while now.”

The Boks bear the significant loss of star winger Cheslin Kolbe, who took a knock to the leg last Friday and will subsequently not be involved in this weekend’s action. On the bright side, he will not be out for long and his position will meanwhile be filled by the robust and capable Sbu Nkosi.

“Unfortunately, we lost Cheslin to injury, but we are fortunate to have Sbu who steps in. He’s been working hard at training and he is eager to get back on the field,” Nienaber said.

“We have been following the progress of the injured players on a daily basis, so we knew that we would be in a position to select most of them for this match.

“Duane, Faf and Herschel are Rugby World Cup winners, and so is Eben, who is back after we rotated him to manage his workload, while Marco has made a strong impact on the field this season as well, so we are pleased to have them back in the fold.

“Australia pose a strong threat with their running rugby and they like to keep the ball in play. They will also be playing in front of a charged-up home crowd, so it will be good to have these experienced players back as they know what it takes to perform in big matches.

After their recent, gut-wrenching trio of Tests, the Wallabies find themselves in trouble after being exposed in many areas of the game by the All Blacks. As expected, questions are now being asked about the wisdom of Dave Rennie’s plan and whether it fits in with the traditional strengths of the Wallabies.

In a potential masterstroke, Dave Rennie recalled the enigmatic Quade Cooper back into the side to take over the flyhalf channel – a move which could potentially unlock the side’s attacking potential.

Young Angus Bell will receive his first Test start for the Wallabies and faces a tough challenge against the wily Frans Malherbe.

Michael Hooper will achieve a personal milestone when he takes the field as he equals George Gregan’s captaincy record.

“We’re thrilled for Quade that he’s earned another opportunity to pull on the gold jersey for his country.”

“He’s had a really positive impact since joining the group, put pressure on us as selectors and he’s excited to get out there and perform on Sunday night.

“The match is also a huge occasion for our leader Michael Hooper. He’s been in phenomenal form and to equal George Gregan’s record as the most Tests as captain of Australia is a testament to his leadership and resilience.

“We also can’t overlook Allan and Reece who will bring up 50 Tests for their country, another outstanding achievement for two ultimate professionals who leave it all on the field every time they wear the jersey.” 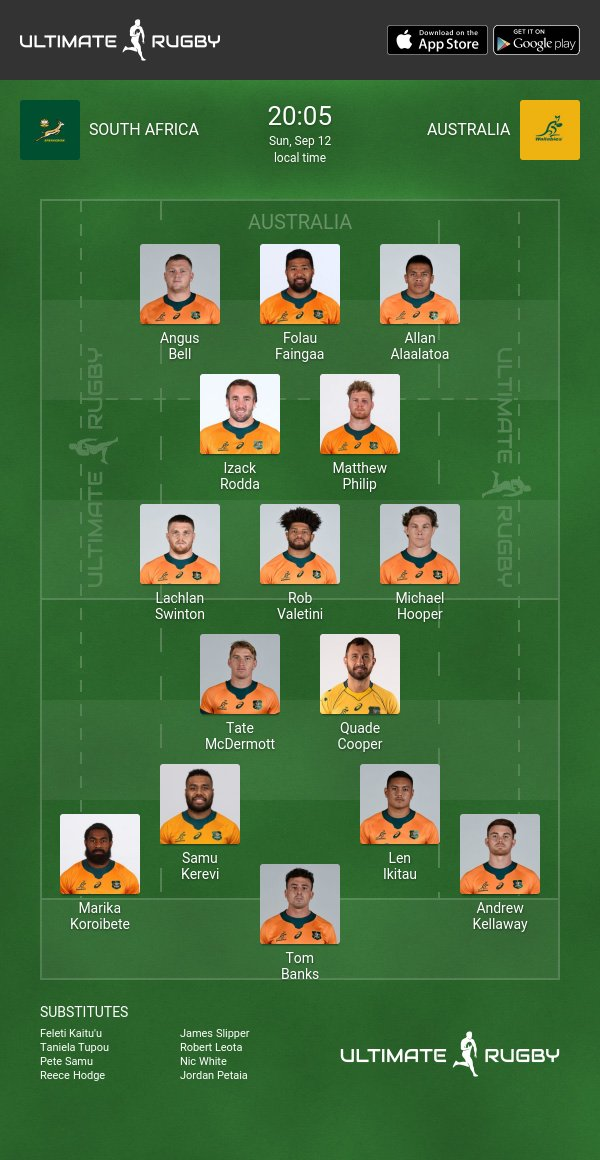 South Africa have won their last two men’s Tests on the bounce against Australia, as many as they had won in their eight encounters prior (D2, L4); the last time the Springboks won more successive games against the Wallabies was a three-game winning stretch from September 2012 to September 2013.

● Australia have lost their last three men’s Tests on the bounce heading into this fixture; the last time they lost more in succession was a four-game stretch from June to August in 2018.