Gordon and Petaia set to make their Test debuts against Italy

Young guns Jake Gordon and Jordan Petaia are each set to make their Test debut for the Qantas Wallabies in their clash with Italy at Stadio Euganeo on Saturday in Padua, Italy.

Gordon will become Wallaby 925 with Petaia to be Wallaby 926, as well as the third-youngest player to ever represent Australia at Test level behind Brian Ford (18 years and 90 days) and James O’Connor (18 years and 126 days).

It’s been a rapid rise for Petaia who was only finishing high school this time last year before going on to star for the Queensland Reds in Vodafone Super Rugby.

He will line up alongside boyhood hero Israel Folau against Italy as Folau shifts back to fullback.

The backline re-shuffle also includes Test veteran Adam Ashley-Cooper, who has impressed at training since joining the squad two weeks ago. The 34-year old will run out for his 117th Test on Saturday and in doing so will become the third-most capped Australian of all time ahead of former Wallabies captain Nathan Sharpe.

Matt To’omua will wear the Wallabies number 10 for the first time in over five years with Bernard Foley shifting to inside centre and Kurtley Beale to the reserves.

Australia last played Italy in 2017 at Suncorp Stadium in Brisbane, with the Wallabies pulling away late to record at 40-27 victory.

The Wallabies last played in Padua ten years ago with Sekope Kepu, James O’Connor and Quade Cooper each making their Test debuts in the 30-20 win. 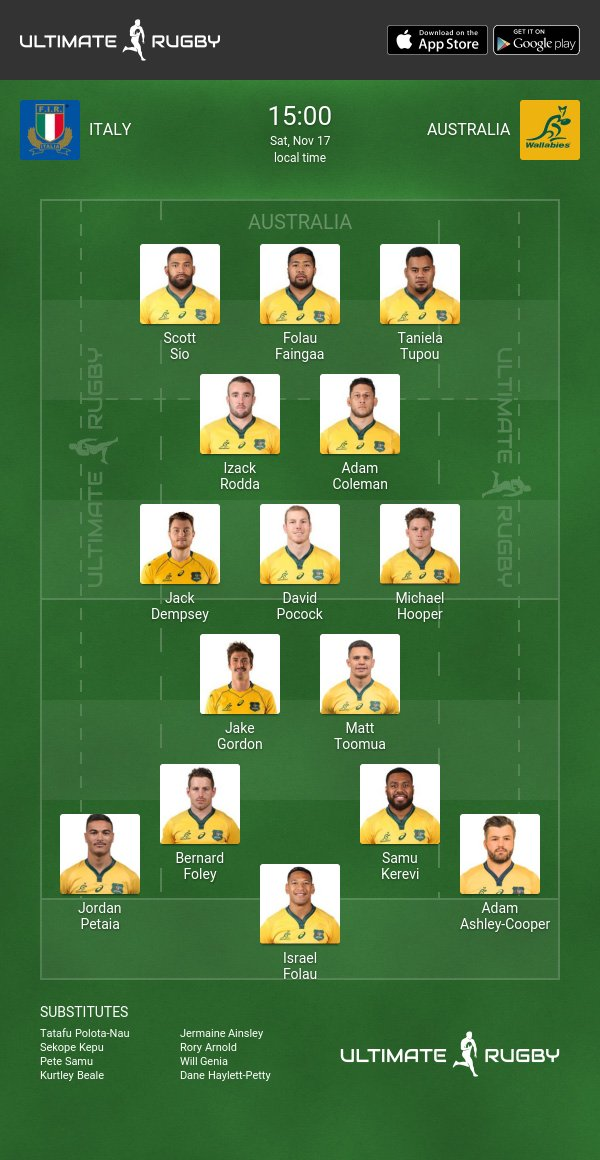