Dane Haylett-Petty has been cleared to return for the Melbourne Rebels ahead of their final regular-season match against the Western Force in Newcastle on Saturday.

After sitting on the sidelines with a knee injury sustained against the Waratahs in Round 4, Haylett-Petty’s return provides a welcome boost for Coach Dave Wessels.

“It’s really nice to have Dane’s experience back in the team,” admitted Wessels.

“All week in training, he adds a calming voice to everybody, and we’ve missed him – we’ve played most of the season now without him, so it’s great to have him back.

“I thought Reece Hodge has played really well at 15, so it wasn’t an easy decision to be honest.”

The skipper's return is just one of several changes announced by Wessels.

Reece Hodge is shifted to outside centre for the injured Campbell Magnay (ankle), whilst Bill Meakes returns to the starting XV in his favoured 12 jersey.

That’s not the only change in the three-quarter line with Tom Pincus favoured over Andrew Kellaway at wing and Matt To’omua handed the reins at 10 in a new look halves pairing featuring James Tuttle.

Up front, Richard Hardwick comes in for Brad Wilkin in the only change to the starting pack, whilst Matt Gibbon returns from a long injury layoff to earn a spot on the bench in place of Pone Fa’amausili (hamstring).

Rebels team to face the Force in Newcastle this Saturday: 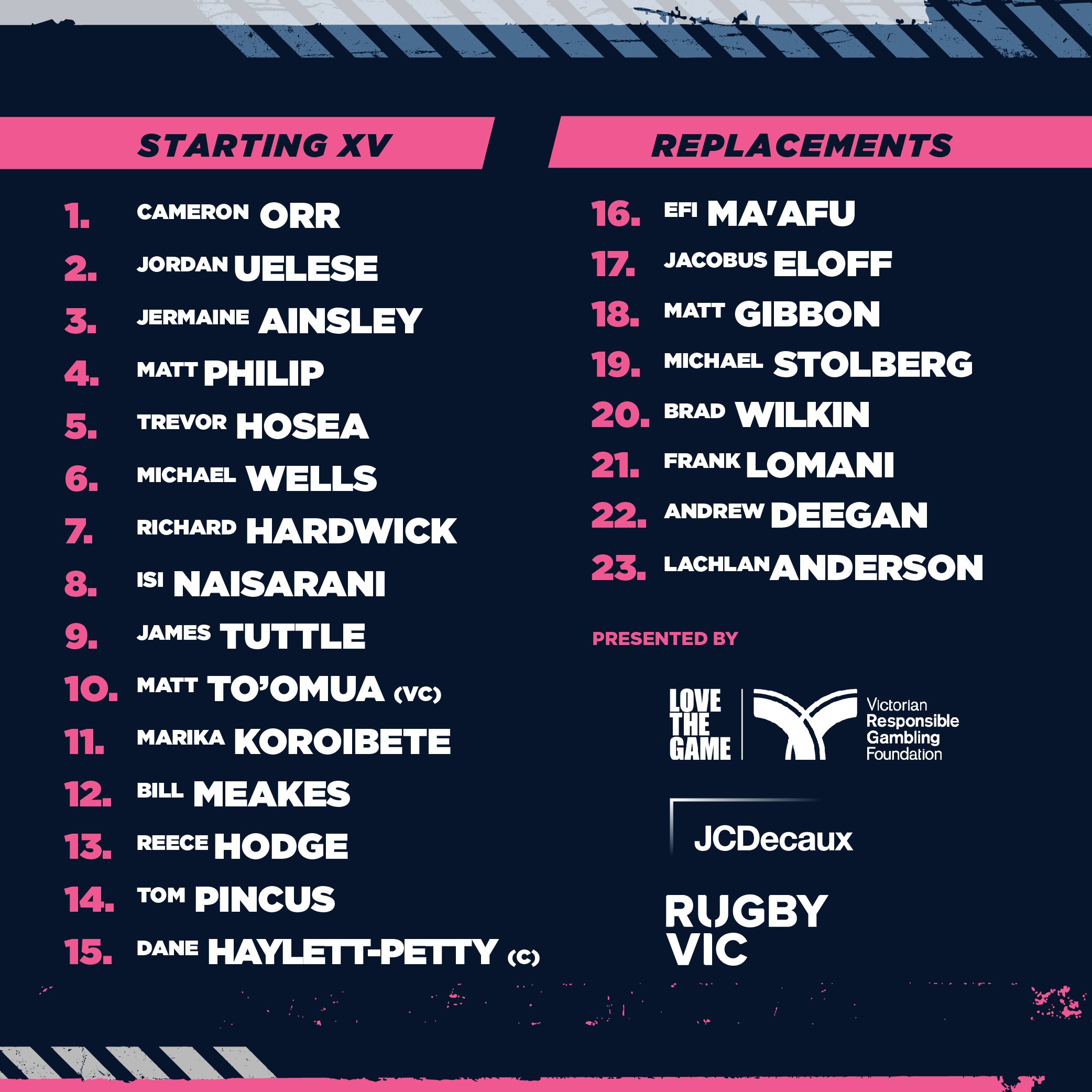 The Western Force has made six changes to their squad to face the Melbourne Rebels in their final 2020 Super Rugby AU match at McDonald Jones Stadium in NSW on Saturday.

The changes include several positional switches in the starting XV, as well as the return of winger Byron Ralston who was rested against the Brumbies last week.

Ralston, who is the Force’s leading try-scorer in the competition with four tries, will start in his regular position of right wing with Marcel Brache switching to the left wing.

The second change to the run-on team is at flank, where Brynard Stander replaces Kane Koteka, who moves to the bench. Stander is a regular number eight but will slot in comfortably on the side of the scrum and continue to make an impact at the breakdown. Stander and his loose-forward partners Fergus Lee-Warner and Henry Stowers will ensure that the back row is competitive in broken play as it has been all season.

Coach Tim Sampson has kept faith with the tight five that has performed well in the past two weeks, bringing stability to the scrums and ensuring strong performances in the lineouts.

In another positional change, Wallaby Kyle Godwin returns to his usual position at outside centre after playing on the left wing against the Brumbies last week.

There are three further changes on the bench. At hooker, veteran Heath Tessmann returns to the squad after last featuring against the Reds two weeks ago.

The final change sees lock Johan Bardoul return to the squad in place of Tevin Ferris. Bardoul missed last week’s clash with the Brumbies and last featured off the bench against the Reds two weeks ago. 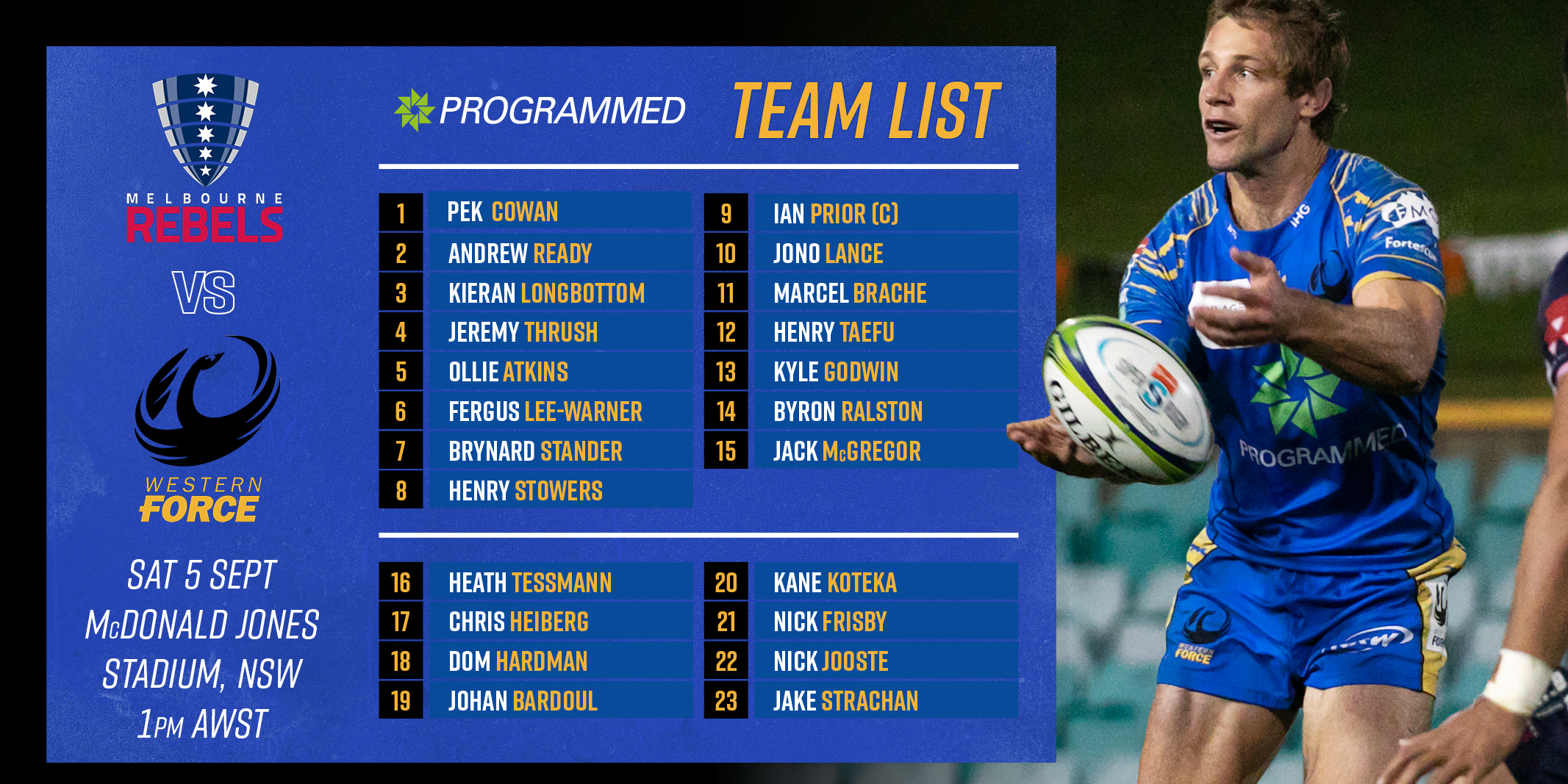