How France Could Line Up In Their Six Nations' Opener

Fabien Galthie's men kick their Six Nations campaign off against Italy on 6 February at the Stade Olimpico.

France captured the attention of all following the competition last year, as Galthie lead a revolution following a disappointing Rugby World Cup. So much so that many betting sites have the French as the second favourites to claim the Six Nations title with England leading the way.

While France had a relatively stable starting line up during the 2020 Six Nations, the team was largely changed during the Autumn Nations Cup due to an agreement between the TOP14 clubs and the national team.

The Autumn Nations Cup provided the opportunity for a number of players to stake their claim for a spot, an opportunity many grasped with both hands.

As we count down the days to the opening weekend of the Six Nations, we take a stab at predicting how France will line up in the opening game. 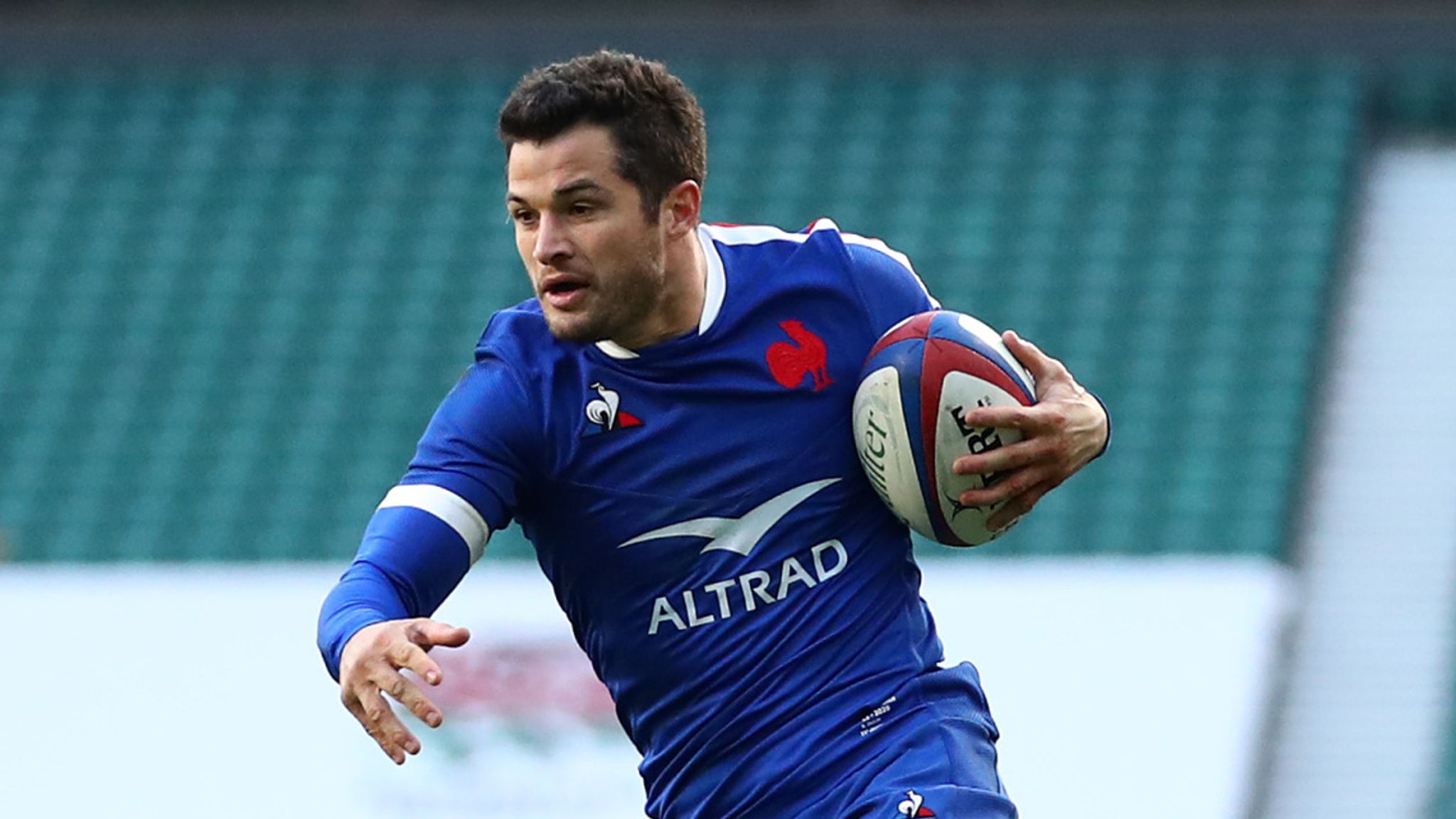 One of the biggest benefactors of the opportunities provided by the Autumn Nations Cup, Dulin returned to the test scene in scintillating form and was voted as the competition's player of the tournament.

More accolades have since followed for Dulin as he was named the top signing of the 2020/21 season, so far, by respected French rugby paper Midi Olympique.

Dulin has revived his career at La Rochelle under the guidance of Ronan O'Gara and Jono Gibbes having not been offered an extension at Racing 92. 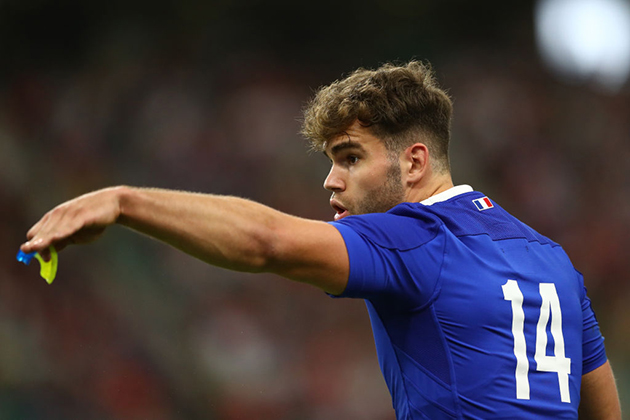 Penaud featured just once for France last year due to injury scoring in the loss to Scotland but fit again, Penaud is one of the first names on the teamsheet.

On his day, Penaud is one of the deadliest and most gifted wingers in the game. Although there are a few wingers in the squad that are in stellar form, Penaud will certainly get the nod. 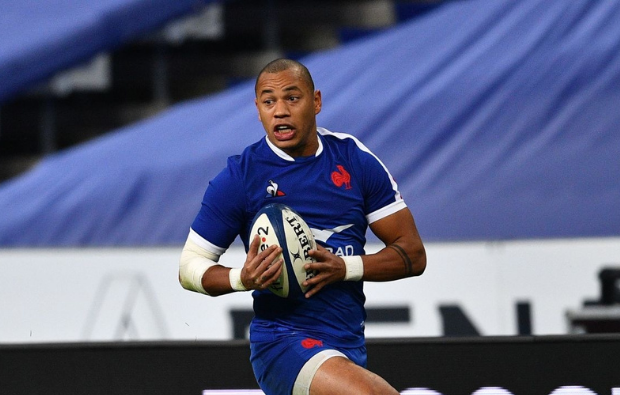 Fickou was a standout performer for France last year and is expected to carry that form into the new year.

While he featured at inside centre and wing for France during 2020, Fickou is likely to fill in for the injured Virimi Vakatawa in the midfield alongside the high rated Arthur Vincent. 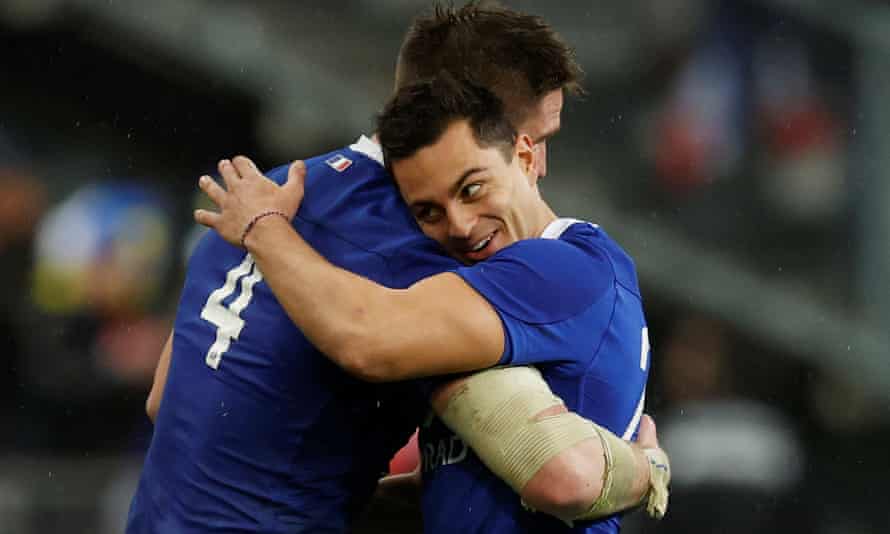 A favoured man by Galthie, Vincent featured regularly for France whether it be via the bench or in the starting XV last year.

2021 is set to be no different for the former France u20s captain. 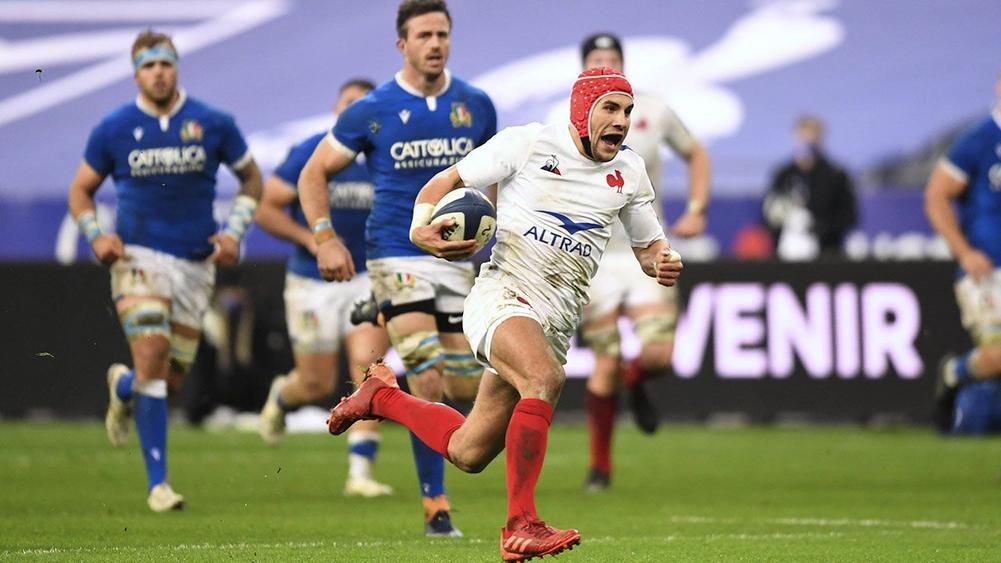 We are yet to see a Galthie starting side that features both Teddy Thomas and Damian Penaud and we expect the wait to continue.

Villiere is another French speedster that is in fantastic form and brings a different approach to the role in comparison to his fellow squad mates.

The 25-year-old is superb over the ball and has an incredible work rate. Like Dulin, Villiere made the most of his opportunities in the Autumn Nations Cup.

With Romain Ntamack sidelined for the start of the competition, the battle for the starting flyhalf role is a two horse race between Jalibert and Carbonel.

Jalibert won the most recent head to head when Bordeaux and Toulon faced off and is currently the front runner for the starting jersey in Ntamack's absence. 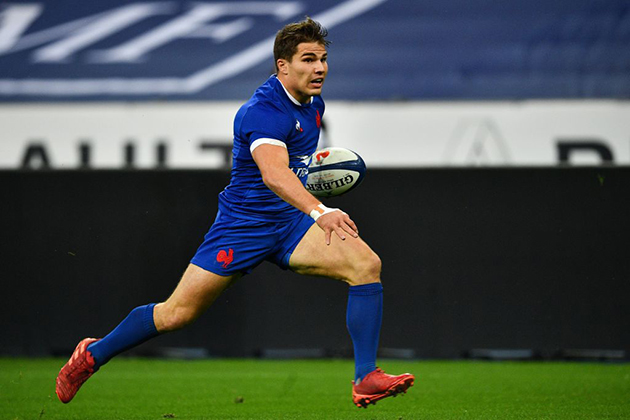 Rotation is the only reason why Dupont would not start every test for France even with the world-class Baptiste Serin breathing down his neck.

If fit, Gregory Alldritt will certainly start at the back of Les Bleus pack, however, a keyhole surgery this week has delayed his arrival in camp and meaning he may well miss the Six Nations opener.

In-form Castres back-rower Anthony Jelonch looks the most likely to fill the void left by Alldritt after Toulouse no.8 Selevasio Tolofua was released back his club for round 20 of the TOP 14.

Bordeaux's Cameron Woki is also a potential candidate for the position as too is captain Charles Ollivon but if Alldritt is not fit, Jelonch is his likeliest succesor. 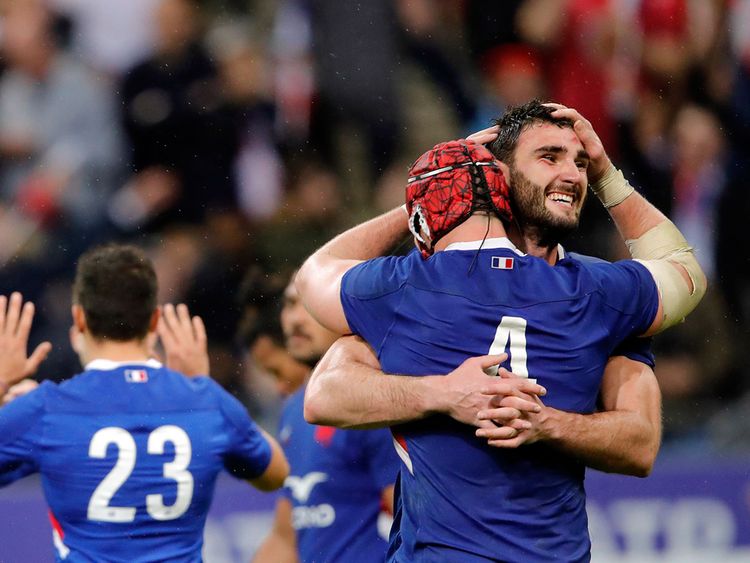 Ollivon looks set to resume his captaincy following his enforced break from the squad during the Autumn Nations Cup.

The French captain did suffer an injury in his most recent match for Toulon but is expected to be fit for the start of the tournament.

Francois Cros was the favoured man for the starting #6 jersey in 2020 starting all six of France's tests of the year before injury struck causing him to miss the Autumn Nations Cup against Scotland.

This handed an opportunity to Dylan Cretin who provided cover for Cros on the bench for many of those six matches. Having recently regained his fitness, Cross was released back to Toulouse for round 20 of the TOP 14 possibly providing an indication that he may not yet be ready for the test arena.

Cretin looks set to do as he did last year and fill in for Cros while again Cameron Woki may find a spot on the side of the scrum. 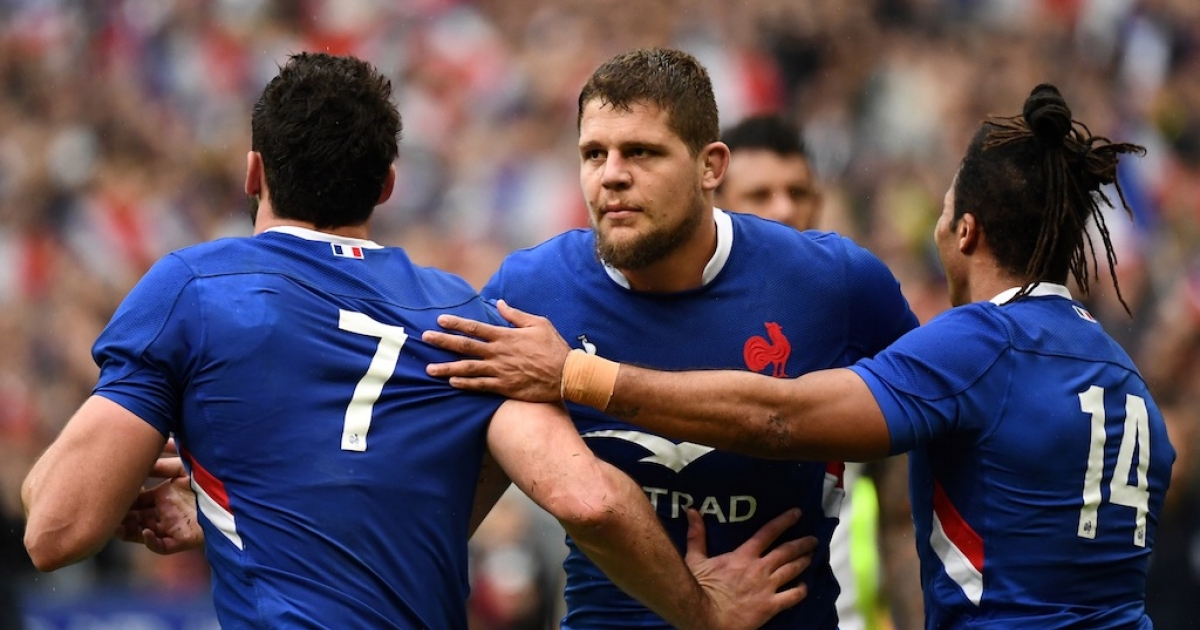 Willemse looks to have cemented his spot in the starting line up and although Montpellier have endured a troublesome run of form, it has not extended to Willemse himself.

Le Roux's performances in 2020 provide no reason for his exclusion. 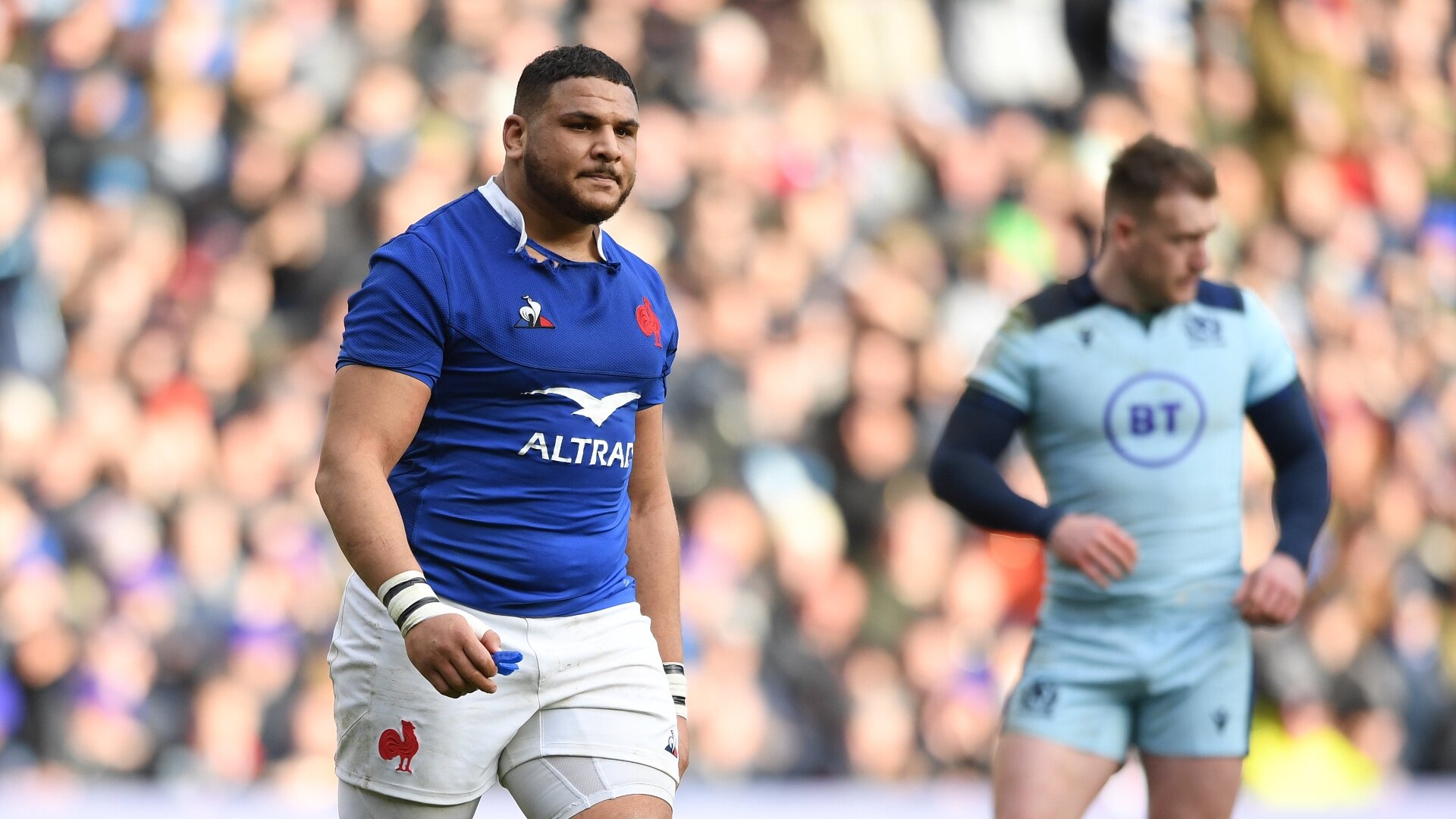 France have quickly built depth in the front but Haouas still looks to be the favoured option at tighthead. 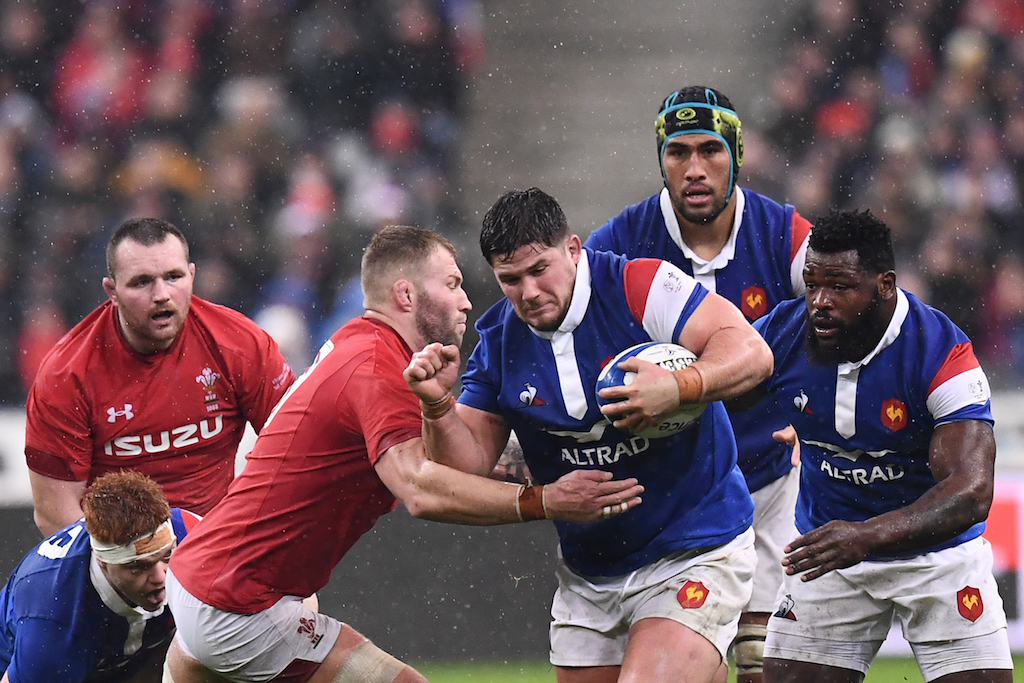 Camille Chat has been in stellar form in recent times and France showed against Scotland that their second string front row is just as a talented as the starters.

Marchand was the first choice hooker for Galthie last year and we expect that to continue with Pierre Bourgarit also forcing his way into the conversation. 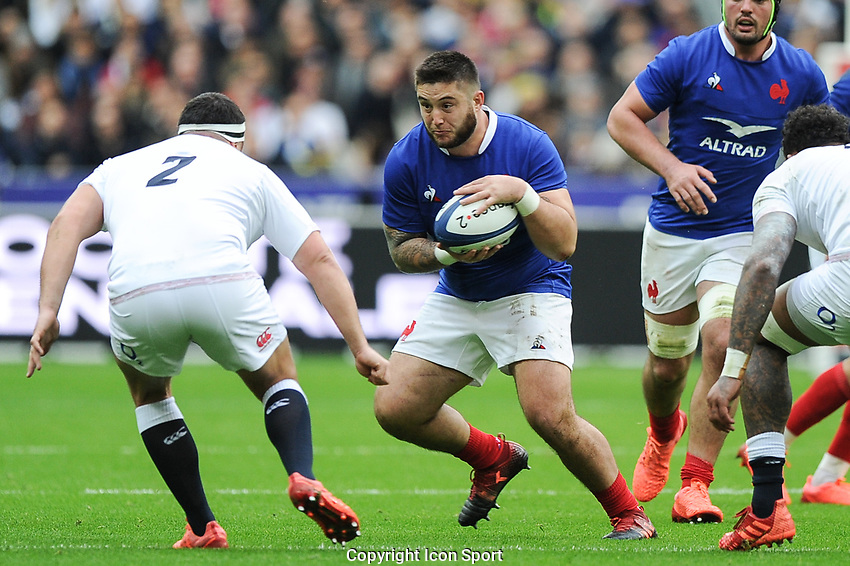 Baille started 2020 as the first choice for the starting role and we tip him to start 2021 in the same fashion.

Hassane Kolingar was released back to Racing 92 for Top 14 action paving the way for Baille to start with uncapped Bordeaux loosehead Thierry Pavia the only man standing in his way.