Before stepping out onto the field at The Aviva Stadium today, the Irish team knew that a bonus point win over Scotland would go a long way to securing this year's Six Nations Championship. With this in mind, Ireland went out and dismantled Scotland in a precise and clinical fashion, scoring four tries and securing those vital five points. Next, all eyes turned to Paris as England took to the field against Les Bleus. In what was a cagey affair, both sides exchanged penalties before France were awarded a crucial penalty try which proved to be decisive as England were beaten by seven points. The English loss in Paris means that Ireland have now won their third Six Nations title in Joe Schmidt's five-year managerial spell - an impressive feat for both players and head coach. Ireland will now switch their focus to Twickenham and the Grand Slam which is surely well within their grasp. 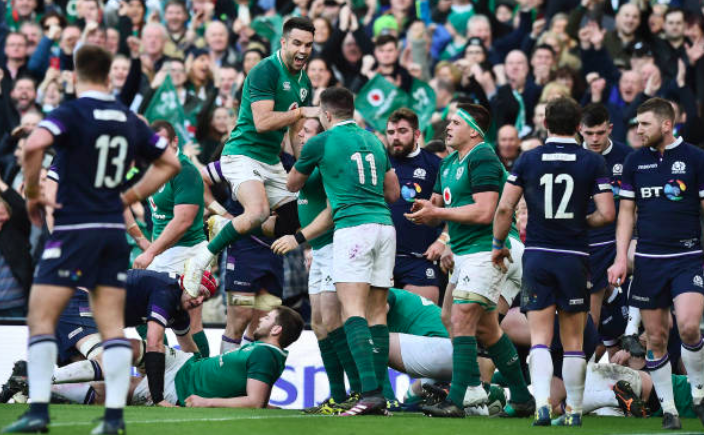