The uncapped Ulster Rugby prop Eric O’Sullivan, who was called up to Andy Farrell‘s squad in recent weeks, is set to make his Ireland debut as he is named amongst the replacements for the Play-Off game.

Johnny Sexton returns to captain the side and is re-united with Conor Murray at half-back. Robbie Henshaw also returns to line out at inside centre with his old provincial partner Bundee Akiat outside centre.

The back three is unchanged from last weekend’s win over Georgia, with Jacob Stockdale at fullback and Keith Earls and Hugo Keenan on the wings.

Up front, Cian Healy packs down alongside Rob Herring and Andrew Porter. James Ryan and Iain Henderson continue in the second row and the back row is made up of Peter O’Mahony, CJ Stander and Caelan Doris. 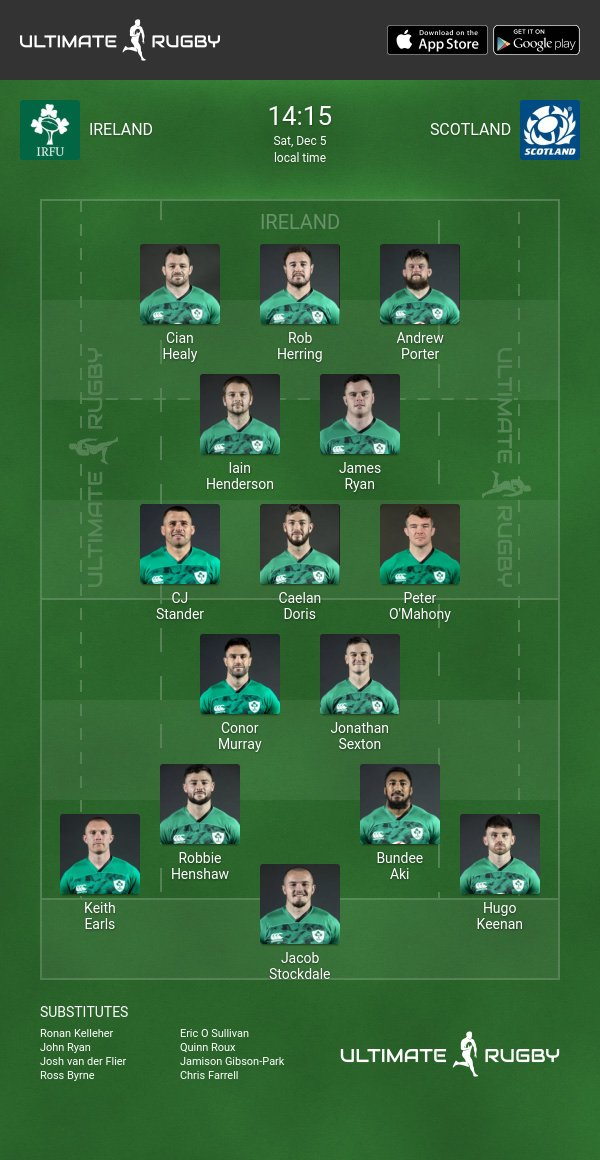