Irish PRO14 Round Up

Two jampacked crowds enjoyed two fantastic Irish InterPro derbies this weekend as Leinster squeaked past Munster and Ulster smashed Connacht in in round 9 of Pro 14.

Alan O'Connor, Billy Burns, Robert Baloucoune, Rob Herring and Nick Timoney all scored for Ulster in their win on Friday with Sean Reidy producing a man of the match performance.

Leinster claimed their repeated their heroics from 2017 with a strong first-half showing with the wind in their back, scoring a try and two penalties two lead 3-13 at the break before shutting up shop in the second half to secure a 6-13 victory.

The hit that stopped Munster in their tracks! 🛑 https://t.co/W1jJiRXJ6E

Stat Leaders from the two clashes:

Man of the match Performances: 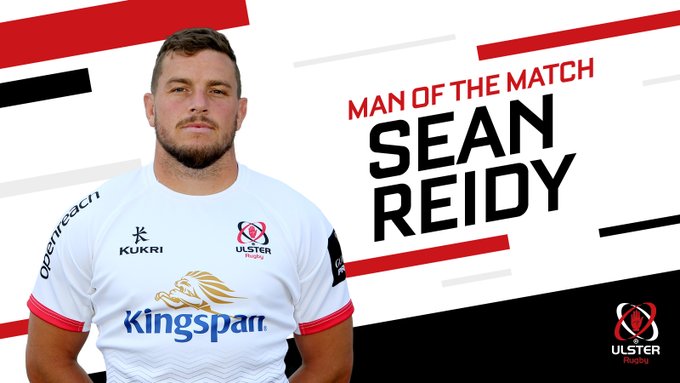 Caelan Doris was on top form once again for Leinster today and was named man of the match 🏅 pic.twitter.com/ib4xAuP0vp

How things stand heading into the new year 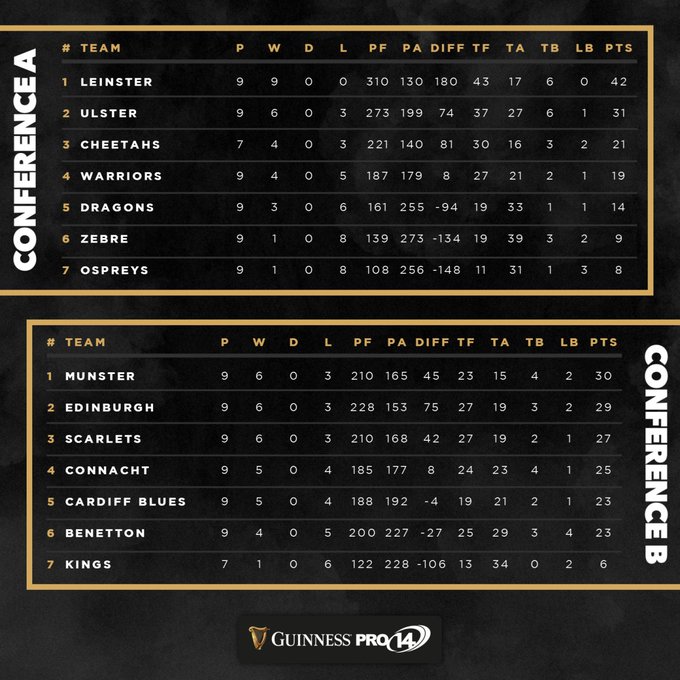