Italy head coach Conor O'Shea has named a 44-man preliminary squad for the Rugby World Cup in Japan. The squad will meet up in Pergine Valsugana on 2 June.

The likes of Marco Fuser, Renato Giammarioli, Marco Lazzaroni and Giosue Zilocchi have all earned recalls to the test squad and will be able to push their way into contention while Mattia Bellini, Giovanni Licata, Matteo Minozzi Marcello Voili and Alessandro Zanni all return from their respective injuries.

50 per cent of the squad is made up of Benetton Treviso players following their success in the PRO14, while 16 of the players have been called up from Zebre and the remaining 6 come from clubs outside of Italy.

There are three debutants in the squad with the likes of scrumhalf Callum Braley, hooker Enjiel Makelara and prop Marco Riccioni all added to the squad.

Ten players from the squad have featured for Italy in previous World Cup with Sergio Parisse set to feature in his fifth consecutive World Cup while Leonardo Ghiladini and Alessandro Zanni could feature in their fourth World Cup.

Twenty-two of the players earned their test debut under Conor O'Shea, while 14 lined up for the first time under Jacques Brunel and two under Nick Mallet. Zanni and Ghiraldini won the first cap under Pierre Berbizier while Parisse earned his back in 2002 under Sir John Kirwan. 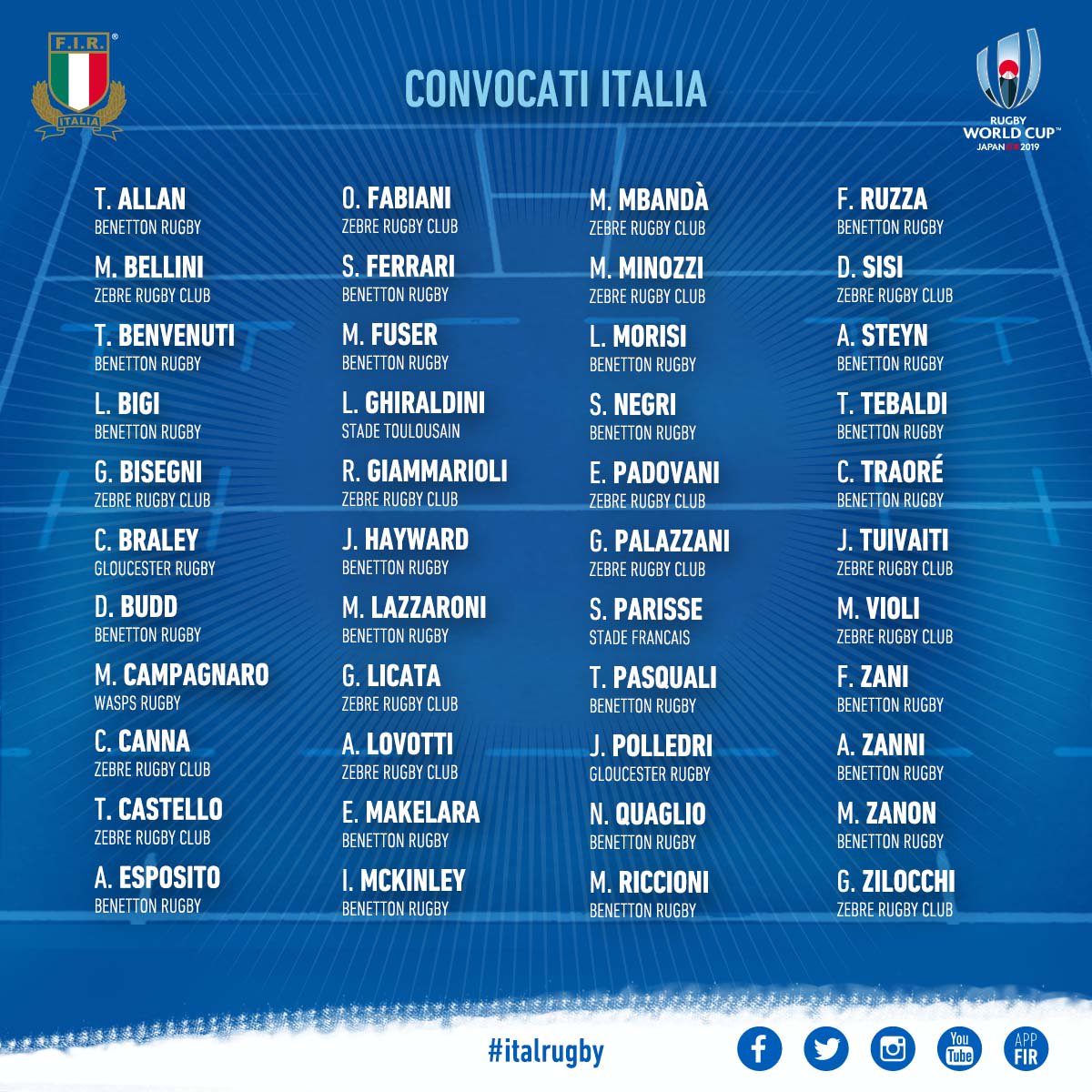