Japan coach Jamie Joseph has named his team for the Pool A match against Scotland at Yokohama Stadium on Sunday 13 October.

The side sees four changes to the starting XV which beat Samoa last Saturday.

Hooker Shota Horie returns from the bench last week to the starting line-up. Second-row Luke Thompson returns to replace Wimpie van der Walt who drops out of the 23. Winger Kenki Fukuoka, who scored the winning try against Ireland, replaces Lomano Lemeki on the left. Lemeki drops out of the 23. Full-back William Tupou comes in for Ryohei Yamanaka who is now on the bench.

Van der Walt and Lemeki are the only players from last weekend's 23 who are not involved in the final pool phase match.

Luke Thompson will become the first player to play 13 RWC matches for Japan, breaking the record he currently shares with Hirotoki Onazawa. 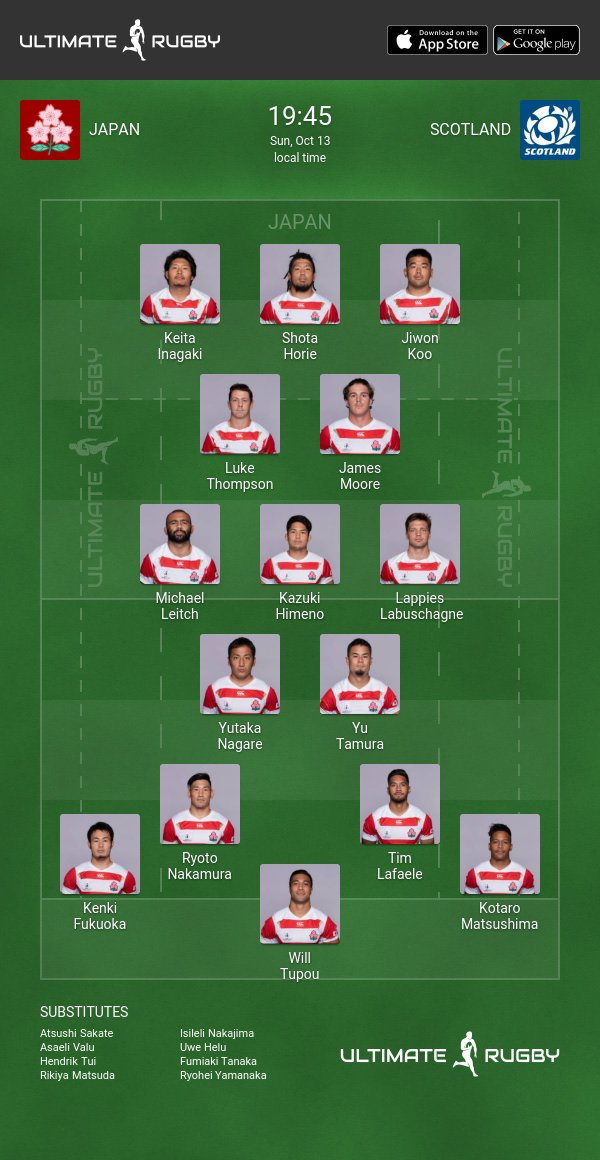