Newcastle Falcons and Leicester Tigers will face off in a crucial battle in the race to avoid relegation on Friday.

The Falcons have boosted by the return of the likes of Mark Wilson, Simon Hammersley and Andrew Davidson. The Tigers have also named a strong side with England Internationals Jonny May, George Ford and Manu Tuilagi all included in the backline.

Graham Kitchener and Matt Smith are set to make their 150th Premiership Rugby appearances for Leicester Tigers. Second-rower Kitchener, who made 25 top-flight appearances for Worcester Warriors before joining Tigers in 2011, is again at the heart of the pack while Smith can reach the 150 landmark for his hometown club as he returns from injury to take his place among the replacements.


With Kyle Eastmond ruled out by a hamstring injury suffered against Exeter Chiefs last weekend, Gareth Owen joins Manu Tuilagi at centre and Matt Toomua continues at full-back as Tigers go to Kingston Park in Round 19 of the Premiership campaign.

George Ford captains the team in the absence of the suspended Tom Youngs, with Jake Kerr taking over at hooker. Australia international Tatafu Polota-Nau is added to the replacements.

Fit-again Falcons' full-back Hammersley slots back in after missing last weekend’s trip to Saracens, lock-forward Davidson doing likewise in a side showing no further changes. 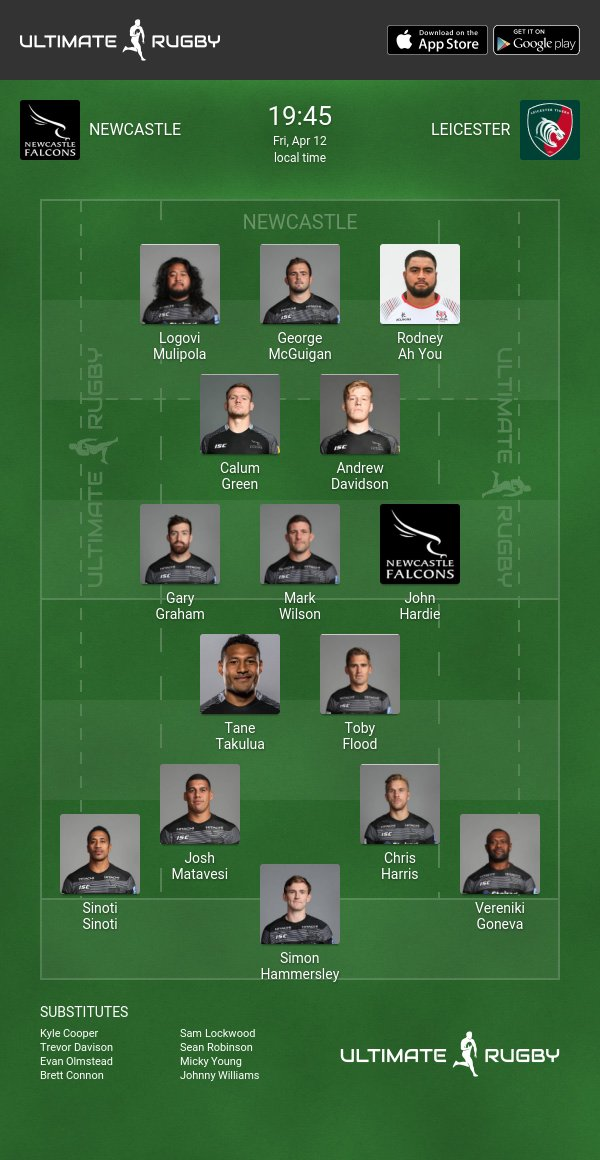 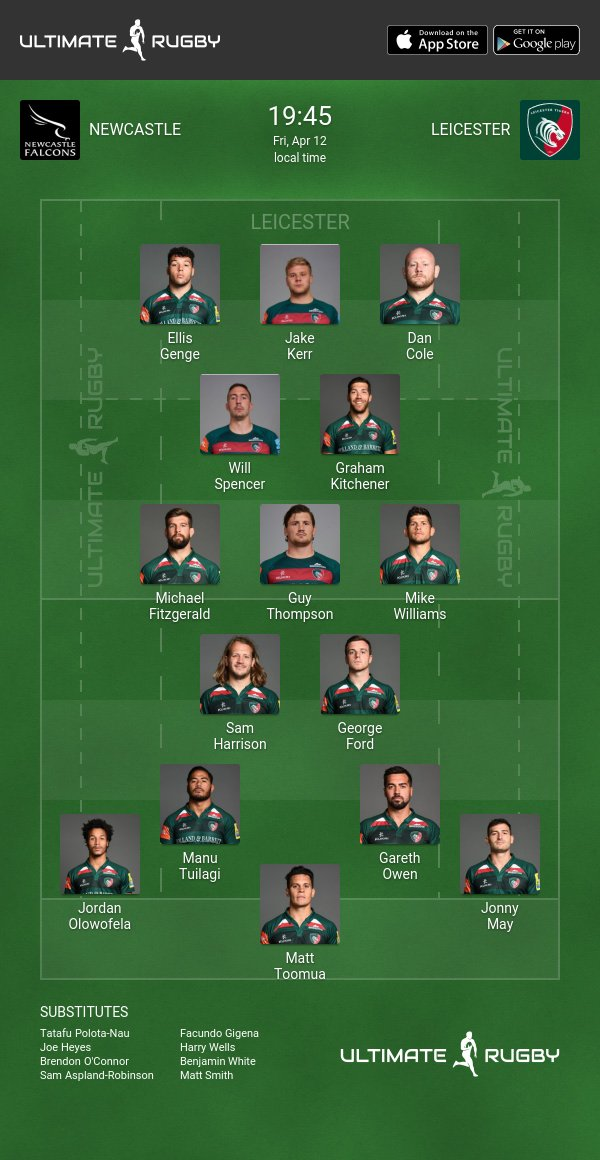