Waratahs Head Coach Daryl Gibson has announced his side to take on the Rebels on Saturday at the SCG.

Kurtley Beale will have the opportunity to stake a claim for the Wallabies’ fullback spot at the World Cup after being handed the No.15 jersey vacated by Israel Folau while Michael Hooper will celebrate his 100th NSW Waratahs match.

Teams will be playing for the Weary Dunlop Shield on the night, named in honour of Sir Edward ‘Weary’ Dunlop, who represented Australia and Victoria in rugby union and served as a medical officer in World War II.

Saturday night’s game will also pay tribute to the current and former service men and women with a special ANZAC ceremony. 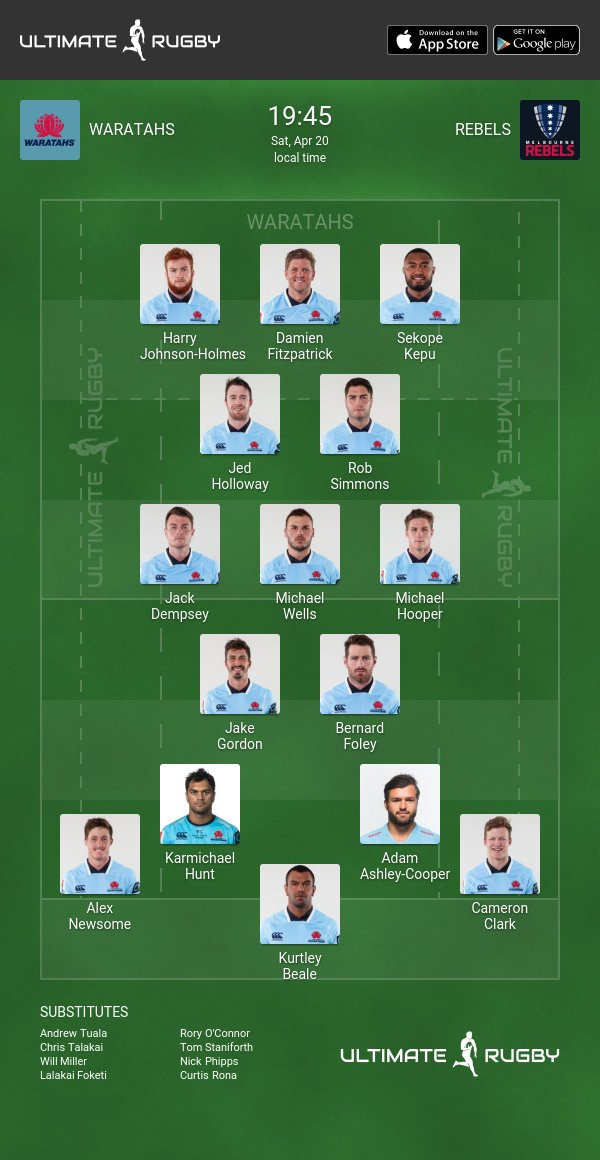