The Blues and Chiefs have both named their teams for Sunday's clash at Eden Park.

Two Blues players – Blake Gibson and Beauden Barrett – will make key appearances in the match, with two-time world player of the year Barrett making the first of his six starts for the Blues at first-five while Gibson returns after a hamstring twinge to play at openside in his 50th game.

Gerard Cowley-Tuioti starts at lock with Josh Goodhue to come off the bench after some big minutes in this campaign; while Caleb Clarke and TJ Faiane return to the starting line-up.


In the reserves All Black Karl Tu’inukuafe and Sam Nock return from injury while utility Emoni Narawa is bracketed with Otere Black, who will need to come through Friday’s contact session. 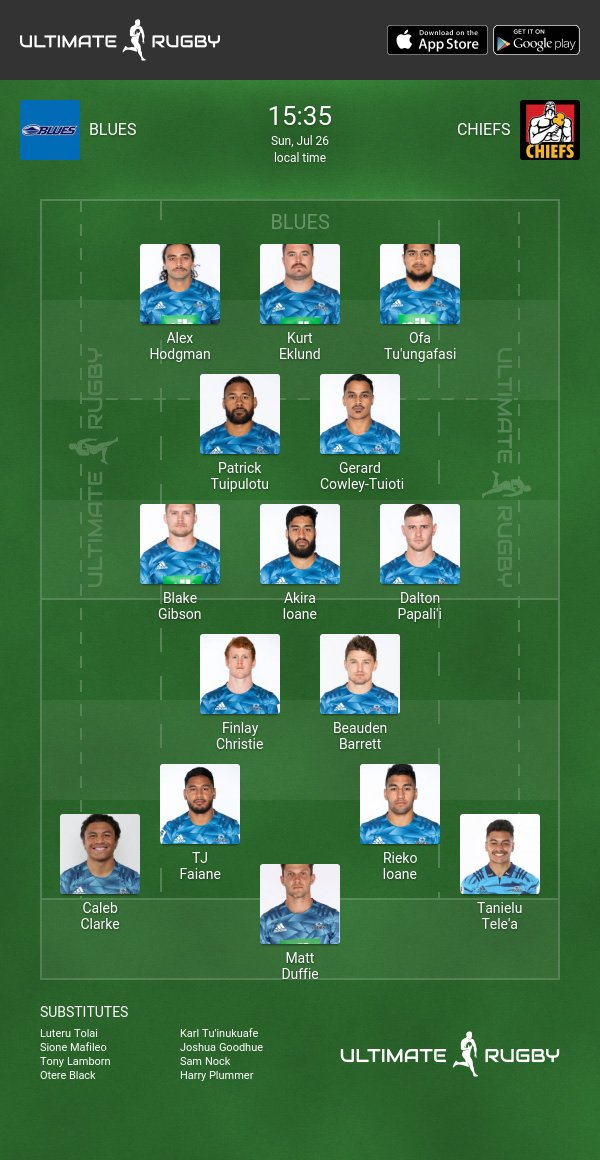 Chiefs Head Coach Warren Gatland has made only three changes to his twenty-three for the derby clash. 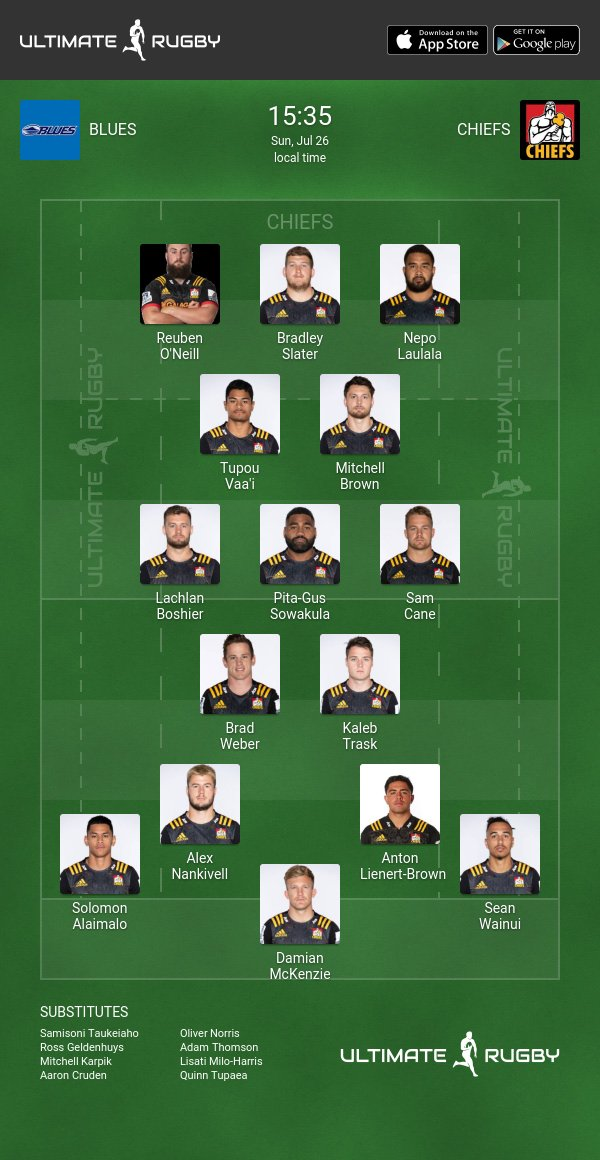