Lions head coach Swys de Bruin has made only made two changes to the side that will host the Super Rugby quarter-final against the Jaguares at Ellis Park.


Ross Cronje replaces the injured Nic Groom, who underwent surgery for a broken hand on Tuesday, sustained in the match against the Bulls last Saturday. Groom will miss the remainder of the Super Rugby competition.

In the only other change to the starting line-up Aphiwe Dyantyi comes in at wing which will see Courtnall Skosan move to the bench.

Dylan Smith makes his way onto the bench after recovering from a calf strain sustained against the Sharks, as do Dillon Smit, the replacement scrumhalf. 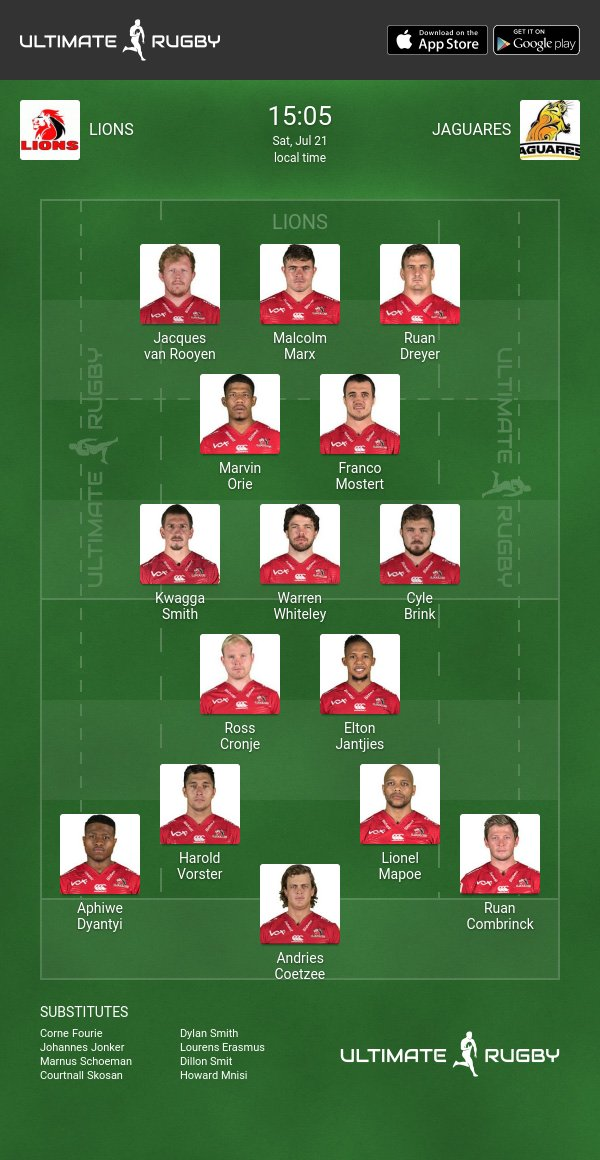