England men U20s head coach Steve Bates has named his side for the Six Nations opener against Ireland at the Irish Independent Park in Cork on Friday.

The side will be captained by Fraser Dingwall at outside centre and includes full senior international Ted Hill at blindside flanker, who is named as vice-captain.

Nine players in the starting XV have been capped at this level, with seven playing in the final of the 2018 World Rugby U20 Championship in France.

As well as Dingwall and Hill, lock Joel Kpoku, flanker Aaron Hinkley, No 8 Tom Willis, fly half Marcus Smith and centre Tom Hardwick were part of the side that lost to France in Beziers last summer.

Prop Marcus Street will be appearing in his third U20 Six Nations Championship, while England’s replacements also include four players capped at this age group.

Among the replacements is centre Cameron Redpath who earned selection for the senior tour to South Africa last summer, before being ruled out through injury.

Steve Bates said: “The message to the squad this week has been that this is a great opportunity for them to show how good they are at the start of another Six Nations campaign and they should play with confidence.

“This is a very exciting, talented group of players and they should not forget to play like it, we have to go out there on Friday and really express ourselves on the pitch but we know we have to respect the opposition who will be positive about their chances in this competition as well.

“This is a team full of experience, who are hugely talented and it is a shame we can only pick 15 as we’ve left out some very good players.

“The replacements will all be expected to make an impact on Friday, while the wider squad who will not be in Ireland, will also be required at various points in the competition and we need everyone to stay involved as they will play further down the line.” 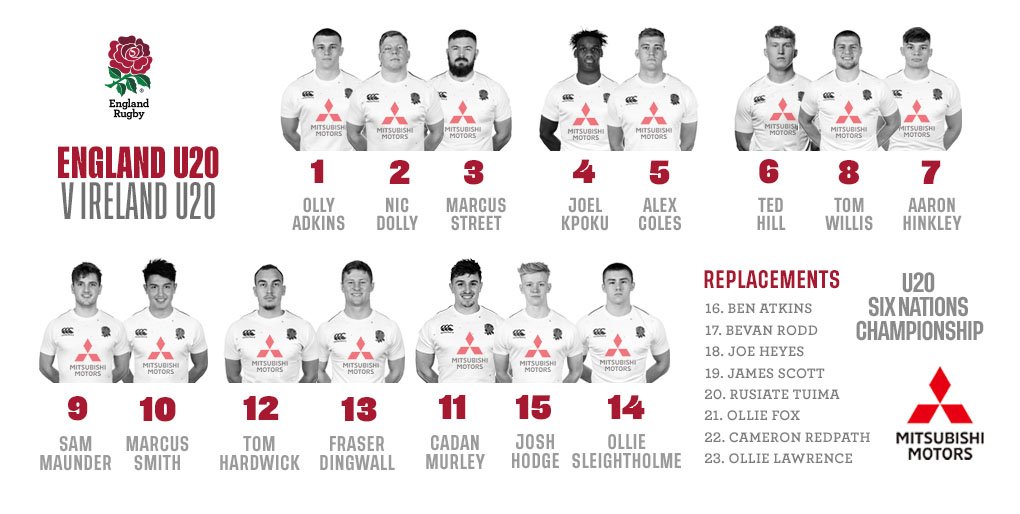