The former Edinburgh and Scotland captain made over 150 appearances for the club (2001-2012) and returns from a five-year term with the national team, where he was recruited by Head Coach Gregor Townsend to occupy a dual role with Glasgow Warriors in 2017.

He joined Glasgow as Assistant Coach in 2016 and operated in that capacity for club and country until 2019 – helping the club reach the PRO14 semi-final and Grand Final (2018 and 2019) and two Champions Cup quarter-finals (2017 and 2019) – before focussing fully on national team matters for the past two years.

In this time, he has been credited widely for his role in developing several of Scotland’s pre-eminent attacking talent, while the national side has enjoyed its best return in the professional era, including an away and home double against Australia in 2017, lifting the Calcutta Cup three times (2018, 2019 and 2021), four wins over France and an away-day hoodoo-ending success over Wales, as well as those over France and England earlier this year.

Blair’s contribution was recognised recently with his appointment as Interim Scotland Head Coach, only for the matches to be abandoned as coronavirus affected the camp and that of their opponents.

The recent departure of Richard Cockerill then presented a timely opportunity for Blair to take on the reins of the club he represented over a decade, having been born and bred in the capital city and schooled at Edinburgh Academy. 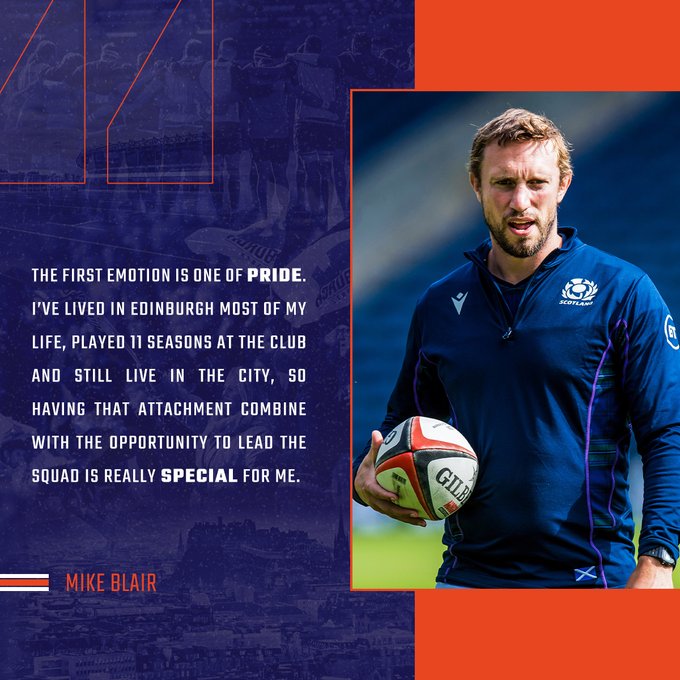