Milestone match for Ben Smith against the Crusaders

Ben Smith will play his 150th game for the Highlanders on Friday night. Highlander #160 he made his debut in 2009 and debuted later that year for the All Blacks (75 games), he has scored 190 points for the southern-most club. Born and raised in Dunedin, schooled at the local Kings High School and a member of the local Green Island club, he can certainly lay claim to be a true southern man.

An amazingly versatile player who can play equally well at wing or fullback, he has perfected the art of evasion, possessing an uncanny ability to break tackles and a rare skillset the enables him to play largely mistake free rugby week after week. The consummate professional his performances have earned him the reputation as being a model of consistency over the years.

Head Coach Aaron Mauger is full of praise for his Captain, “it’s difficult to fully express Bender's contribution to this team and the club over the years, it really is incalculable. He is the ultimate professional in how he conducts himself on and off the field and a great inspiration to any player. It’s fantastic he has reached the 150th game mark; a milestone Ben and his family can be very proud of. ” 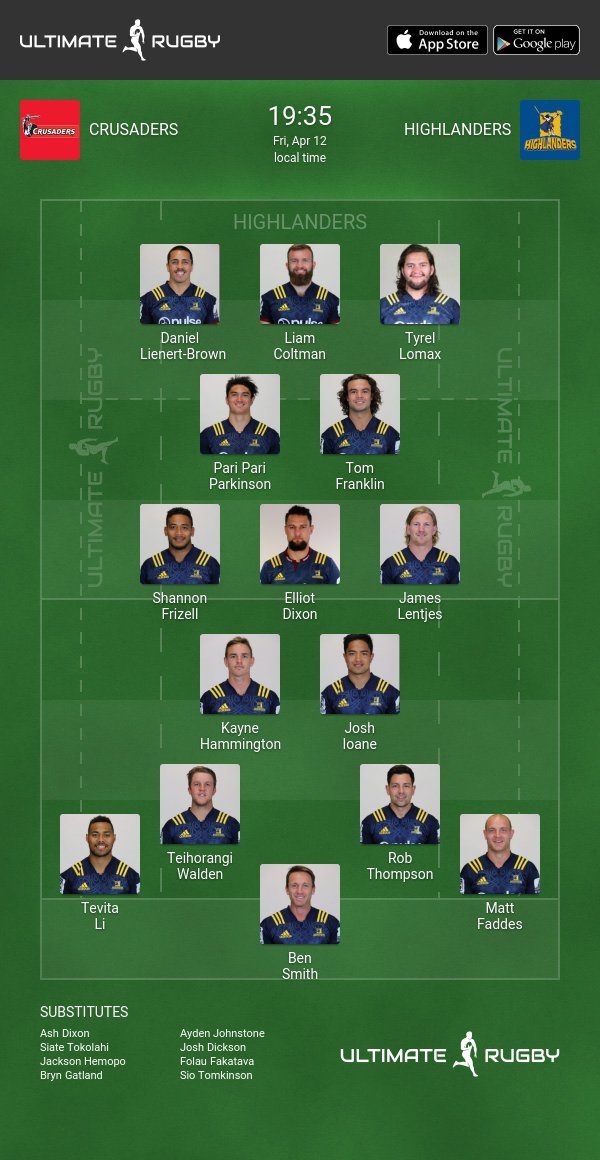 Andrew Makalio will start this game at hooker, and Ben Funnell has been named on the bench. Codie Taylor, who was withdrawn from last week's match with a calf strain, will be rested this week ahead of the bye. Owen Franks, who suffered a shoulder sprain in the Brumbies match, will also sit out the southern derby, and is replaced by Michael Alaalatoa in the No. 3 jersey. Oliver Jager will provide cover on the bench.

The final changes to the forward pack will see Sam Whitelock and Whetukamokamo Douglas return to the starting side, and Whitelock resume the captaincy.

At halfback, Bryn Hall and Mitchell Drummond swap this week, so that Hall starts and Drummond moves to the bench. Jack Goodhue and Braydon Ennor both return to the starting side at centre and on the right wing respectively. The only other change to the match day 23 sees Mitch Hunt replace Brett Cameron on the bench.

Crusaders team to play the Highlanders: 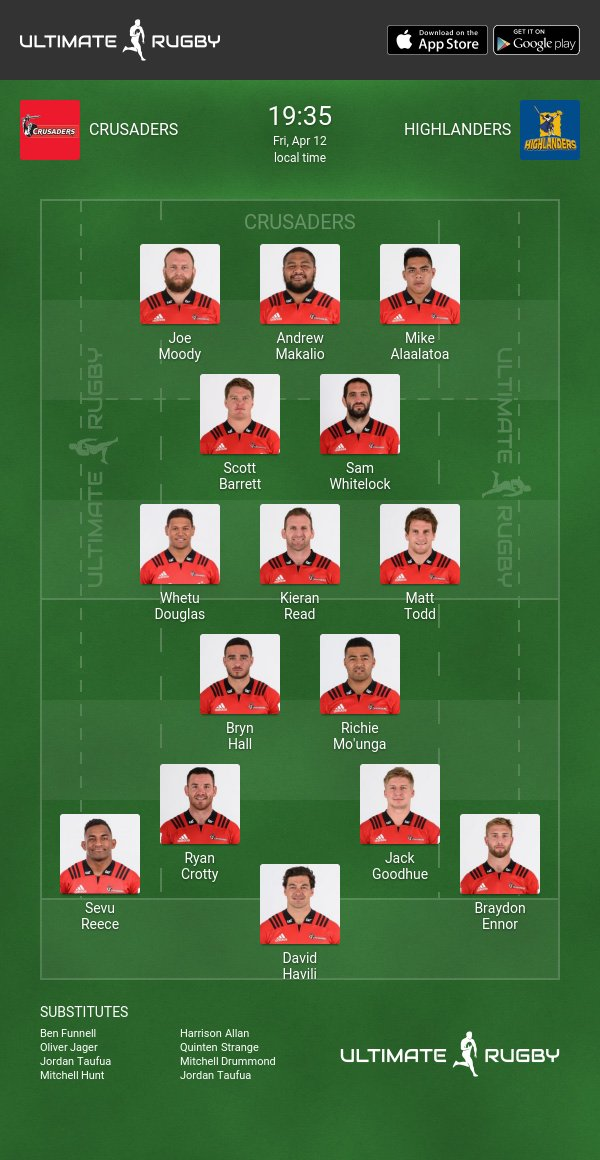