Scott Robertson re-commits to the Crusaders Crusaders Head Coach Scott Robertson has confirmed his plans to remain in New Zealand, announcing he has re-committed to the Crusaders and New Zealand Rugby for the 2020 and 2021 seasons.  Full story

Sio Tomkinson to appear before a SANZAAR Judicial Committee Hearing

Following initial consideration by the SANZAAR Foul Play Review Committee, Sio Tomkinson of the Highlanders will appear at a SANZAAR Judicial Committee Hearing after being Red Carded for alleged foul play during a Super Rugby match at the weekend.

Tomkinson is alleged to have contravened Law 9.13 Dangerous tackling and Law 9.16 Dangerous Charging during the match between the Chiefs and Highlanders at FMG Stadium Waikato in Hamilton on Friday 15 February 2019.

He was shown a straight red for his shoulder charge on Brodie Retallick, who said after the match that he was uninjured All Black and Highlanders loose forward Liam Squire has inked a two-year deal with Japanese club NTT Docomo Red Hurricanes. He will join the club later in the year. Full story

Ashton ruled out for Wales clash 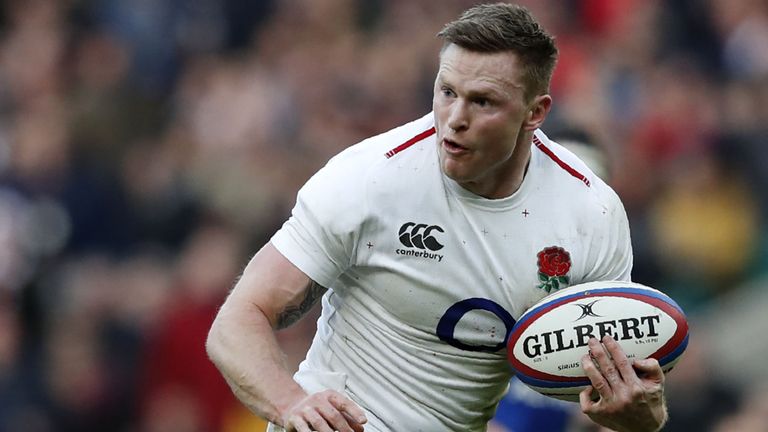 England wing Chris Ashton has been ruled out of next weekend's Six Nations clash with Wales due to a calf injury.

The Sale Sharks man came on as a replacement during the opening victory over Ireland in Dublin and featured from the start as England maintained their winning start against France last time out.

Racing announced Carter's return in a short video on their official Twitter account and reports suggest the 36-year-old will link up with the team in March through to the end of the season.

Carter, a two-time winner of the Rugby World Cup, is reported to have signed a medical joker contract, with Racing having worked on the paperwork for his temporary release from Japanese side Kobelco Steelers. Exeter Chiefs Director of Rugby Rob Baxter insists he’s edging ever closer to putting in place his squad for next season after two more of his current stars agreed new contracts with the club.

Having already tied up the futures of a number of his squad in recent weeks, scrum-half Stuart Townsend has committed his future to the club until at the least the summer of 2021 with a new two-year deal, while fellow number nine, Jack Maunder, has also penned a fresh one-year contract with the club.

Super Rugby Round 1 Try of the Week