The NSW Waratahs have named their team to face the Hurricanes in the opening round of the Super Rugby Trans-Tasman competition.

NSW Waratahs Co-Coaches Chris Whitaker and Jason Gilmore have made two changes to the starting XV that took the field against the Rebels in the final Round of Super Rugby AU, while adding two new players on the bench.

Will Harrison returns to the side via the bench after recovering from a hamstring injury that has kept him out of the side since Round 7, with Ben Donaldson starting in the halves alongside skipper Jake Gordon.

Waratahs Co-Coach Chris Whitaker was happy to have both his fly-halves available for the weekend.

“I think Donno has played well in the past two games he’s started there, so he deserves to stay there,” said Whitaker

“It’s great to have Will back, he’s obviously coming back from injury, but he’s done a full week of training so we’re going to bring him back off the bench. We have confidence in both those players and expect them to get plenty of game time.”

Charlie Gamble makes his NSW Waratahs starting debut replacing Carlo Tizzano at openside and is joined in the backrow by Will Harris and Lachlan Swinton.

“I think the times Charlie’s come off the bench for us, he’s performed really well and deserves his chance to start in a game,” Whitaker said.

“We’re looking for Carlo to lift the intensity at the back end of the game, Charlie has been doing it really well and we expect Carlo will do the same this week.

Wallaby props Angus Bell and Harry Johnson-Holmes make up the front row alongside Dave Porecki for the fourth straight match.

Mark Nawaqanitawase starts on the wing in place of James Ramm, who dislocated his shoulder in the last round of Super Rugby AU and is joined in the back-three by Alex Newsome and Jack Maddocks.

“James Ramm is going to be out for a few weeks so it’s a great opportunity for Mark on the wing. He’s obviously got some skills and hopefully he gets the chance to show what he can do out there,” Whitaker said.

Tepai Moeroa re-joins the team for the first time since Round 5 of Super Rugby AU. 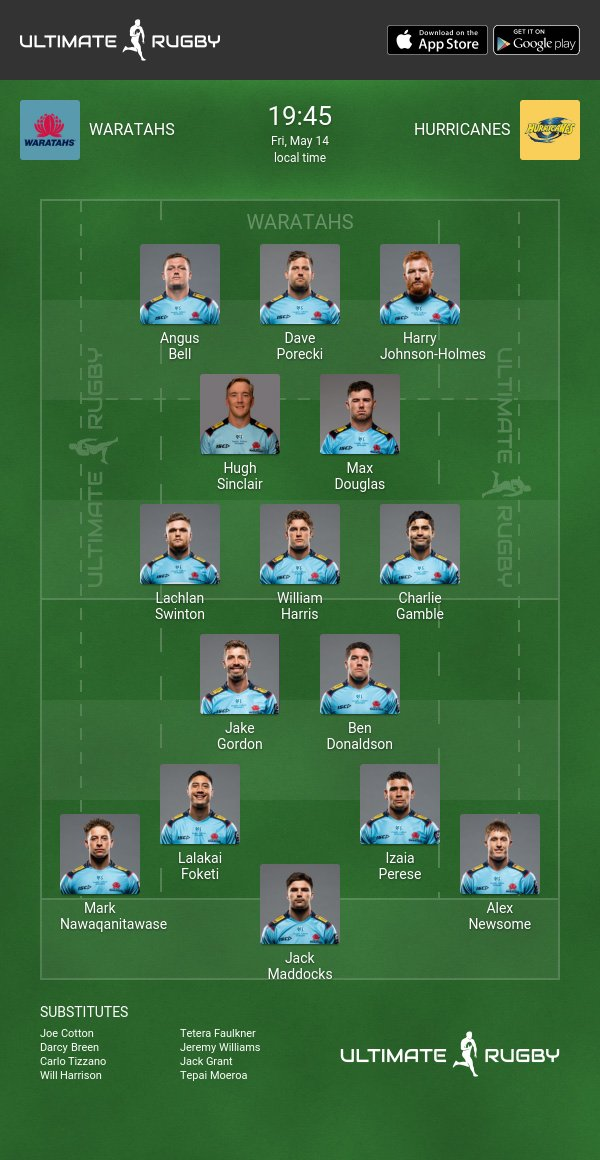